A pair of executives at Kinder Morgan Canada have each been awarded $1.5-million retention bonuses in connection with the sale of the Trans Canada pipeline to the Canadian government. 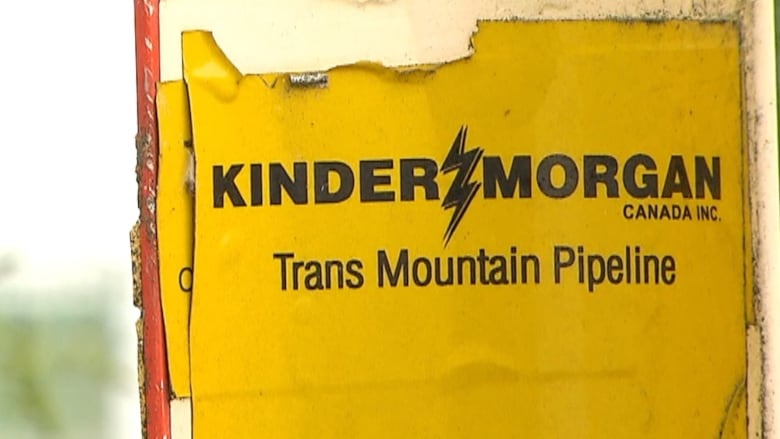 Kinder Morgan wants to expand its Trans Mountain pipeline from Alberta to the B.C. coast. (CBC)

A pair of executives at Kinder Morgan Canada have each been awarded $1.5-million retention bonuses in connection with the sale of the Trans Mountain pipeline to the Canadian government.

The company's board of directors approved the bonuses, which will be paid to Ian Anderson, the president of the company, and David Safari, who is vice-president of the Trans Mountain Pipeline system and expansion project.

The information is contained in a regulatory document filed with the U.S. Securities and Exchange Commission. The report is dated May 28.

It was on filed June 1 and is signed by Kinder Morgan Canada Ltd.'s chief financial officer, Dax Sanders.

The document states that the retention bonus for Anderson and Safari "will be payable in equal parts on July 2019 and July 2020, provided that the applicable officer remains employed" by the company through those dates.

Anderson has been with Kinder Morgan and its Canadian predecessors for more than 38 years. He became president of the Kinder Morgan Canada Ltd. in 2017.

The awarding of the bonuses came one day before the public announcement by federal Finance Minister Bill Morneau that the Canadian government was buying the Trans Mountain pipeline and related infrastructure for $4.5 billion.

Ottawa stepped in as the Trans Mountain project faced opposition from the B.C. government, environmental activists and some Indigenous groups.

Luis Suarez: We lost the title ourselves. For the sake of prestige, Barca must concentrate on fighting for the Champions League
Real Madrid is ready to sell Ceballos for 25 million euros
Manchester United is ready to pay 120 million euros for Sancho if they get into the Champions League
Saul: if Real Madrid win La Liga, it will only be because they deserve it. VAR puts a penalty in their favor, as they put pressure on the opponent
Tiago put his house in Munich up for sale. Liverpool was Interested in him
Glushakov before the game with Spartak: I have no problems with the fans
Olivier Giroud: I'm Glad that my goal helped Chelsea win
Source http://www.cbc.ca/news/business/kinder-morgan-retention-bonuses-1.4690911?cmp=rss

Orlando dump NYCFC, seal spot in round of 16

Kamloops wildifire classified as ‘being held’

Alabama gets four-star LB Blackshire out of Texas

Edmonton’s Walterdale Bridge closed in both directions after crash

Over a million villagers marooned, displaced in Bangladesh amid heavy flooding

China to impose retaliatory sanctions over U.S. law on HK

Canada adds 331 new coronavirus cases as deaths close in on 8,800

Montreal police still not equipped with naloxone, despite surge in overdoses