Nova Scotia has announced it will receive its first shipment of the AstraZeneca COVID-19 vaccine next week.

The shipment will carry 13,000 doses of the vaccine that Health Canada approved on Feb. 26.

“This vaccine provides another tool in our fight against COVID-19 and builds on the roll-out that is already underway in our province as we work to vaccinate all Nova Scotians,” Premier Iain Rankin said in a news release.

“We are pleased that conversations with Doctors Nova Scotia and the Pharmacy Association of Nova Scotia have resulted in a commitment from them to develop a plan by next week.”

The AstraZeneca vaccine is the third approved for use in Canada. The country has received 500,000 doses from the Serum Institute of India. 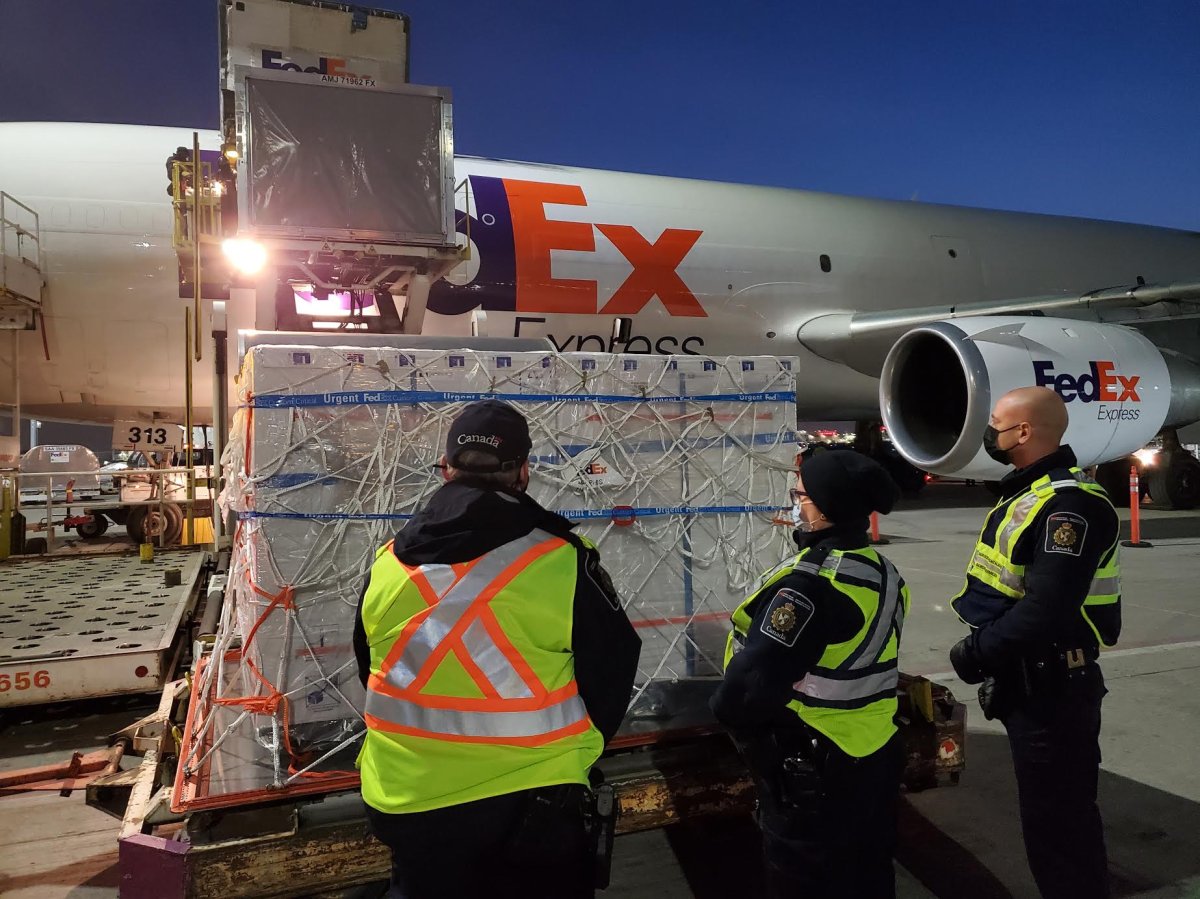 Shipments of the newly authorized AstraZeneca COVID-19 vaccine have arrived in Canada.

The province said Nova Scotia’s decision to accept the vaccine was made after health officials ensured that receiving the doses would not impact the current rollout in which those over the age of 80 are being immunized.

“We have to move fast as we are mindful of the fact that we have a short window to use it given that they will expire in a month,” Rankin said in the release.

The AstraZeneca vaccine doses being received next week must be used by April 2. It will be administered as first doses for Nova Scotians between the ages of 50 and 64, starting March 15.

“It is on a first come, first served basis,” the province says.

This vaccine, like the Pfizer-BioNTech and Moderna vaccines, is given in two doses.

However, the AstraZeneca vaccine is the first viral vector-based COVID-19 vaccine approved in Canada.

The province says mRNA vaccines do not contain the COVID-19 virus. “Instead, they teach our cells how to create the protein needed to trigger an immune response to protect against infection.

“The AstraZeneca viral-vector-based vaccine also don’t use the virus that causes COVID-19, but a different, harmless virus that triggers an immune response.”

According to the National Advisory Committee on Immunization (NACI), it is recommended that authorities offer this vaccine to people between the ages of 18 and 64.

NACI “recommends that higher efficacy vaccines should be offered to those who are most at risk of severe disease and exposure in order to reduce hospitalizations, deaths and to limit the worsening of health inequities,” the province said in the release.

Another difference is storage and handling requirements of the new vaccine.

“Moderna and Pfizer-BioNtech vaccines require cold or ultra-low cold storage, while the AstraZeneca vaccine can be transported and stored between 2 and 8 degrees Celsius, similar to standard flu vaccine.”

Arsenal, Lazio and Wolverhampton are Interested in Yaremchuk. Gent wants 15-20 million euros for their top scorer
Bayern are set to extend their contract with Choupo-Moting. The striker wants to play regularly
Yaya Toure: I want to work as a coach in Barcelona. I was very much loved there
West Ham want to sign Arsenal striker Nketiah in the summer
Gaisca Mendieta: I hope Messi will spend his entire career at Barca. I'm sure the others would like him to test himself at another club
Messi fights with a robot, Real Madrid against 109 children, Medvedeva dances to Sailor Moon - this is the madness of Japanese TV shows
At the World Cup in Qatar in 2022, it is planned to vaccinate all participants of the tournament against coronavirus, said the Minister of Foreign Affairs of Qatar, Mohammed bin Abderrahman al-Thani

Motor racing-Spanish Formula One GP will go ahead without spectators

On the front lines of Mile End's chicken war

Kathryn Marshall: Sharing photo of naked Liberal MP was no joke — an apology is owed

Playing Russian roulette with COVID-19: How fatigue, frustration are affecting some mindsets

‘We can’t heal if we don’t have answers’: A year after Canada’s largest mass shooting, agonizing questions remain

Quebec vs. ROC: We’re faring better in the third wave

To win the next election, the Conservatives need to be taken seriously on climate change

Who opens a new tourist attraction during a pandemic? Meet Canada's most-optimistic entrepreneurs

Rwandan deported from the US faces seven charges related to genocide

Sonny Gray to make season debut for Reds vs. Indians

Jazz fret about Donovan Mitchell ahead of matchup with Lakers

Dodgers pull away from Padres in 12th, win 7th straight

Luke Weaver, Diamondbacks try to get upper hand vs. Nationals

Myanmar releases prisoners for New Year, though likely not dissidents

Police told to scale back tactics in Duante Wright protests, but violence continues