Ontario's provincially owned liquor retailer is no longer selling a Russian vodka brand due to complaints from the Ukrainian community that the name evokes memories of Soviet dictator Joseph Stalin.

The Liquor Control Board of Ontario (LCBO) was selling Stalinskaya Silver Vodka online and in its stores.

But for Ukrainians, the memories dredged up by the use of the name are anything but positive.

"Our first reaction was one of shock and disappointment," said Nick Krawetz, one of many in the province's Ukrainian community who contacted the LCBO to demand the brand be taken off its shelves.

"It's definitely offensive just given the history."

Joseph Stalin ruled from 1927 until his death in 1954, sending around a million citizens to labour camps and executing about 700,000 people. His campaign to collectivize agriculture resulted in a famine in the early 1930s that killed millions of people in Ukraine and other parts of the Soviet Union.

Krawetz was browsing the LCBO website when he stumbled upon the brand of vodka.

"It definitely caught my attention. [It] just seems so odd that such a product would even be on that website. And so it caught me by surprise," he said.

"I felt inclined to reach out and voice my concerns because I don't think that product has a place in Ontario or any province or territory in our country."

The Ukrainian Canadian Congress (UCC) sent a letter to the LCBO urging the vodka brand be removed.

"I think anything that makes reference to Stalin needs to be put in the context of him being now very much recognized as a murderous dictator who used his communist regime to kill millions of people in Ukraine and in other parts of the Soviet Union," said Ihor Michalchyshyn, the CEO and director of the UCC.

The LCBO responded to the concerns, saying it has stopped selling Stalinskaya online and in its stores. 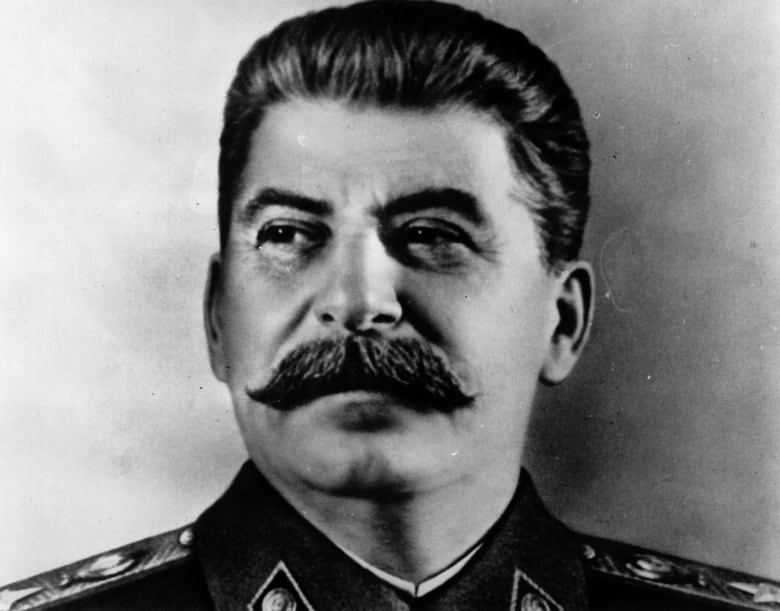 "Following feedback from a number of our customers, the LCBO further reviewed Stalinskaya Silver Vodka and found it does not meet the LCBO's name and labelling standards and is no longer available for sale through the LCBO," the statement read.

CBC Toronto has reached out to Stalinskaya but has not received a response.

The UCC says it wants all businesses to be mindful when using symbols or names associated with the Soviet Union.

"Unfortunately, we've seen that people, various companies or individuals try to use the Soviet Union, the USSR, as a hip or cool or ironic branding," said Michalchyshyn.

"For us and for many other communities who suffered because of the Soviet Union, we don't see it that way. We see it [as] very inappropriate."

The UCC wants to review the LCBO's community and product standards to make sure nothing like this happens again.

"Our job is to educate people about Stalin, about the impact of his terror on the Soviet Union, on the people of Ukraine, and, quite frankly, on the descendents in Canada." Michalchyshyn said.

Police incident closes Highway 1 in both directions in North Vancouver

ATP roundup: Stefanos Tsitsipas moves into third round of Olympics

Olympics-Hockey-Netherlands, Britain breeze to wins in women’s hockey in Tokyo

Yankees hold on for close win over Rays

Olympics-Basketball 3×3-At first medal matches, DJ Lass is there to pump up the volume

Olympics-IOC says has ‘huge respect and support’ for Biles

Analysis: Perhaps it's time for Quebec to reimpose a mask mandate in classrooms

California expands state healthcare to undocumented residents 50 and up

Some restaurants, pubs in Kelowna temporarily closed because of positive COVID-19 tests

ZICARELLI: No game for Jays, but talk of Scherzer

Saskatchewan children 6-11 with autism now eligible for up to $6,000 a year

Olympics-Athletics-Records set to tumble but how do we know what’s great any more?

Olympics-Athletics-Seeing’s not believing – how doping has tainted athletics