Hamill died at a Brooklyn hospital from heart and kidney failure, his brother Denis confirmed in an email.

"Pete was truly one of the good guys," Denis Hamill said.

Pete Hamill was one of the city's last great crusading columnists and links to journalism's days of chattering typewriters and smoked-filled banter. His topics ranged from baseball, politics, murders, boxing and riots to wars in Vietnam, Nicaragua, Lebanon and Ireland. But he would always look back to the New York he grew up in, a pre-digital age best remembered through the dreamscape of black and white photography.

"I have the native son's irrational love of the place," Hamill wrote in his 2004 book, Downtown: My Manhattan. "New York is a city of daily irritations, occasional horrors, hourly tests of will and even courage, and huge dollops of pure beauty."

A Brooklyn-born high school dropout, Hamill was a columnist for the New York Daily News, the New York Post, Newsday, the Village Voice, New York magazine and Esquire. He wrote screenplays, several novels and a bestselling memoir, A Drinking Life.

His 2003 novel, Forever, told the story of Cormac O'Connor, an Irish Jew who arrives in New York in 1740 and is granted eternal life as long as he stays on the island of Manhattan. His novels Snow in August and The North River also served up nostalgic and critically acclaimed tales of Old New York.

His memoir covers his childhood in Brooklyn to the night he gave up drinking at a New Year's Eve party in 1972.

Hamill had a brief and disheartening turn editing the New York Post. When financier Steven Hoffenberg gained control of the tabloid in bankruptcy proceedings, he hired Hamill as editor in chief in 1993. Hamill quickly hired four Black reporters and promoted a number of women and minorities, recalled fellow columnist Jack Newfield in his memoir, Somebody's Gotta Tell It. 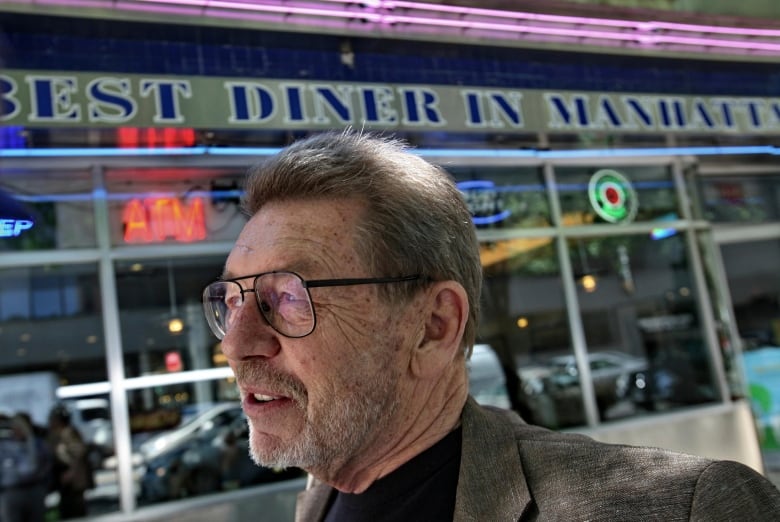 Pete Hamill appears during an interview at the Skylight Diner in New York in 2007. The celebrated columnist and author was 85 when he died. (Bebeto Matthews/The Associated Press)

But when Hoffenberg was unable to buy the paper, ownership fell to Abe Hirschfeld, who fired Hamill. The paper's staff revolted, publishing a mutiny edition that kept Hamill's name on the masthead as he supervised from a nearby diner. Hirschfeld rehired Hamill, giving him a kiss that the hardened newsman called "the single most ignominious moment of my life."

Rupert Murdoch eventually purchased the paper, leading to Hamill's dismissal. A few years later, Hamill spent a short stint as editor in chief of the Post's archival, the New York Daily News. He also worked for a few months in 1987 as editor of The Mexico City News.

Hamill worried that journalism had become too focused on celebrities, but he was well acquainted with some of the most famous people of his time. He met the Beatles before they played in the U.S., interviewed John Lennon when the ex-Beatle was living in Manhattan, hung out with Frank Sinatra and with the Rolling Stones, and won a Grammy for his liner notes to Bob Dylan's Blood On the Tracks.

Hamill lived with Shirley MacLaine, dated Jackie Onassis and was linked to Linda Ronstadt, Susan Sontag and Barbra Streisand among others. 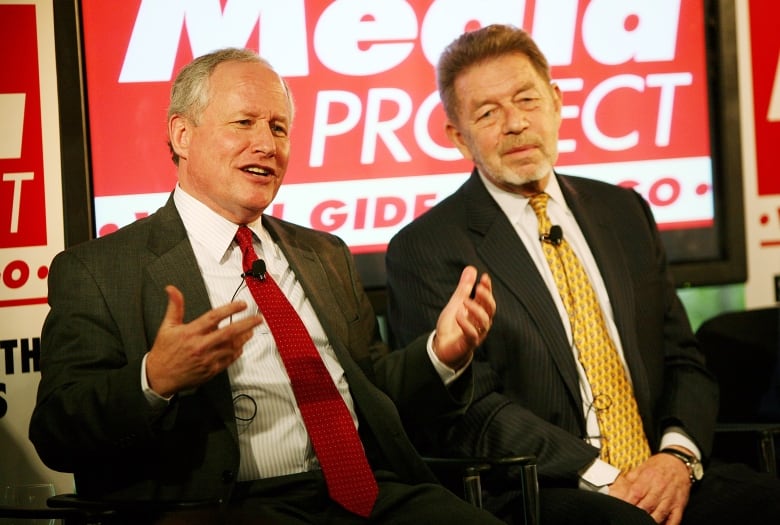 As a young man, Hamill was a passionate liberal. His open letter to Robert Kennedy helped persuade the senator to run for president, and Hamill was one of a handful of people who wrestled the gun away from Kennedy assassin Sirhan Sirhan in 1968 at the Ambassador Hotel in Los Angeles.

Hamill found his way onto President Richard Nixon's "enemies list." In a column, Hamill said the president shared the blame for the 1970 shootings at Kent State University by calling campus dissenters "bums." Vice President Spiro Agnew called the column "irrational ravings," and Hamill borrowed the phrase for the title of a 1971 collection of his columns.

In a 1969 column for New York magazine, "The Revolt of the White Lower Middle Class," he seemed to anticipate the rise of Donald Trump as he warned of men "standing around saloons talking darkly about their grievances, and even more darkly about possible remedies. Their grievances are real and deep; their remedies could blow this city apart."

In a 1991 Esquire column, he criticized Black people for blaming everything on whites. "You have retreated defensively into the cliches of glib racialism," he wrote in "Letter to a Black Friend," a column that ran in Esquire in 1991.

So saddened to hear that Pete Hamill passed away. Pete was not just an unsurpassed journalist, editor and writer — he was the voice of New York.<br><br>We say goodbye today to an irreplaceable New Yorker.​ I know that his legacy and work will live on.

Hamill's first marriage, to Ramona Negron, ended in divorce. He retained primary custody of his two daughters, Adrienne and Deirdre.

In 1986, Hamill married the Japanese journalist Fukiko Aoki, whom he met while touring Japan to promote his collection of short stories, Tokyo Sketches.

In 2019, Hamill and one of his greatest contemporaries, Jimmy Breslin, were featured in the HBO documentary Deadline Artists.

Born William Peter Hamill on June 24, 1935, he was the oldest of seven children of immigrants from Northern Ireland. His brother Denis Hamill is a novelist and columnist for the Daily News.

At 16, Pete Hamill became bored with high school, dropped out and went to work as a sheet metal worker in the Brooklyn Navy Yard, while honing his skills as a comic book artist on the side. At the yard, he developed dormant tuberculosis.

While in the Navy, Hamill finished high school and, afterward, attended Mexico City College in 1956.

Returning to New York, Hamill opened a graphic design store in Hell's Kitchen. After reading a 1960 memoir by Post editor Jimmy Wechsler, the young Hamill wrote Wechsler, saying that newspapers had no room for people like himself — working class, no Ivy League degrees. The editor suggested a meeting.

"He took me into his inner office and I sat beside a desk littered with newspapers clippings, magazines, letters from readers, copies of his book," Hamill later wrote. "While we talked, he smoked cigarettes and sipped coffee. Near the end of our chat, he leaned back in his chair and put his hands behind his head. `Have you ever thought about becoming a newspaperman?"'

West ham offered 23+10 million pounds for defender fofan. Saint-Etienne refused
Andy Cole on £ 109m for Sancho: it's crazy money. Manchester United will not spend them at random
Juventus loaned Luca Pellegrini to Genoa
Palace, Brighton and Sheffield want to buy Brewster. Liverpool ask for 25 million pounds
Milan have offered 4 million euros for the striker Bodo-Glimt Gauge. He scored them in the Europa League
Atletico showed a photo of Suarez in three sets of uniforms
Lemar is Interesting to Leipzig
Source https://www.cbc.ca/news/entertainment/pete-hamill-obit-1.5674839?cmp=rss

Gonsolin makes pitch for rotation spot for Dodgers vs. Angels

White Sox, Cubs looking to get on roll heading into postseason

Mets in must-win (and then hope) scenario vs. Nationals

What caused the September surprise in testing? It's complicated

Brewers still have something to play for against Cardinals

Phillies need win at Rays to have playoff chance

How Global News is covering the 2020 B.C. election

The latest numbers on COVID-19 in Canada for Sept. 26

Less razzmatazz, but Nobel Prizes go ahead amid pandemic

Why police use of tear gas should be banned

2020 could be on track to be another record-setting warm year, despite global lockdowns​​​​​​​

Canada failed to protect elderly in first wave of COVID-19 — will the same mistakes be made again?

Lightning on brink of Stanley Cup title vs. Stars

Astros fall to Rangers in 10 but still clinch postseason bid

‘Now or never’: Former Trump staffers press others to speak out ahead of election

Turner hits two of Dodgers’ 5 homers in win over Angels

A’s find all their offense late, rally past Mariners