With masks and face shields, it was a different kind of birthday celebration as Calgary veteran and oldest Southern Alberta Institute of Technology alumnus Clarence Hollingworth turned 106 years old Wednesday.

“No one expects to live to 106 years of age, and if anybody was going to do it, it was going to be my grandfather,” said Sheila McKillop.

“He’s always said he was going to live to 111 and then renegotiate. I told him I’m way too young to be orphaned without a grandparent, so I’m holding him to it.

“My grandfather has been a pillar of our life, and this is just such an honour to be able to celebrate such a special occasion with him and have — what we can in this odd time — as much of a celebration as possible.” 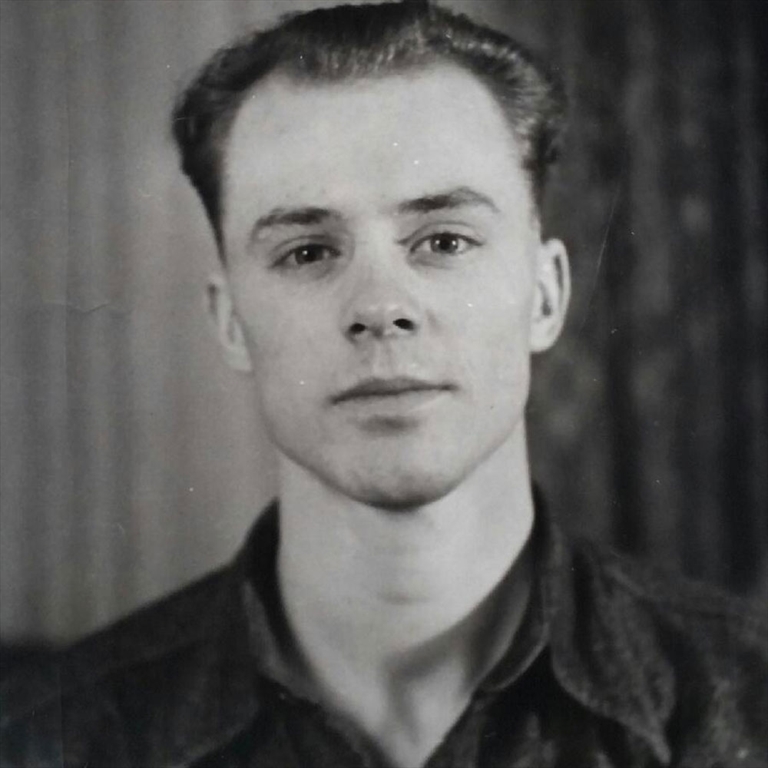 Everybody wants to be around Hollingworth, his granddaughter said, and he’s one for teasing too.

“He just made sure that we always had fun but knew that we were loved 100 per cent, in all the ways, by him,” McKillop said.

“We couldn’t have had a better person in our lives.

“I couldn’t have been blessed with a better grandfather.” 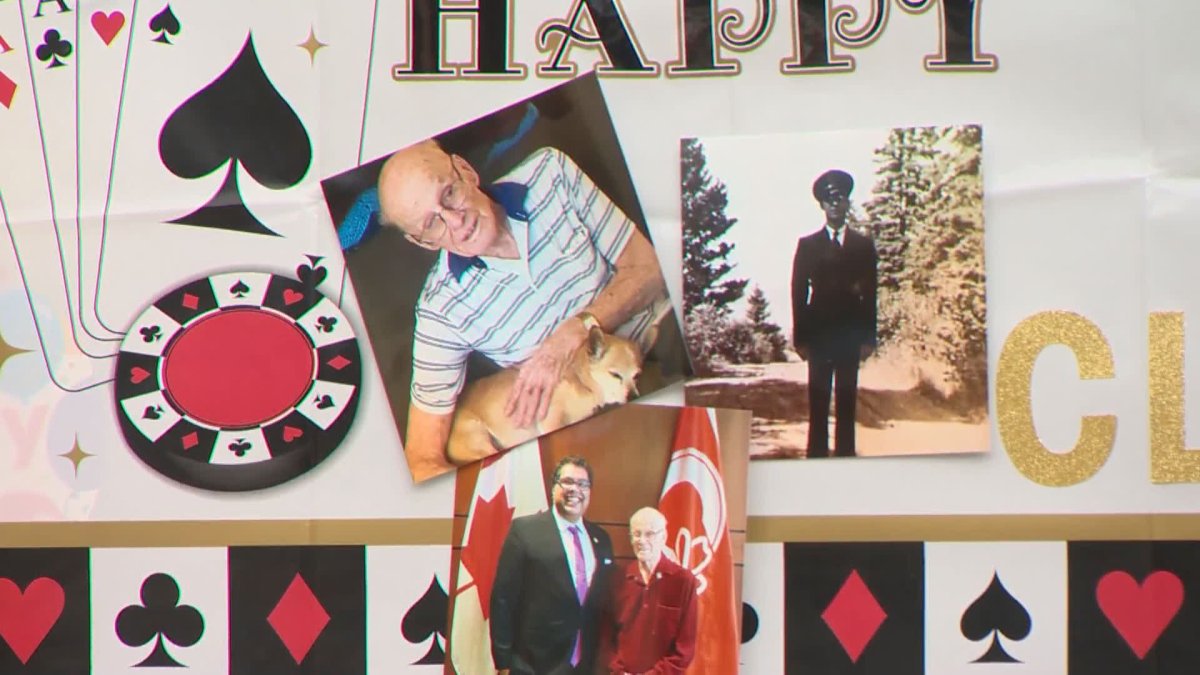 Hollingworth has a close connection with the SAIT, as a student and former teacher, and still remains a big part of that community, McKillop explained.

“He went to school on the campus as an elementary school. He ended up becoming a student there in the electrical engineering department, and then eventually, after he went to World War Two, was in the Navy, did the submarines,” she explained.

“When he came back, SAIT brought him back as a professor or instructor, and he retired as an instructor with SAIT.

“His life actually revolved around SAIT right from early childhood to even now.”

He taught at SAIT for 28 years and received an honorary degree in the year of his centennial. A scholarship is named for him.

“He is a legend, part of our family and an inspiration to us all,” said SAIT spokesperson Chris Gerritsen on Wednesday.

“Our congratulations on reaching this tremendous milestone, and we look forward to celebrating with Clarence when we can all get back together.” 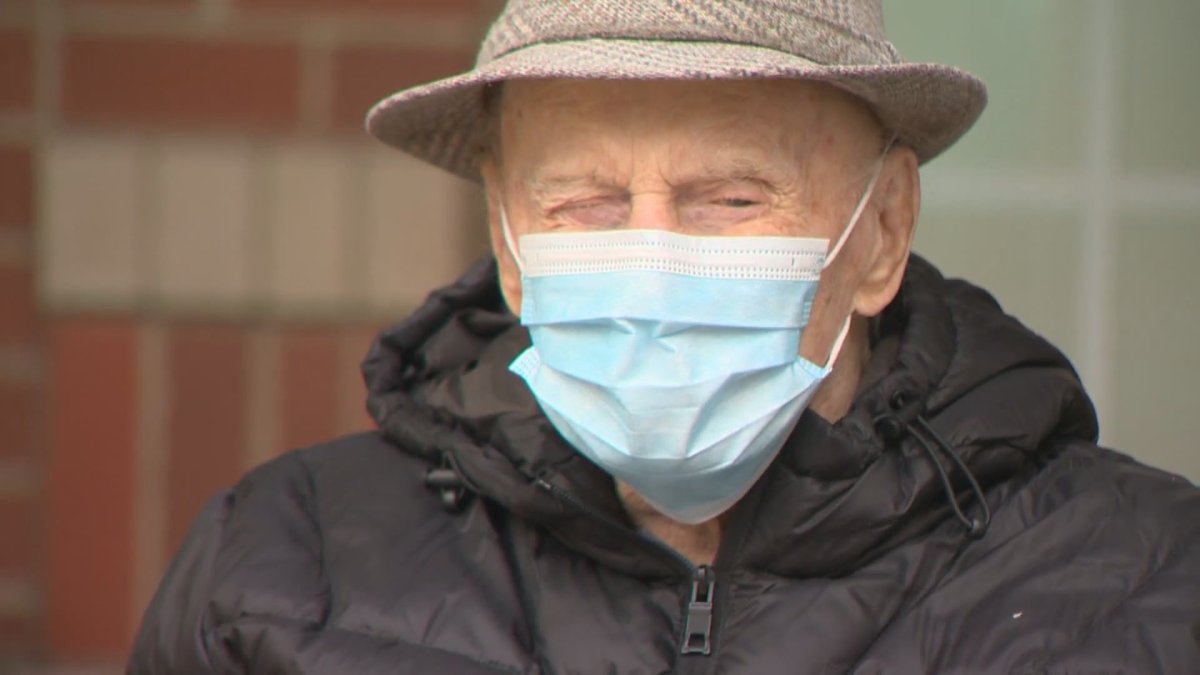 COVID-19 is the second pandemic Hollingworth has lived through.

“He was three when the first pandemic occurred, and such a different world,” McKillop said.

“He had a younger brother, and at that time, all women were expected to work in the hospital. So his mom would leave my grandfather at three years of age in charge of his brother so she could go to the hospital and work.

“He was already taking a lot of responsibility at such a young age.”

Mourinho on Sulscher's words: Sonny is lucky that his dad is better than Ole. The father should always feed the children. We need to steal food for them - steal
Sulscher on Sonya: If my son had been lying down for 3 minutes and not got up without the help of 10 friends, I would have left him without dinner
Mourinho on 1:3 with Manchester United: Tottenham didn't deserve this at all. Perhaps Pogba should have been removed
Tottenham have 1 win in their last 5 matches
Cavani's goal to Tottenham was cancelled out after VAR due to McTominay's go-ahead
Lingard scored 8 goals in the Premier League season, repeating his personal best
Antonio Conte: Inter have grown a lot in all aspects in two seasons

Jack Todd: Caufield can't save the Habs this season, so leave him in Laval

Canada is outpacing U.S. for new COVID-19 cases per capita

They will miss the party, but seniors finding motivation to do this year's Virtual Race anyway

COVID-19: Latest developments in the Greater Toronto Area on April 11

RCMP investigating after child dies at motel in Duncan, B.C.

Sudan to get $400 mln from Saudi Arabia, UAE for agriculture – SUNA

Prince Andrew: We’ve lost the ‘grandfather of the nation’

Incoming Spring storm is a welcomed surprise for Manitoba farmers

Blinken to return to Brussels for talks on Ukraine, Afghanistan

Hawks’ Trae Young, six others ruled out vs. Hornets

Dreams during the pandemic driven by anxiety: psychologist

UK’s Princess Anne says her father was her ‘teacher, supporter and critic’

Laughed off for years as gaffes, Prince Philip's outbursts complicate his legacy

Predators F Michael McCarron to have hearing with NHL