An approximate six-month closure of a main artery connecting Moncton and Riverview is less than a year away.

The causeway will shutter as work is completed on the new bridge spanning across the Petitcodiac River.

Prior to COVID-19, 27, 000 people use the causeway daily, according to numbers from the Town of Riverview. That will double the amount of traffic on the Gunningsville Bridge when traffic gets diverted in May 2021.

People are already thinking about the headaches they say will come with the closure. 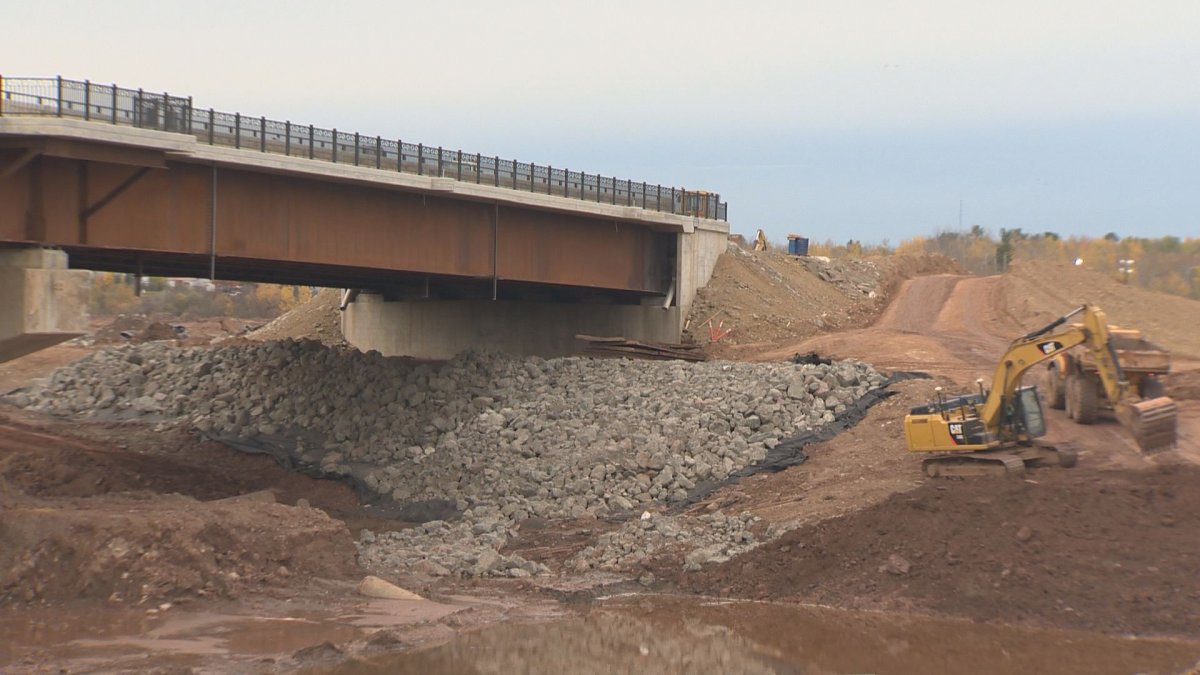 Workers continue to construct a bridge that was previously delayed. The bridge is now expected to open in November 2021. Callum Smith / Global News

“I’d sooner bike than wait an hour in traffic to get 20 minutes,” says Corey Sanford, who commutes to and from Moncton three times daily for work.

Motorist Peter Rees also frequently ventures across the river. He spent part of his day off Monday standing on the walking path near the causeway, taking in the action.

“I’m absolutely amazed with the amount of trucks traffic and the dozers that are working and the cubic metres of fill they’re moving.”

He knows traffic will likely get backed up when the estimated May 1, 2021 closure is in effect, but is trying to keep his sights set on the future.

“I think we have to be a little inconvenienced to go forward,” Rees tells Global News.

“We shouldn’t have dammed up the tidal river back in the 60s… It was a mistake,” he says. “But now we’re moving forward and I think people will enjoy the natural phenomena of the tide coming and the tide leaving twice a day. We can’t block tidal rivers… not by today’s standards.”

Riverview Mayor has voiced concern about the project, but is looking forward to the environmental impacts. 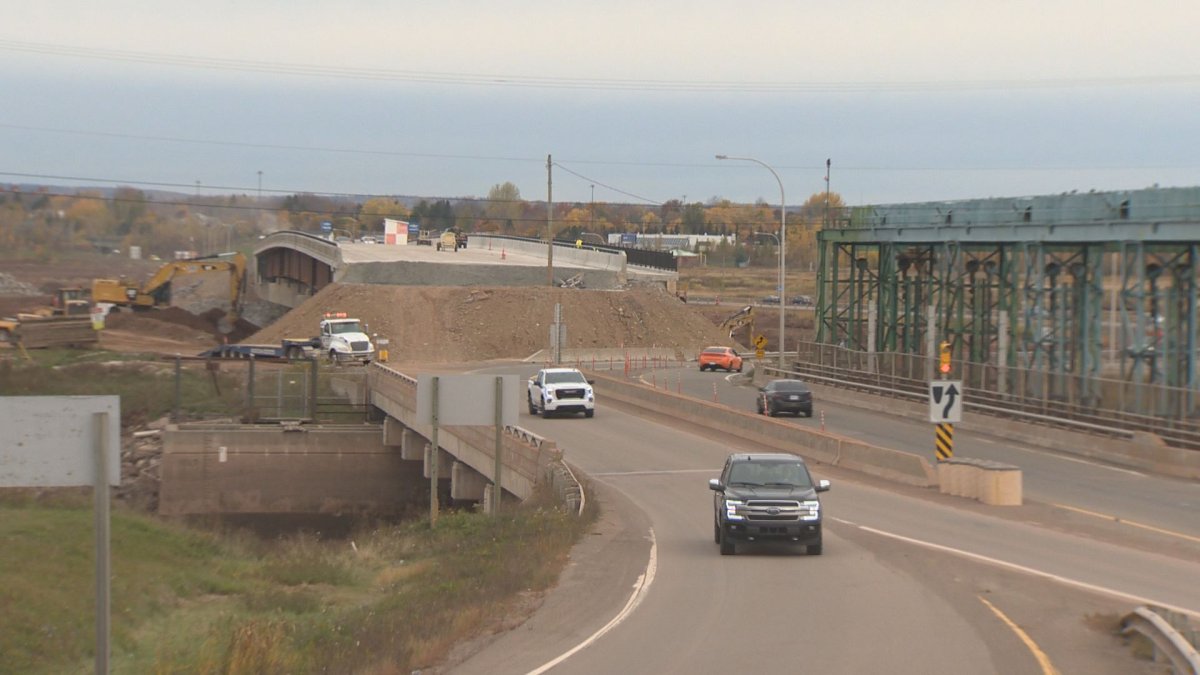 Prior to COVID-19, 27,000 motorists used the causeway daily, according to figures from the Town of Riverview. Callum Smith / Global News

“It’ll be lovely to have (the bridge), but it’s taking the channel back to where it originally was and helping the environment,” she says.

The Town of Riverview has launched a campaign called ‘PetitcodiACTION – Moving with You.’ They’re encouraging community feedback from citizens and businesses during a virtual discussion November 4, 2020, 4-6 p.m.

“This gives (people) an opportunity to voice concerns,” Seamans says. While big infrastructure projects are provincial jurisdiction, Seamans says “you never know” what could come out of the consultation.

The cost of the project has previously been said to be about $62 million, to be split between the federal and provincial governments.

“The new bridge should be open in November 2021,” says a statement from Transportation and Infrastructure Minister Jill Green. “The department continues to monitor the site to ensure work is done on time.”

Van Dijk - best Central defender of 2020, Trent-right, Robertson-left (ESPN)
Massimiliano Allegri: Ronaldo is a top player in terms of mentality. He has a new goal every year
Borussia Dortmund presented a collection with Spongebob as part of a deal with Nickelodeon
Woodward on Manchester United and trophies: there is a lot of work Ahead to achieve the stability needed
Neuer - best goaltender in 2020, Alisson-2nd, Oblak-3rd (ESPN)
Liverpool are Interested in 21-year-old Leipzig defender Konate
Niko Kovac: I'm Waiting for Golovin to return. But it might be better to wait another week or two
Source https://globalnews.ca/news/7423040/riverview-community-engagement-causeway-closure-2021/

No. 4 Wisconsin stunned at buzzer by Marquette

No. 4 Wisconsin stunned by Marquette

Adopt-A-School: Helping kids who may not have food outside of school

This Week in History: 1918 The Province tallies the dreadful casualties of the First World War

Woodbine Racetrack takes it on the chin this year

Vancouver takes over ownership of Balmoral and Regent Hotels

Letters to The Vancouver Sun, Dec. 5, 2020: Thank you, John Mackie, for your wonderful reporting to us from our local times past

Daphne Bramham: Governments need to act with compassion or cities will sink into 'lawless barbarism'

Workplaces are the new hotspot for COVID-19 outbreaks in Ontario

Capital region jobless rate shines in November, but our employment recovery has been weakest

Family of Brittany Meszaros raises money for those fleeing abuse

PREYING ON THE YOUNG: Teacher-student scandals in a new TV series

‘BRING LIFE INTO THEIR HOME’: Christmas trees a hot commodity during pandemic

Joe Alphonse: Canadian governments don’t understand what racism looks like or its legacy

Paintings by Emily Carr, E.J. Hughes sell for a combined $3M at auction