Police are seeking public assistance to identify a wanted suspect in connection with a trespass investigation inToronto.

Officers received reports of trespassing in the Falstaff Avenue and Kiel Street areas on Friday, according to Toronto Police.

Police said the homeowner was at the residence when a stranger knocked on the door.

Officers alleged that the individual "proceeded to the side door and tried to break it down."

Police said the homeowner yelled from inside the house and the suspect fled the area.

Police said the next day, Saturday, officers received another report of trespassing in the Falstaff Avenue and Kiel Street areas.

The story continues below the advertisement

The police report that the homeowner returned home to find the front door broken and the house ransacked. said he found it.

"Several items were stolen from inside the residence," police said in a news release.

Both incidents occurred during the day, according to police. Officers believe the same suspect is involved in both cases.

Policeman We are currently looking for a man in his 30s-40s with a strong build and long black hair. Police said he was wearing black gloves, a blue shirt, dark jeans and black running shoes with white soles.

Police did not immediately obtain a description of the second suspect. 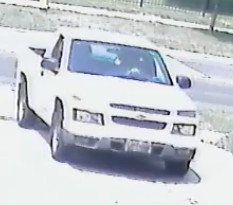 Policeman We are also looking for a suspicious vehicle that is believed to be a white two-door Chevrolet pickup truck with a blue box in the truck bed.

If anyone has any information, please contact the police or Climb his stopper.

Mistakes and disobeying the law can cost you plenty in insurance premiums: Report

Hells Angel should get 12-year sentence for smuggling cocaine and meth into B.C.: Crown

Municipal candidates blame high housing costs for living in one city, but running in another

More than 1.6 million travellers arrived at border without using ArriveCAN but fewer than 200 were fined

High housing costs blamed for municipal candidates living in one city, but running in another

Atlantic telecommunications reliability under question after service failures during Fiona

No. 9 Oklahoma State visits No. 16 Baylor in rematch of Big 12 title game