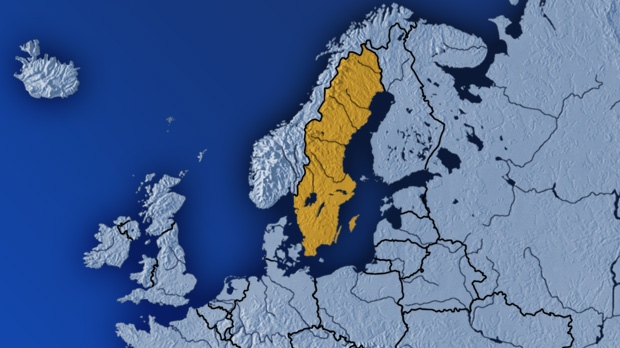 STOCKHOLM -- Swedish police said a man assaulted at least eight people in a southern Sweden town Wednesday, and that the case was being investigated as ”a suspected terrorist crime.”

Police said a man in his 20s attacked people in the small town of Vetlanda, about 190 kilometres (118 miles) southeast of Goteborg, Sweden's second largest city.

The man was shot by police, who said that the condition of those attacked and the perpetrator was not immediately known.

The events took place in downtown Vetlanda. Swedish media reported that the assaulter used an axe.

”Some are seriously injured and some are slightly injured, but no one is dead,” police spokeswoman Angelica Israelsson Silfver told the Aftonbladet newspaper.

Swedish police were expected to hold a press conference at 1900 GMT.

Kimmich on Alaba: Real Madrid is a good choice. Not so many options for a step forward after Bayern Munich
The money for the Super League was promised by the largest US bank - before that, it helped the Americans buy up European clubs
UEFA on the 12 founders of the Super League: They will live with shame. We will discuss additional sanctions
Prince William on Super League: I am happy that the voice of football fans has been listened to
Director of Milan Maldini: I learned about the Super League on Sunday, everything was decided at a higher level
Goat Hennes VIII, former mascot of Cologne, died
Frappar will be the first female referee at the men's Euro. Karasev and the Argentine Rapalini are among the 19 main referees