Prime Minister Justin Trudeau’s attempt to call out the Conservative Party for promoting misinformation about COVID-19 stumbled tonight when PMO staff sent out a draft statement that itself contained misinformation. 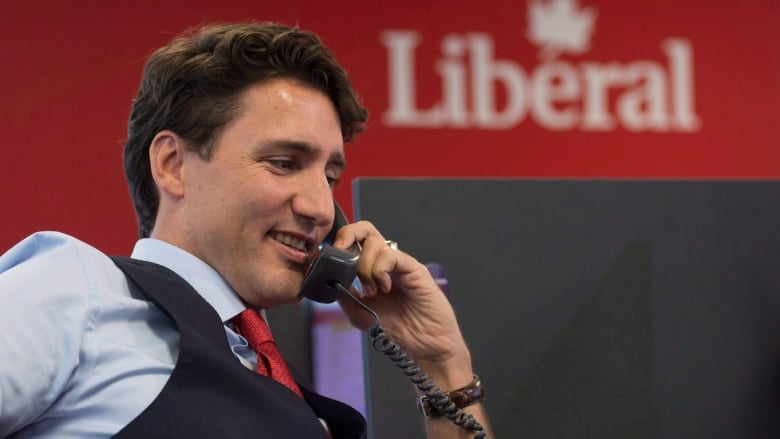 Prime Minister Justin Trudeau's office sent out a statement detailing a conversation he had with Conservative Leader Erin O'Toole before the call actually took place. (The Canadian Press/Adrian Wyld)

Prime Minister Justin Trudeau's attempt to call out the Conservative Party for promoting misinformation about COVID-19 stumbled tonight when PMO staff sent out a draft statement that itself contained misinformation.

Trudeau and Conservative Leader Erin O'Toole had a call scheduled for this evening. The usual practice after these calls is for both parties to put out a statement — a "readout" — describing what was discussed during the call.

Shortly after 4:30 p.m. this evening, the Prime Minister's Office issued just such a note saying Trudeau "raised concerns around COVID-19 misinformation being promoted by Conservative members of Parliament, given Conservative MPs recently downplayed the deaths of Canadians in Alberta due to COVID-19 and compared COVID-19 to the flu."

O'Toole's director of communications Melanie Paradis saw the message and was quick to tweet out an image of the PMO email with the caption, "Why is the PMO pushing out misinformation? This is very concerning."

Why is the PMO pushing out misinformation? This is very concerning <a href="https://t.co/fRZOdysGbd">pic.twitter.com/fRZOdysGbd</a>

A spokesperson for the PMO told CBC that staff typically draft a readout before the call to act as a placeholder, updating it once the meeting is over.

The spokesperson said a member of the prime minister's staff accidentally sent out the draft readout early. The edited readout is expected later this evening.

Puyol presented Barca's form for the match against Real Madrid. It combines the colors of the club and the flag of Catalonia
Barca has the highest revenue in the 2019/20 season - 715.1 million euros. Real Madrid, Bayern Munich, Manchester United and Liverpool are in the top 5 (Deloitte)
Van de Beek has no intention of leaving Manchester United. Solskjaer believes in the midfielder and will give him a chance
Lampard couldn't say goodbye to the Chelsea players. The Czech briefly informed them of his resignation before training
Every time Messi doesn't play, Barcelona wins. Ex-Argentina goalkeeper Gatti about Leo
Barca's debt is 1.2 billion euros. The club wants to postpone loan repayments
Jordi Alba: I understand why people might hate me. I really play hard
Source https://www.cbc.ca/news/politics/trudeau-erin-otoole-misinformation-read-out-1.5820223?cmp=rss

Sweden extends recommendation against travel outside of Europe until April 15

No. 2 Baylor looks to keep rolling against Kansas State

No. 16 Florida State on roll heading into matchup with Miami

Tennis-Safety first, but officials look to get Badosa training equipment

New Zealand’s borders may stay shut for most of the year, PM Ardern says

Oklahoma State has more than enough vs. Iowa State

China to conduct military drills in S. China Sea amid tensions with U.S.

MPs Return To House With Bluster, Few Signs Of Wanting To Work Together

Vucevic’s 28 get Magic past Hornets