Arthur Erickson is the most famous Vancouver architect from the West Coast modern era. But many of the most striking local modern homes were designed by another architect, Ron Thom.

One of his gems has just come on the market, for only the second time. It was designed for the Cohen family in 1960, and is still relatively original, which makes it a real time capsule.

The house at 621 West 51st in Vancouver still has its original shag carpet in the living and dining room. It still has the original bamboo walls, mosaic tile floor and teak bar in the basement rec room. And it still has the unique angles and touches that make Thom houses so distinctive. 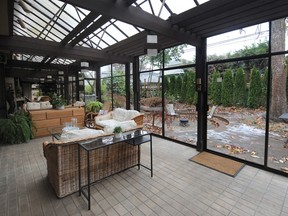 It is also in tip-top shape, and much larger than most West Coast modern homes (six bedrooms, seven bathrooms and 6,100 sq. ft.). The asking price: $4.289 million.

“What’s unusual about this house is that it hasn’t been re-renovated to ruin it,” said realtor Clair Rockel. “Here a lot of the components have been dealt with but not the esthetics. You don’t want to come in and see that everything’s been gutted because what’s the point then?”

The wow factor begins when you walk in the massive front door and step up into the living room, which has a soaring, double-height ceiling held up with dark beams, a classic post and beam design.

A giant brick fireplace goes right to the ceiling, and the space is flooded in natural light from floor-to-ceiling glass windows on one side and clerestory windows up high on the other.

Thom was known for carefully walking around a lot before designing a home, figuring out the way the house integrated with the sun, yard and seasons. The current owner, Sarah Knowlden, said it makes for a real indoor-outdoor feel, and can be magical when the sun lights up the living room.

“The kids call it Golden Hour,” said Knowlden. “It really does change the mood of the room, depending on the time of day, where the sun is coming from.” 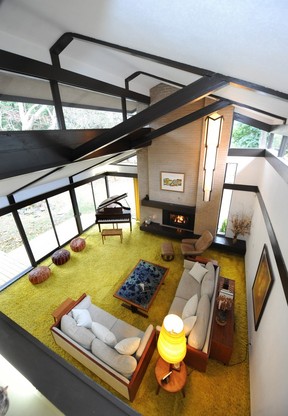 The living room from a second storey loft. Photo by NICK PROCAYLO /PNG

The roof has all sorts of unusual angles.

“One thing that’s typical of Ron Thom is how sculptural the roof line is,” says Adele Weder, author of a new book, Ron Thom, Architect: The Life of a Creative Modernist (Greystone).

“He’s got these incredibly complex spatial geometries going on. If you’re walking around, you usually look straight ahead and down, and that’s what you think of as the space of the house.

“In a Ron Thom house, especially in this house, you can look at the ceiling and your eyes can live in the ceiling, that’s part of the spatial experience. Eggheads call it the psycho-geography of the space.”

At night the space is lit by an elegant textured fabric chandelier that Thom designed himself. It drops down in four tiers, like a modern take on an art deco theatre chandelier.

The best view of the living room comes from a second storey loft-study that is open to below.

“The post and beam is really spectacular from upstairs,” said Rockel.

The home feels very open and spacious, and has several rooms for entertaining, including a study-den-family area that still has a Thom-designed stereo console at one end with a Borgen tube amplifier.

The console comprises a three-part design that includes a floating lit bookcase and a small bar-storage unit below.

“He does this one, two and three (design all over the house), you’ll see this repeated,” said Rockel.

The house was designed “as a very specific family residence” for Ted and Babs Cohen and their four children, which is why there are five bedrooms and three bathrooms upstairs.

The number of bathrooms was very rare of a house of that era, as were the big walk-in closet off the master bedroom and a second cedar lined closet.

“For their good things, so they were never touched by moths,” Rockel explains.

That’s the kind of thought that went into a Thom design. Thom houses are like artworks, but they’re very liveable, right down to the shag carpet, which is a faded gold colour and in astonishingly good shape.

“It’s so funny,” said Knowlden. “I’ve had so many friends come over and say ‘You know, I’m pretty sure I was conceived on a rug like this.’ It’s such a talking point, that shag rug. If you spent any time in the ’70s or ’80s you’ve come into contact with a rug like that.”

The home is also located on what may be Canada’a coolest cul-de-sac, in terms of West Coast modern homes. There are two other Thom designs among the five houses on the cul-de-sac, and one designed by Arthur Erickson. 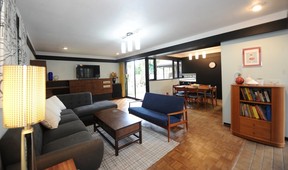 The family room/den retains an original 1960 stereo console at one end. Photo by NICK PROCAYLO /PNG 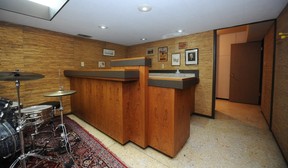 The teak rec room bar. The walls are clad in bamboo. Photo by NICK PROCAYLO /PNG 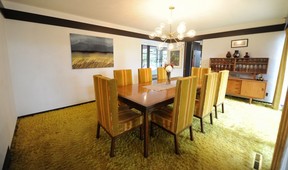 The formal dining room has shag carpet and a table designed by Thom. Photo by NICK PROCAYLO /PNG 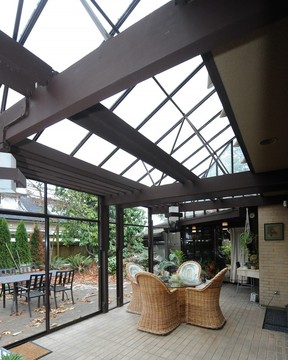 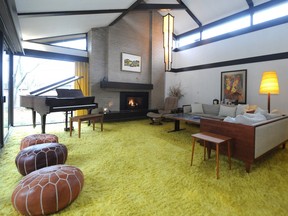 Another view of the living room. Photo by NICK PROCAYLO /PNG 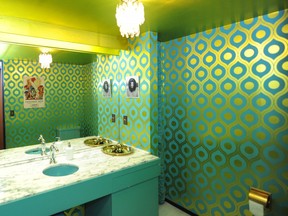 A downstairs washroom still has its original wallpaper. Photo by NICK PROCAYLO /PNG 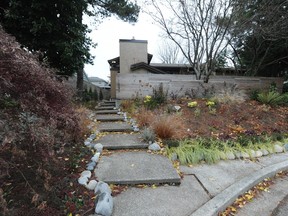 Exterior of the house on Vancouver’s west side. Photo by NICK PROCAYLO /PNG

Suspects demanded woman’s keys and drove her home, then broke in: Toronto police

Donovan Mitchell, Cavs look to get back on track vs. Heat

No. 14 Marquette takes balanced attack into clash with Villanova

Calgary fieldhouse to be a ‘catalyst’ for Foothills Athletic Park redevelopment

Man in critical condition after drug-related fight in Montreal North

Leaf notes: Joseph Woll ready for next round of his NHL career

Letters to the Sun: Mayor Ken Sim's 'swagger address' does not bode well for Vancouver

No. 15 TCU, surging WVU battle for 2nd time in as many weeks

WHO says COVID-19 global emergency isn’t over. What does that mean for you?

U.S. national emergencies for COVID-19 to end in May, Biden administration says

Violence in Colombia falls in first month of ceasefire

IMF upgrades its outlook for the global economy in 2023

Poutine lovers, listen up! The Poutine Week food festival is back

Once again at No. 1, Purdue set to face Penn State

How did Memphis medical workers respond to Tyre Nichols after police beating?

Biden says no F-16s for Ukraine as Russia claims gains

How to stream Super Bowl LVII in Canada

WestJet suspending transatlantic flights between Halifax and Europe this summer

U.S. to end COVID-19 emergency declarations on May 11

No. 22 San Diego State out for more road success at Nevada

LILLEY: Trudeau Liberals more concerned about crime in the U.S. than Canada

Luka the Dog of Regina Police Service dies; handler reflects on his legacy

THE GOLDEN JET: A giant life of talent and trouble

Feds expect to collect $4.7B in insurance fraud penalties

'Developing and nurturing a positive attitude… is the only way through,' jazz bassist Fraser Hollins says