'Very frightening' plan by developer to buy $1B in homes will price renters out: anti-poverty group

An anti-poverty group is calling a Toronto-based developer's plan to buy $1 billion worth of single-family homes and turn them into rental properties a "frightening" example of how even more people will be priced out of an increasingly expensive housing market.

The plan, reported by the Globe and Mail on Monday, would see Core Developments Group build a single-family home rental business by buying up housing stock in medium-sized cities across Ontario, including London, Kingston, Hamilton, Barrie, Cambridge, Peterborough, Guelph and St. Catharines.

The developer wants to expand its footprint outside the province by 2026, to eventually build a fleet of 4,000 rental units in Ontario, B.C., Quebec and Atlantic Canada.

Critics worry the move couldn't come at a worse time. Rents and housing prices are soaring across Canada, creating a shortage of single-family homes and making housing ever less affordable.

"I find it very frightening. It makes it even harder to find a decent place to rent, which at this point is darn-near impossible," said Samantha Lawrence, a member of the London, Ont., chapter of ACORN, a community organization of low- and moderate-income people. 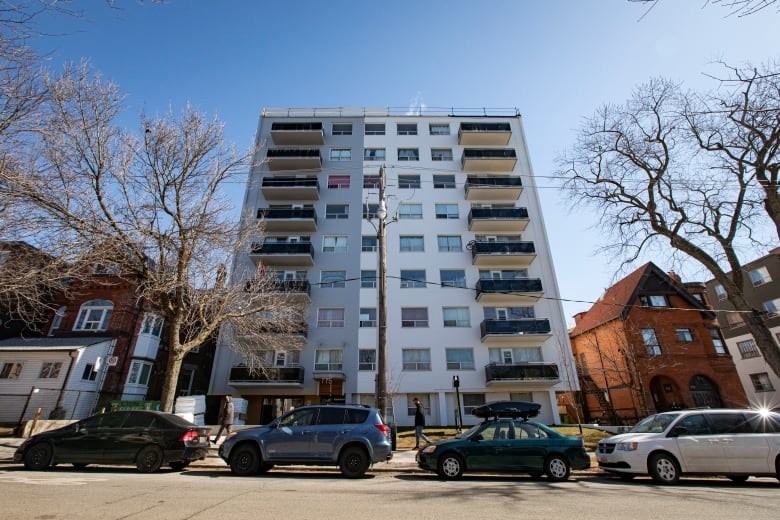 The average rent in London, Ont., rose seven per cent in 2020 to $1,119 a month, according to CMHC data, even though the overall vacancy rate rose to 3.4 per cent last year. (Evan Mitsui/CBC)

Lawrence said she's been a lifelong renter ever since she moved out of her parents' house when she was 17. She said that as time marches on, it's becoming increasingly difficult to find a suitable place to put her two daughters at an affordable price.

Lawrence said despite paying a fair market rate for rent, she's battled landlords over bedbug and cockroach infestations, windows that aren't sealed properly, even discoloured tap water, which in many cases the property management company refused to fix.

"I've experienced everything from freezing pipes in the winter and having to borrow buckets of water from the neighbours to even flush the toilet, never mind bathe or anything like that, to roofs leaking."

Lawrence's experience underscores what's become more commonplace in the highly competitive housing market, where inventories of both single-family homes and apartments are at some of the lowest levels seen in decades. 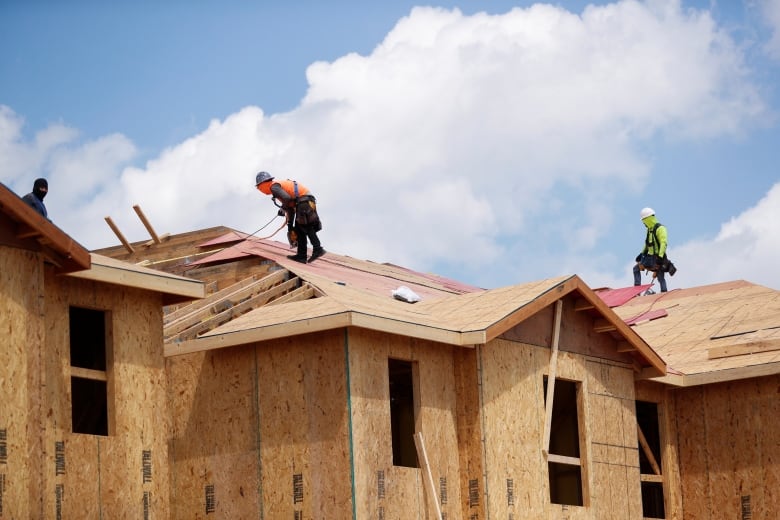 Real estate prices have risen by anywhere from a third to half since the pandemic, thanks to unprecedented demand for single-family homes and a sharp rise in the cost of building materials. (Octavio Jones/Reuters)

In the London area, last month, 1,433 homes were sold, leaving the market with so few homes that it would take just over two weeks to liquidate the region's existing stock, according to the London St. Thomas Association of Realtors.

The latest market rental survey from the Canada Mortgage Housing Corporation (CMHC) isn't any more encouraging. The average rent in London was $1,119, up seven per cent over 2019, despite the fact the vacancy rate rose to 3.4 per cent thanks to new units that came online last year.

He wrote that Core Developments chose London, like the other Ontario cities, because of its low vacancy rate.

"We chose markets where there is very little new supply, but where there is a lot of demand. Low vacancies and all markets are growing on a population front, they house a variety of employers and are growing cities without roofs to accommodate that growth."

The statement said the company is looking to create a "more innovative" housing supply in response to the housing crisis, and that renters, who the company calls a "rapidly growing cohort," need "to be advocated for."

"There is a significant lack of rental availability in the low-rise single-family market. Increasing density through renovating existing homes is the most expedient way to add supply to the housing stock," the statement said.

"Core's goal is to provide stable, secure, long-term rental properties in ground-oriented housing for those that are not in a position to buy, but do not want to be relegated to condominium rentals with limited space for themselves or their families.

"We are creating new supply by renovating underutilized and underinvested houses that are geared towards accommodating a second legal and permitted unit."

'This may as well be Ireland in the 18th century'

Core Developments said it's gearing its offerings towards families who don't want to live in small apartments, and hopes its foray into rental homes will spur major investment. 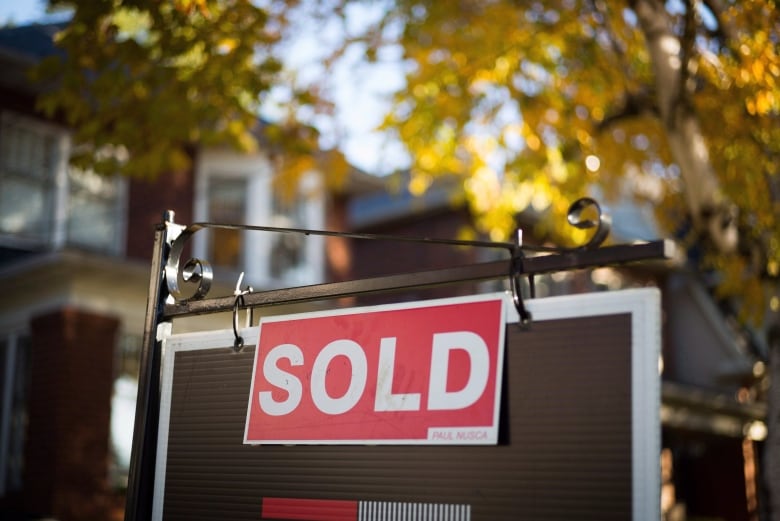 Lawrence worries it could be the beginning of the end for mom and pop landlords who rent out single-family homes.

"It's happening. Everyone is going to have to deal with some major corporation because all these people are going to get gobbled up."

"This may as well be Ireland in the 18th century or something."

Gianluigi Buffon: I didn't think Chiesa was so good when he moved to Juve. At the Euro, he was incredible
Malen arrived at the location of Borussia. PSV will pay 30 million euros for the top scorer
Roma offers 15 million euros for Langle. Barcelona wants at least 25 million
Tuchel is the coach of the year in Germany according to journalists. Flick-the second
Buffon on Donnarumma: The best goalkeeper of Euro 2020, who has become a landmark for the whole world. I learned a lot from him
Journalist-Andre Silva: Does Ronaldo smell as good as he looks? The forward replied: I'll ask for his perfume to smell
Donnarumma's salary at PSG is 7 million euros a year, not 12. Milan offered him 8 million euros

Singapore out of dressage after horse suffers freak injury

Canada’s Olympic softball team suffered a heartbreaking loss to Japan. But now their focus is on bronze (and beyond)

Olympics-Canoeing-Paddlers battle sun and warm water in the heats

Weather: Humidex to reach 34, chance of thunderstorms today and tomorrow

Skateboarder Annie Guglia’s whirlwind few days: From Olympic alternate to getting a spot in the women’s street event

Royals turn to Daniel Lynch in series finale vs. Tigers

UK minister apologizes for urging people not to ‘cower from’ COVID

ASK AMY: This woman’s place is in the home – alone!

Sabrina Maddeaux: Please. John Wick is the only action movie that doesn’t compromise

Olympics-‘Simone Biles show’ off to bumpy start in Tokyo

Olympics-Softball-Japan toast Canada in extra frame to set up final with U.S.

Television reboots are an easy sell — but are they crowding out BIPOC voices?

Meet the unvaccinated: Why some Canadians still haven't had the shot

Olympics-Tennis-Osaka refreshed and ready after first win since May

Olympics-Athletes must wear masks at Games apart from podium moment

Yankees have shot to split series against Red Sox

Padres hope for an easier time in Marlins series finale

Down 2-0, LAFC salvage draw with Whitecaps

Here’s what the first-ever Olympic skateboarding event looked like

Dodgers’ bullpen bounces back in shutout of Rockies