Europeans with Ties to Nicaragua Speak Out

HAVANA TIMES – The term used to characterize the Ortega-Murillo rule in Nicaragua has gone from government to regime to dictatorship. The tragedy facing the population is also heart felt by many Europeans who in the 1980s participated in the social transformation effort in Nicaragua that later soured.

Assimilating the fact that Ortega has become the Somoza the FSLN revolutionaries fought in the 1970s has not been easy. His growing destruction of Nicaragua’s institutions came to a head in the April 2018 civic rebellion that he was able to squash with bullets, jail and forced exile, the same tools used by Somoza.

Today, hundreds of European Nicaragua Solidarity activists from the 1980s issue a statement regarding the alarming and sad events taking place in the Central American country. Below we publish its full content: 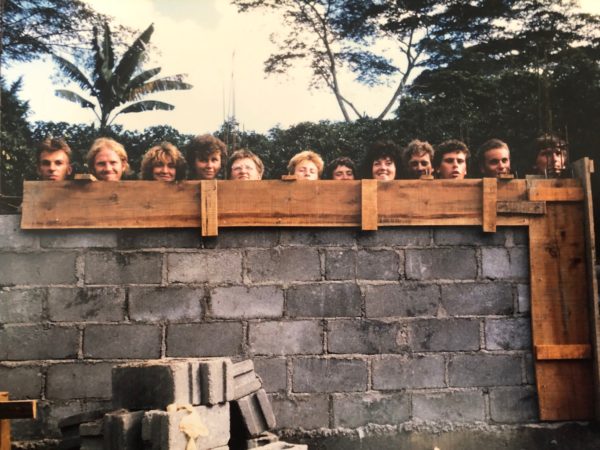 To mark the dictator Anastasio Somoza’s flight from Nicaragua on 17 July 1979, “The Day of Joy”, over 400 citizens from some 20 countries in Europe have signed a letter denouncing the dictatorship of Daniel Ortega and Rosario Murillo, in the hope that a second Day of Joy is soon to come…

Over 400 Europeans who in the 1980s collaborated directly with, and rallied support for, the Sandinista revolution, have signed a letter condemning the Nicaraguan government’s increasing political repression and violence against its own people.

“We believed then, and we continue to believe now, that human rights abuses committed by authoritarian governments, like the current Ortega-Murillo regime, must be condemned and the perpetrators of crimes against humanity brought to justice”.

It builds on and reinforces a similar statement signed by over 500 activists from the U.S. at the beginning of July.

The number of political prisoners currently being held illegally in Nicaragua has risen to 140, including 26 key opposition leaders who were violently abducted since June from their homes. This most recent group includes six people who had intended to run for president, as well as feminists, human rights defenders, independent journalists, student leaders, big business representatives and former top Sandinista leaders from the 1980s. They are being held in secret jails and not allowed any contact with their families or lawyers, who fear for their safety, integrity, and their lives. Their de facto kidnapping and disappearance and the ongoing repression and harassment of opposition groups have ruled out any dwindling possibility of free and fair elections planned for November 2021.

“Over the last decade and a half, we have been increasingly disheartened to see how Daniel Ortega and Rosario Murillo have consolidated an autocratic family dynasty bent on staying in power above all else. Controlling all branches of government, we have seen how the regime has totally politicized public institutions and undermined the rule of law”, write the solidarity activists who, as health workers, teachers, writers, artists, coffee pickers and builders, voluntarily shared their skills and dreams in communities across Nicaragua in the 1980s.

“It is horrifying to see Nicaragua’s unique project deteriorate into a copy of what it defeated in 1979,” said Jane Freeland, chair of the Nicaragua Solidarity Campaign Committee in the UK between 1997 and 2000 who developed materials for the 1980 Literacy Campaign in the Caribbean Coast.

Other signers of the open letter manifested their consternation and anger, calling Ortega out as a traitor to the principles of the Sandinista revolution.

Rune Lea, a Norwegian doctor who worked in a hospital in Bilwi between 1985 and 1988, said “The TRUE spirit of the Sandinista movement was openness to new ideas and reflection but also willingness to admit failure. For years now, Daniel Ortega has betrayed this spirit.  We, the former solidarity workers, may feel betrayed, but those truly betrayed are the Nicaraguans who believed in positive change, those who eradicated polio, improved education and much more”.

“I am dismayed that the Nicaraguan people who inspired thousands of us, as young people, are now being betrayed and repressed by those who claimed to be leaders,” lamented Anne McClusky, member of the Irish Nicaragua Solidarity Group, in Dublin from 1985 to 2000.

Scottish screenwriter Paul Laverty, whose Cannes Palme d’Or-winning films The Wind that Shakes the Barley and I Daniel Blake, directed by Ken Loach, commented, “What an enormous human tragedy that Ortega, Murillo, and company are still sucking in power and resources with all the gravitational pull of a black hole. Black holes survive by their gluttony, soaking up the stars and gasses around them, till the inevitable happens….”

The letter by European solidarity activists comes in the wake of growing global condemnation of the Ortega-Murillo regime and strengthened solidarity initiatives with the Nicaraguan people within Europe and internationally that include:

With mounting pressure internationally, and within Nicaragua, the Ortega-Murillo dictatorship’s days are numbered.

Biden, usted no conoce a Cuba

Moises Hassan: The Ortega Regime is an Updated Version of Somoza

Who is Perpetrating Violence in Cuba?