Authorities on Thursday announced that 384 more people have tested positive for the coronavirus, while no new deaths were recorded.

That brings the tally of positives to 36,004 since the outbreak began in March 2020. 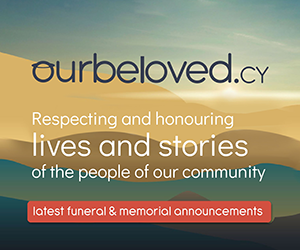 Thursday’s 384 positives include 42 from schools.

The number of deaths in Cyprus remains at 232. The case fatality rate stands at 0.64 per cent.

A breakdown of the latest positives showed: 73 from contact tracing; four from the airports; 42 from private initiative; nine from the hospitals’ microbiology labs; two from tests among migrants; five from antigen rapid tests in private clinical labs; and 249 from the rapid testing programme managed by the health ministry.

Arteta on Arsenal's kneeling players: They had their reasons. I think this is the right gesture
Pogba on Mourinho: Solskjaer may not put players in the squad, but he won't push them away as if they don't exist. This is the difference
Saka, Dzeko, Uan-Bissaka and Gerard Moreno claim the Europa League Player of the Week title
Real Madrid and Modric have agreed on a one-year contract extension. The player agreed to a salary reduction
Roma reached the 1/2 final of the UEFA Cup/Europa League for the first time since 1991
Contrast before the whistle in Prague: Slavia players lined up in front of a kneeling Arsenal
Unai Emery: I am used to matches against my former clubs, so the games with Arsenal are not something new

No immediate closure of primary schools, kindergartens and nurseries on the cards

Hot dogs at The Home Café

Cyprus still has 39% of farm animals in cages — NGO

How to lay foundations of success in life as a teen