Temperatures set to plunge next week

A gradual weather improvement is expected from Sunday afternoon until Monday while the temperature is set to drop from Tuesday, the met office said.

Saturday’s torrential rains in Limassol caused floods in the old part of the city and the coastal area.

The fire service received dozens of calls, while crews of the Limassol municipality and members of the civil defence were mobilised to assist with clearing blocked rainwater drainage, pumping water from buildings and removal of drivers and vehicles trapped in floodwaters. No injuries were reported.

Spokesperson of the fire service, Andreas Kettis, said the service responded to more than 20 incidents in the centre of Limassol.

Power outages occurred in several areas of the Limassol district due to damage to power lines caused by lightning.

The met office told the Cyprus News Agency that the current weather patterns are gradually expected to improve from Sunday and up to Monday but a new system is expected to affect the island from Tuesday. More information would be given later, it said.

The temperature on Sunday and Monday is expected to reach 15 degrees Celsius inland, 17 C in the coastal areas and 4C in the higher mountainous areas.

Lower temperatures, below the seasonal levels, are expected on Tuesday and Wednesday, the met office said. 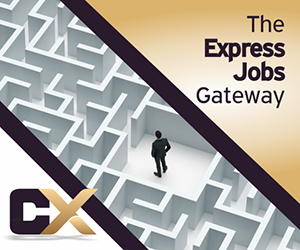 Flick about Holand in Bayern: Nothing can be ruled out in life
Messi voted in Barcelona presidential election
Liverpool and Real Madrid will compete for Mbappe. Salah may leave amid controversy with Klopp (As)
Pirlo about Ronaldo's rest: He has already scored 20 goals. It is normal for others to score as well. Cristiano-extra advantage
Agent Morabito on the transfer market: We are back in the Doneymar era
The Juve-Porto match will be served by Kuipers, Cakir is scheduled for the Borussia-Sevilla game
Pep Guardiola: Man City were stable when they won the Premier League. Other champions are competing for the top 4

Brexit issues, yet ongoing, are blamed on EU by UK

Shake off your ill will, Britain tells EU over post-Brexit trade

Lute arrives in Cyprus on Sunday, set to meet two leaders on Monday

A dermatologist’s advice on caring for each skin type

Man and his vehicle fall into sea, no injuries reported

The grocery store with a zero-waste mission

Gardening in March: ‘month of expectation’

Brexiteer Nigel Farage steps down as leader of Reform UK