Is Fanno a Terrorist Force by Any Measure? 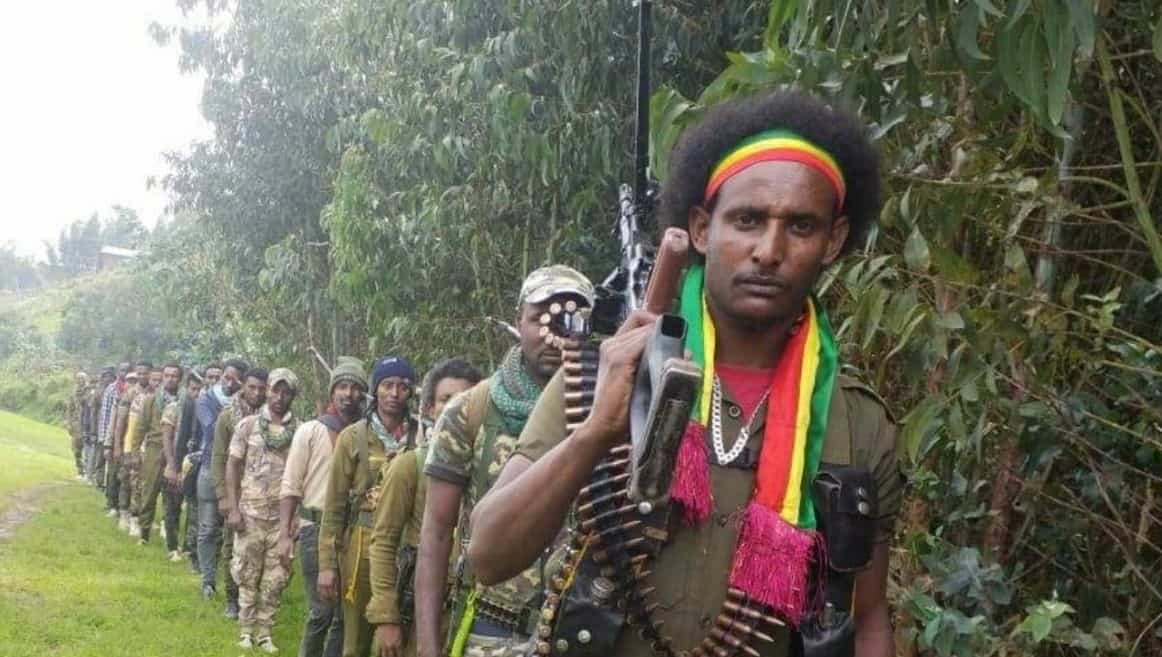 As far as we recall, the House of People’s Representatives of the Federal Democratic Republic of Ethiopia has, Unlike the Tigrean People’s Liberation Front (TPLF) and OLF+Shennie, otherwise known as (OLF-OLA), not proscribed Fanno as a terrorist organization by law.

For those of us who are not quite familiar to it, Fanno is a rather traditional designation collectively granted to the patriotic force endemic to the Amhara people voluntarily fighting against the enemy, mostly during external invasions using its own available firearms and other resources essential for the war effort.

As a matter of fact, this force has virtually no organizational shape and operational sophistication in the modern military sense. At war times, it is a rather selfless group genuinely dedicated to confront any brutal and large-scale attack from across the country in defense of the Motherland leaving the family and loved ones for their preliminary care and custody of the wider community remaining behind. At peace times, however, it melts back into the civilian population where it traces its origin from the very outset and thereby leads the normal life it used to exercise as before.

Leave alone standing up firm with a position of a terrorist group likely to threaten public peace and collective security, Fanno is not an organization in the proper sense of the term, as some protagonists would like to wrongly perceive and categorize it, simply out of inflated knowledge of the historical context and glaring political immaturity.

As I have indicated earlier, the very term itself is a widely reputed notion principally konotating ordinary men and women of age who have distinguished themselves to gracefully receive martyrdom for the sake of national defense, obviously demanding nothing material in return for the sacrificial act.

In this connection, I have inquired into the country’s Revised Criminal Code of 2005 in order to find out if there exists any substantive provision as regards Fanno and its precarious position vis-a-vis the government as far as the lawful monopoly of violence is concerned.

Admittedly, Fanno is not, in any way, entitled to stand out rival to the legitimate government on an active duty. In fact, Art. 278 of the nation’s existing criminal code enacted in 2005 severely penalizes any form of resistance or insurrection on the part of the Fanno elements who may have unduly resorted to the perpetration of criminal harm against the country’s recognized defense force by disrupting its facilities such as transportation and communication with an imprudent action in an open violation of international law with rigorous imprisonment reaching five years and not exceeding 25 years or life imprisonment or even death, depending on the gravity of the offense committed.

With the exception of that prohibitive provision, therefore, it is not commendable under the circumstances for the government authorities, (both Federal and Regional), to so persecute and prosecute the armed people’s Fannoes and their militia associates so long as they do strictly adhere to and consistently operate within the realm of the country’s law and order.

By no means does the above-formulated remark suggest or imply, of course, that the government should ever refrain from enforcing law and keep on maintaining public security at any appreciable cost. Nevertheless, it is encumbent upon those public authorities in charge to always rethink and ensure beforehand that whatever they initially contemplate for a purportedly noble cause may grievously end up in unexpected menace to the detriment of lasting peace and security.

After all, this contributor is a senior government advisor, in whom his very employer is presumed to have put an extra ordinary trust, exceedingly believes that he has a profound duty to put forward any critical advice, not only upon request by his immediate bosses, but also on his own initiation as deemed appropriate.

Donkey named most trafficked animal in the world

The International Crisis Group likes to maintain the fiction that it’s neutral!

ET TU, KAREN BASS STAB ETHIOPIA IN THE BACK!

A Plea to be Heard by an Indifferent World

The Horn of Africa States The Banking and Financial System