Former Fijian citizen Faiyaaz Shafiq created Australian legal history with a landmark legal win over a major builder and developer. This was over their use of suspect cladding on apartment

Mr. Shafiq, now a Sydney lawyer,  from JS Mueller and Co, argued against a major builder (Taylors) and a developer (Frasers) on behalf of strata owners.

He successfully argued that the Biowood cladding installed externally on their building was a major defect, and posed an undue risk of fire spreading.

It was in breach of the statutory warranties under the Home Building Act 1989 and it was not fit for its purpose.

Mr. Shafiq was raised in Toorak, Suva, and schooled at Dudley before he left Fiji in the 1980s to study and practice law.

Mr. Shafiq told the Fiji Sun: “As you are no doubt aware, we have had in recent times two major fires to high rise buildings in London (the Grenfell fire case) and the Lacrose fire case in Melbourne.

“Those cases focussed on Aluminium composite panels (ACP) which are commonly used in the building construction industry as external cladding.

“Due to the combustible nature of the ACPs, they have now been banned as cladding in Australia.

“In the case, that I fought here in Sydney,

“I argued that Biowood cladding being another type of product that is commonly used in modern construction was also combustible and posed an undue risk of fire spreading from one apartment to the other.

I am a specialist litigation lawyer in building and construction law and I sue builders and developers as a part of my job for building defects. I also specialize in corporate and personal insolvency as well and strata litigation which is a huge area in big cities.

“I do not think Fiji has a Home Building Act to protect owners from dodgy workmanship and it is about time that Fiji has such legislation that will regulate the conduct of builders and developers so that owners are protected.” 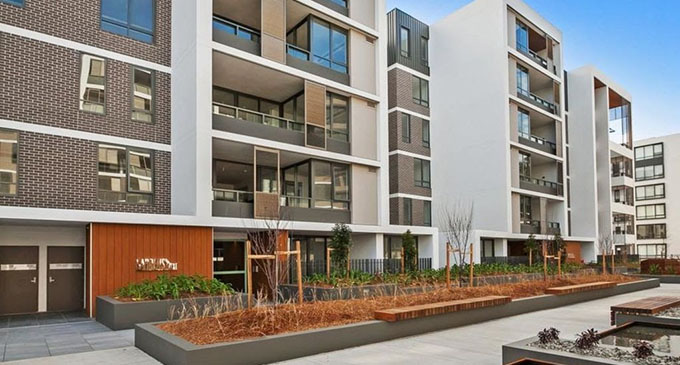 The Sydney Morning Herald reported extensively on the ruling Mr. Shafiq won. This is what it said: “Thousands of apartment owners across Australia who thought they were safe from potentially deadly cladding fires now face millions of dollars in bills to remove and replace timber-based panels.

In a landmark legal ruling, timber-PVC cladding that was believed to be a reliable alternative to dangerous aluminum composite has now also been declared unsafe.

This puts the widely-used Biowood paneling into the same category of major defects of the kind that caused the catastrophic 2017 blaze at London’s Grenfell Tower in which 72 people died, and the Lacrosse building in Melbourne, where this year owners won $5.7 million in damages after a cladding fire in 2014.

“This will affect thousands and thousands of more buildings all across Australia,” said Mr. Shafiq of JS Mueller & Co Lawyers who conducted the case at the NSW Civil and Administrative Tribunal.

“We think this is the first ruling in Australia, and possibly in the world, against Biowood, and it will have consequences for so many buildings that used it, thinking of it as a safe and aesthetically pleasing cladding.

“But the tribunal found that it is not safe and, if ignited, a fire could spread from apartment to apartment on the exteriors of the façade and then flow inside the building to put residents at risk. It could cause another catastrophe like Grenfell or Lacrosse.”

The case was brought by the owners corporation of four multi-story towers in Sydney’s Ryde, neighboring blocks at the new complex The Gardens at Putney Hill by developer Frasers Property, and built by Taylor Construction. The cladding runs up and down the building, and between floors.

“They’re well-built and well-designed buildings, but we obviously became very concerned about the cladding problem,” said chair of the owners corporation Lindsay Spencer.

“It’s the way the cladding was used that has created the hazard and means any fire could spread up and across the building, and send the whole towers up in flames.

“As we know, there have been disasters around the world, and this ruling will be useful too for other buildings in the same situation. It’s a hazard people need to know about as, in some cases, if something goes wrong, it could be a life and death situation.”

Owners commissioned reports from fire engineers who testified that the Biowood cladding was combustible and could lead to a fire spreading quickly over, and through, a building. Both the developer and builder argued that, while the material was combustible, it didn’t have the potential to spread.

They refused to replace the cladding, so owners took them to NCAT before warranties expired, claiming they’d breached the statutory warranties of the Home Building Act by using defective materials.

He has now ordered Taylor Constructions and Frasers Putney Pty Ltd to remove the Biowood attached on the facades and replace it with material that complies with the codes, standards and statutory warranties.

He also ruled the two companies must pay the owners’ costs of the proceedings.

Owners of apartments in buildings out of the six-year claims period, however, won’t be able to sue developers and builders for defects; they will be compelled to undertake the replacement at their own cost.

“But in the Ryde buildings, the panels will be removed to ensure lives are not in danger,” said Mr. Shafiq.

“Everyone up until now has been focussing on aluminum composite panels, but now we know a lot more buildings are in danger.”

A spokesperson from Frasers Property Australia said: “We acknowledge the ruling and will work with the construction contractor in the interest of our customers.” Taylor Constructions didn’t return Domain‘s calls.

The wood-plastic composite Biowood – made up of 70 percent reconstituted timber and 23 percent PVC – has been used for cladding on both Ryde buildings, which were completed at 3 and 5 Lardelli Drive in 2016.

Biowood is supplied by Biowood Australia and commonly used throughout the country for wall paneling, decking, flooring, fencing, sun-shading and screening.

In NSW, 1422 buildings were identified as likely containing dangerous combustible cladding, but this case will make totals in every state and territory much higher.

Why this ruling is relevant here, Faiyaaz Shafiq tells:

One is to ensure that buildings that are being constructed in Fiji or have already been constructed may have Biowood installed in them or being installed.
It is important that the public in Fiji is aware that Biowood has been held in Australia to be combustible and people, builders, developers, and the government should be aware. Manufacturers may wish to dump this product in Fiji because I believe the rules in Fiji are not as stringent as they are here.
Secondly, it is a very proud moment for me as a Fijian to have achieved such a result in a big country like Australia having come from the Fiji Islands. The message to be given to the younger generation is that they need to knuckle down and work hard to make themselves a name in Fiji and abroad just like what I have achieved in the 23 years that I have been practicing as a lawyer.
This is just one of the many case precedents that I have created here.
Coming from a poor background being raised in Toorak and a student of Dudley, I had very little resources during my schooling days to help me through but whatever little we had we made the most of it.

So people should forget about government handouts and relying on others but they should pull up their socks and say to themselves that if others can do it so can they. This is my message that I wish to convey to the youths of Fiji. Work hard now and enjoy the rest of your life.

Ex-President of Barcelona Bartomeu and 2 other people detained in the case of Barcelonagate
Police conducted searches at the office of Barcelona. This is due to the scandal with criticism of the players in social networks
The modern top-match of the Premier League is a pressing battle (but not a show). Tuhelj and Solskjaer again proved it
Manchester United will ask for Lingard 20+ million pounds. He may be included in the transfer of Rice
Manchester United and Leeds are Interested in 30-year-old defender Torino Nkulu
The only time he got mad at me was when I put the kettle whistle on the tailpipe of his car. English coach Glen Roeder has died
Mark Clattenburg: I am amazed that Manchester United were not allowed to kick a penalty for an obvious play by the hand of Hudson-Odoi. How not appointed after VAR-a mystery
Source https://fijisun.com.fj/2019/12/09/former-toorak-boy-faiyaaz-shafiq-wins-landmark-ruling-on-apartment-building-risk/

Raiserenivosa Pursues A Teaching Career In Agriculture Science At FNU

Lions Coach Tells Of Challenges Ahead

Families In Vatamai Without Water For Four Days

Dushant From A Shy Boy To A Head Boy

Commercial Business Centre At Fantasy Will Contribute To Vibrant Future

Fiji Rugby Union Will Not Condone Any Form Of Violence

SIGNING IN FROM SINGAPORE: Aiyaz Khaiyum finally breaks cover to explain why he is missing from his many Cabinet positions in Fiji. But was he in breach of Manual of Cabinet Procedure, notably Para 72, p.12

The Kanalevu Bure Set to Open in Suva Soon

Alternative Industries To Tourism Need To Be Explored: Shameem

Olympic Hopeful Sets His Goals For The Tokyo Games

Can’t Keep A Good Man Down

Programme Is First Step In Reaching Out To Other Communities: NFA CEO

Yako Takes The Lead As First In Village Firefighting Framework

Putting Pine To Good  Use

A-G: Our Economic Recovery Too Important To Be Politicised

Sila Runner Takes It Step At A Time

Tagimoucia Learn From The Best

Test Us, Baber Tells Other Teams

RELIGIOUS EXCEPTIONALISM: Minister Rosy Akbar and Ashwin Raj rip into Ben Padarath but both refuse to clarify WHY this BEARDED HEAD Boy of Lautoka Muslim College can come to school looking like an IMAM

Traveling To School By Boat Pays Off, Says Head Boy

On the Go Mobil Natokowaqa Service Station Opens With On the Go Bakery, And Go Cafe

Justice Temo Praises Marijuana Farmer For Co-operating With Police, Jails Him To 11 Years

This Is My First Gift To My Parents: Head Boy

BEARD OR NO BEARD IN SCHOOL?: LASHING out at Ben Padarath's INNOCUOUS question on Facebook about students coming to school with beards does not warrant highly politically charged reply from Akbar

BEARD OR NO BEARD IN SCHOOL?: LASHING out at Ben Padarath's INNOCUOUS question on Facebook about rule concerning a Muslim student's beard doesn't warrant politically charged response from Akbar

Tuisova, A  No.8 Delight For Lyon

Who’s Who In Rabuka’s Proposed Party?