A LUCKY lion cub narrowly avoids being trampled to death by a rampaging buffalo.

He repeatedly dodged the beast and got back to his mother in Kruger National Park, South Africa.

Johan Adolf Smalman, who took the snaps, said the male bull approached a group of lions feasting on a buffalo they had killed earlier.

He said: “As I was taking the photos I just saw the cub running and it really did look like the buffalo had got him.

“The cub was actually under his feet but incredibly didn’t even get injured, it just turned to the right and managed to escape.

“He probably used all of his nine lives to get out of that situation.” 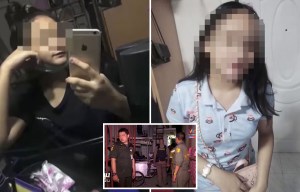 Pregnant girl, 13, 'jumps to her death after she's gang raped by 6 men' 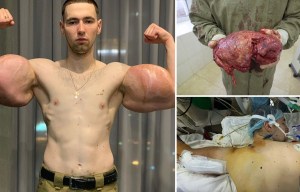 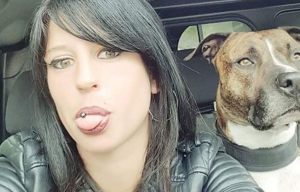 Pregnant French woman, 29, mauled to death by dogs while walking through woods 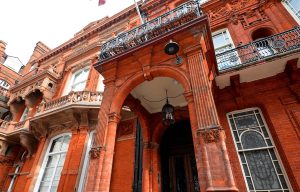 African Cape Buffalo are the largest on the continent and can weigh nearly a tonne. Their horns can reach an impressive five feet in length.

They are also are known to be bad tempered and can easily toss an adult lion into the air or trample one under foot.

Rangers vs Leverkusen under the microscope as controversial figure slams UEFA

US projected to suffer coronavirus peak on April 16 with 2,614 deaths in one day

Coronavirus: Queen Elizabeth says UK 'will succeed' in its fight against Covid-19 but may have 'more to endure'

Police find body after reports of man in pond in Radcliffe

'Bionic' pensioner, 89, is using lockdown to train for powerlifting competition

Woman moves in with boyfriend during lockdown - and makes unpleasant discovery

Finding meaning in the worst of times

Queen's message in full: What the monarch said in historic speech to the nation

They did what? Manchester's most bizarre court cases

'We will meet again': Queen urges Britons to stay strong

Stories to make you smile: The good news you might have missed

12 family lockdown activities to do together over Easter

Autistic girl who only eats Dairylea Dunkers may starve in lockdown, fears mum

Odsonne Edouard 'to be given Celtic honour'

Liverpool's most notorious crime families who terrorised the city

Coronavirus LIVE updates: Queen to address UK within minutes as death toll jumps by 621 to 4,974

'The Mancunian Motivator’ aiming to get you off your sofa

Halle Berry claps back at trolls after criticism over video of her son, 6, wearing heels

Ronan Keating thanks nurses after wife gives birth amid lockdown

'Lockdown has made me realise how lazy my husband is'

Johnny Vegas is delivering food to the vulnerable in St Helens

The race to predict which coronavirus patients are hit hardest

Coronavirus: Surgeon General admits he shouldn't have compared virus to the flu and says 'let's focus on the next 30 days not the last 30'

Millions could have been infected with coronavirus last year, expert claims