But he tells jokes through a text-to speech synthesizer app.

And although he comes from County Durham, he says no-one would know because his computer’s voice sounds like a posh BBC presenter.

He told the Daily Star last night through his gadget: “I’m definitely going to get a Geordie accent for my iPad. It would give me a bit more identity.” 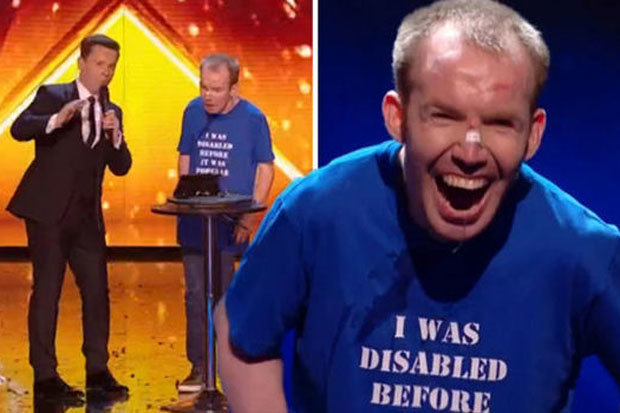 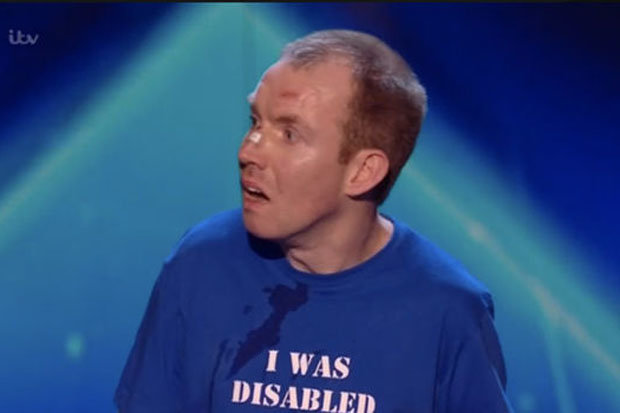 BGT WINNER: He’ll use his £250,000 to upgrade his iPad so he can speak with a Geordie accent

“Contrary to popular belief, disabled people can actually have sex”

Since his first appearance on BGT, 37-year-old Lee has attracted an army of admirers.

But he is shocked by the weird questions they ask him such as “How do you have sex?”

He joked: “Contrary to popular belief, disabled people can actually have sex. And if I have managed to convince someone to sleep with me, then there’s still hope for the rest of the disabled population as well.”

“Obviously it’d be awkward if I started to talk dirty in bed. There’s no way I can do that to a woman without her imagining she was in bed with Robocop!” 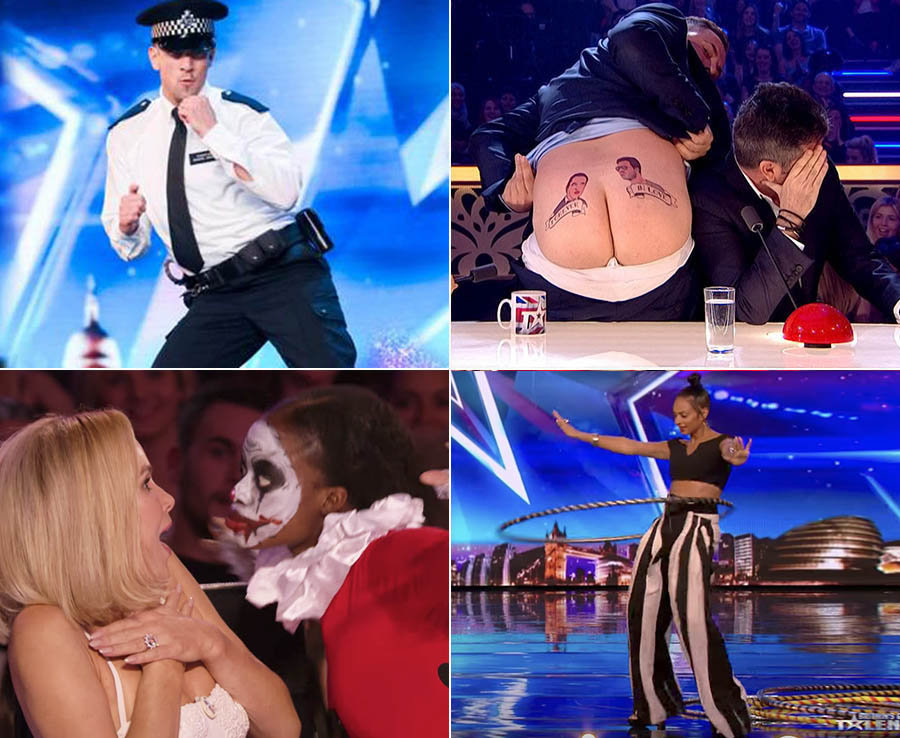 Lee – who wowed the audience with jokes about himself and his disability – said:

“I’m thrilled to have won. I have several support workers who help me get to all of my gigs and my family have always supported me as well.”

Now he has won the chance to perform in front of royalty at this year’s Royal Variety Performance.

He teased: “I do have jokes in mind for the Queen. I just hope she likes them or I might end up in the Tower of London... or having to talk to Prince Charles!”

Portugal national team about Ronaldo: KR2020. No one scores as much this year as our captain
Soljanke scored for Bournemouth in the Premier League for the first time in 39 matches. In total, the forward has 60 League games and 2 goals
Toby Alderweireld: People don't see how hard Tottenham work
Arteta is about 1:2 Tottenham Hotspur: a Huge impact. I am disappointed and dissatisfied
Vardy scored his 23rd goal in the Premier League and leads the list of scorers. He has 4 goals in 3 matches
Mourinho on the victory over Arsenal: We are happy. Even in the last minutes, everything was under control
Zinedine Zidane: People always talk about Real Madrid, because This is the most important club in history
Source https://www.dailystar.co.uk/news/latest-news/707393/BGT-winner-Lost-Voice-Guy-money-geordie-accent-ant-and-dec?utm_source=feedburner&utm_medium=feed&utm_campaign=Feed%3A+daily-star-latest-news+%28Daily+Star+%3A%3A+News+Feed%29

Mum-of-four, 37, who called herself ‘Lady and the Tramp’ after leaving husband for homeless man is found dead