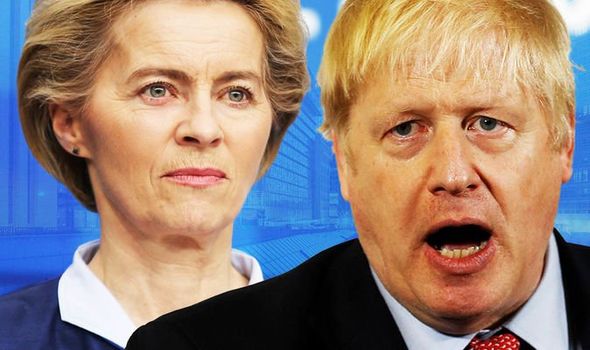 The Cabinet’s EU Exit Committee, chaired by Michael Gove, met last week to begin discussing preparations for the talks breaking down ahead of the end of the UK’s transition out of Brussels regulations at the end of December. Boris Johnson has ruled out any extension of the transition period beyond the end of the year. His deadline is soon to be enshrined in law by his EU Withdrawal Agreement Bill. One minister present at the committee meeting on Thursday said the gathering was held to consider what happens should Brussels “fail to grasp we really are going at the end of the year.”

We are not bluffing on the no extension

And the Prime Minister’s senior adviser Dominic Cummings was reported to have told a regular meeting of aides on Friday: “We are not bluffing on the no extension.”

EU chiefs have repeatedly attacked Mr Johnson’s deadline as too tight for the complex negotiations to be concluded.

Ministers fear the bloc could be digging in to try to stall the talks for as long as possible to maximise the pressure on the Prime Minister.

Official trade talks, led by Mr Johnson’s chief negotiator David Frost, are set to begin next month after the UK formally leaves the EU on January 31.

At the weekend, Chancellor Sajid Javid warned businesses that the UK will make a decisive break from the bloc. 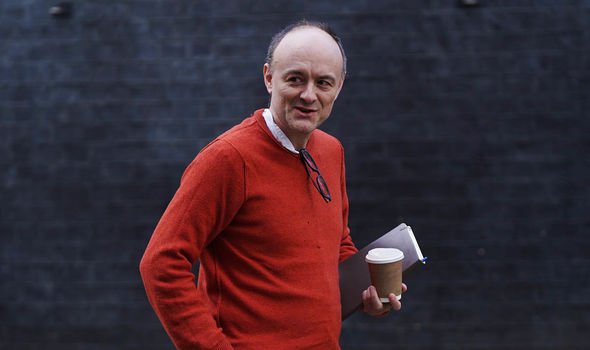 Dominic Cummings warned 'we are not bluffing on the no extension' (Image: Getty)

It comes after senior EU figures suggested the transition period will not be long enough for the UK and Brussels to secure a comprehensive relationship post-Brexit.

Earlier this month, while visiting the London School of Economics, where she studied, Ursula von der Leyen, the European Commission President, warned about the amount of time available for the UK secure a deal with the EU.

She said: “Without an extension of the transition period beyond 2020 you cannot expect to agree on every single aspect of our partnership. 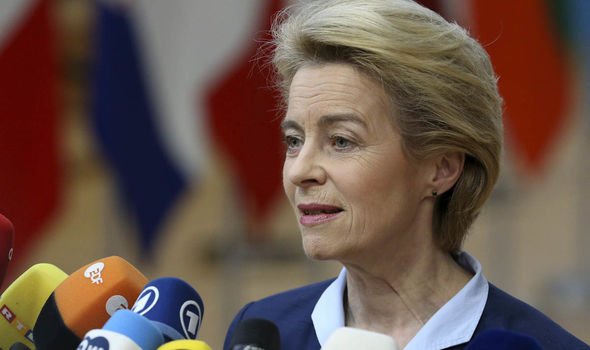 “We will have to prioritise. We are prepared to design a new partnership with zero tariffs, zero quotas, zero dumping - a partnership that goes well beyond trade and is unprecedented in scope."

She also said that “our partnership cannot and will not be the same as before.”

Adding: "It will not be as close as before because with every choice comes a consequence. With every decision, comes a trade-off.

Prime Minister Mr Johnson has repeatedly said the UK will not extend the transition period and will have completely cut ties with the bloc at the end of 2020.

'I feel like a prisoner': Christian man who was deported to Pakistan living 'in hiding' due to death threats

Boy, 12, leaves pit bull at shelter with heartbreaking note to protect puppy from getting ‘kicked’ by his dad

Elizabeth Hurley, 54, shows off her incredible figure in a purple bikini

Tragic final words of boy, 15, who died of overdose after 'relentless bullying'

Student, 22, discovers she has breast cancer after flying home from Ibiza

Money raised for flood victims after Storm Dennis could be swallowed up by DWP, warn politicians

Shoppers are raving about Lidl’s blackout blinds which cost just £6.99

Women can get pregnant from swimming in a pool with men, child official claims

Brexit: Sidestepping agreement on Northern Ireland could put trade deal with US at risk, Johnson warned

Who is Tyson Fury’s wife Paris, what are their kids names, and how did WBC heavyweight champion meet her?

Love Island final: What you get if you win and the cash twist explained

Arsenal player ratings: Aubameyang and Nketiah on target as Gunners impress against Everton

'Fit and healthy' dad, 27, collapses and dies while out walking dog

Le Crepier Papin might have a zero food hygiene rating, but that won't stop me from going

Thousands of Hungarians protest against Orban's segregation of Roma children

Inside abandoned Pontins left to rot and become swallowed by nature

Doctor Who fans convinced Brendan is the Timeless Child