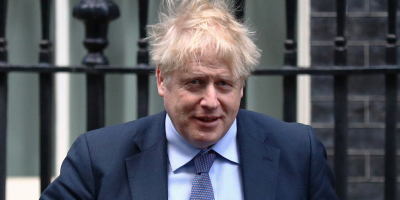 Boris Johnson has hinted that he could tear up the United Kingdom’s extradition arrangements with the United States after the Trump administration refused to extradite the wife of a US diplomat who is accused of killing a British teenager.

Johnson was asked on Wednesday by opposition Labour party leader Jeremy Corbyn about the „lopsided“ arrangements with the US after Johnson’s government failed to secure US agreement to extradite Anne Sacoolas, the American national suspected of killing British teenager Harry Dunn in a road accident.

Corbyn asked the prime minister whether that the „lopsided treaty means the US can request extradition in circumstances that Britain cannot.“

Johnson admitted that Corbyn has „a point,“ adding that he agreed that the extradition agreement with the US was „unbalanced.“

He replied: „To be frank I think you have a point in your characterisation of our extradition arrangements with the United States and I do think there are elements of that relationship that are unbalanced and I certainly think that it is worth looking at.

However, the prime minister refused to side with Corbyn in the matter of the extradition of Julian Assange, who is wanted in the US for criminal charges relating to Wikileaks.

He said he could not comment on individual cases but said: „It’s obvious that the rights of journalists and whistleblowers should be upheld, and this Government will clearly continue to do that.“

The UK and US currently have a bilateral extradition relationship which was agreed under Tony Blair’s government in 2003.

Diplomatic relations between Trump and Johnson have notably soured significantly in recent weeks.

It followed the prime minister’s decision in January to let Chinese telecoms giant Huawei build its 5G network, despite intensive lobbying from the US amid security concerns.

Trump was said to have been „apoplectic“ during a phone call with Johnson last week after the decision was announced, and he was reported to have ended the call by „slamming the phone down,“ according to officials in the room.

The prime minister has also delayed his imminent trip to Washington.

Aching muscles could be sign of most serious coronavirus cases, doctors warn

UK’s coronavirus death toll is HIGHER than Italy’s was at the same stage of their outbreak, certain figures suggest

Locked-down Brits plan to learn a language, master DIY or write a novel during isolation

When did UK coronavirus lockdown start?

US hijacking mask shipments in rush for coronavirus protection

Coronavirus: The Open ‘could postpone’; Premier League under fire

Heathrow to close one runway amid traffic fall during coronavirus crisis

What is going on? UK STILL hasn't bought coronavirus home-tests - despite vow 9 days ago

Hotel donates hundreds of toiletries to hospital after appeal for products

Meet the step-sisters collecting Easter eggs for a children's home

Supermarket worker reveals what it is like working during coronavirus crisis