BORIS Johnson has been urged to relax the two metre rule like other European nations to help boost the UK economy.

Former Tory leader Iain Duncan Smith claimed Britain needed to slash the distance people must be apart to get the nation back in work.

Appearing on BBC Radio 4’s Today programme, the prominent backbencher warned unemployment depends on how quickly the economy starts back up again.

He said: “We need to get that moving as quick as possible and I've certainly been arguing that for some weeks now.

“We're the only country certainly in Europe that I know of that uses the two-metre rule.

“I think when it comes to the hospitality sector, I think we do need to look at it very carefully.

“So we do need to look at how they manage that process and give them some flexibility.”

Current Government guidance says you must be two metres away from anyone not in your household.

The World Health Organisation recommends at least one metre, which is the rule followed in Spain, Italy, Austria, Finland, Sweden and Norway.

In Germany, Poland and the Netherlands the distance is 1.5 metres, with just the UK, Switzerland and US staying two metres apart.

His stark warning comes as the number of people claiming benefits in April soared by 70 per cent to almost 2.1million due to the coronavirus crisis.

With 856,500 more people claiming unemployment benefits in April 2020 compared to March, according to the Office for National Statistics (ONS) today.

Meanwhile, unemployment figures jumped by 50,000 to 1.35million in the three months to March, the ONS said.

It takes Britain's unemployment rate up to 3.9 per cent.

The retail, travel and hospitality industries have been particularly hard hit by coronavirus, with job losses and pay cuts being announced and some firms folding altogether.

British Airways, for example, has announced that up to 12,000 jobs are to be scrapped while Ryanair is axing up to 3,250 roles.

On the high street, Debenhams has gone into administration, and Cath Kidston, Oasis and Warehouse have shut their doors for good.

On a regional basis, Blackpool, Liverpool and Hull have suffered the highest spikes in unemployment from March to April.

Meanwhile, this morning former Prime Minister Gordon Brown claimed social distancing and hand washing will not be enough to stop a second wave.

He said: "We've lost probably around 12,000 to 20,000 lives in care homes and not even now are most workers and most care home residents being tested.

"We've known about this for more than two months and not even today can we say we've tested all those people who may be at risk.

"This is a disease where people don't have symptoms even though they are contagious and it's been rushing through care homes."

Experts are currently preparing to lift restrictions "in reverse", possibly re-opening schools first followed by shops and pubs - with the ban on large gatherings last to end.

But scientists have warned some measures could stay to prevent coronavirus infections from spiking again.

They are considering asking the public to continue voluntary social distancing, such as avoiding visiting relatives and working from home as much as possible.

Experts say we might have to change to our way of life "indefinitely", at least until a vaccine is developed, but it might be impossible to eradicate the virus.

It comes as a furious row broke out today as a minister blamed "wrong advice and wrong science" for the testing shambles which saw Britain abandon its track and trace policy.

DWP boss Thérèse Coffey suggested that ministers could only make their decisions on the information they had in front of them at the time. 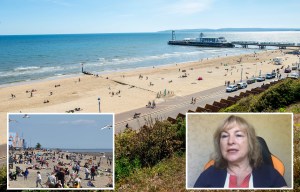 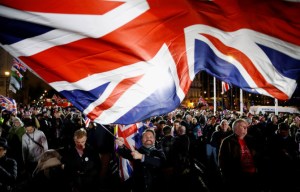 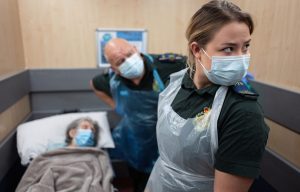 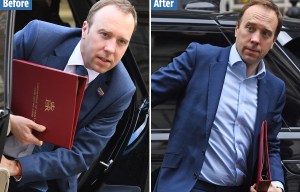 Matt Hancock's two-stone weight loss may have him saved from virus, doc says 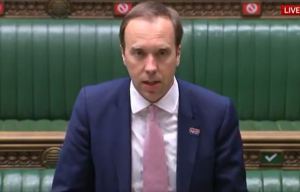 Coronavirus tests for anyone in UK over age of 5 with symptoms, Hancock says 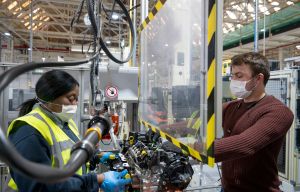 Soljanke scored for Bournemouth in the Premier League for the first time in 39 matches. In total, the forward has 60 League games and 2 goals
Toby Alderweireld: People don't see how hard Tottenham work
Arteta is about 1:2 Tottenham Hotspur: a Huge impact. I am disappointed and dissatisfied
Vardy scored his 23rd goal in the Premier League and leads the list of scorers. He has 4 goals in 3 matches
Mourinho on the victory over Arsenal: We are happy. Even in the last minutes, everything was under control
Zinedine Zidane: People always talk about Real Madrid, because This is the most important club in history
Lukas Podolski: Sane hasn't reached the top level yet. He needs to play for the national team, win the Euro or the world Cup
Source https://www.thesun.co.uk/news/11657921/boris-relax-distance-economy/