Boy, 6, savaged by ‘loveable’ pet dog who ripped his face apart before being saved by his grandma

A LITTLE boy is lucky to be alive after he was attacked by the family's previously "loveable" pet dog.

Camdon Bozell, six suffered life-changing injuries in April when he was mauled by pet dog, Chaos, 5, at his grandma's home in Schoolcraft, Michigan.

The pet dog attacked Camdon’s face in a fit of rage after he got up to get a snack and had to be pulled off the boy by his hero grandma, who was alerted by Camdon’s screams while in the bathroom.

The schoolboy had to undergo plastic surgery to reconstruct his face and has been left with permanent scarring following the horrific attack – which paramedics said was the worst thing they had ever seen.

Mom Tristin, who now lives in Plainwell, Michigan, is warning other parents not to leave pet dogs unsupervised with children – saying she had never witnessed Chaos show any signs of aggression prior to the attack.

The mom-of-two said: “When I got to the hospital, I feared the worst.

“They wouldn’t let me see Camdon at first and then a nurse came out and said ‘good news he’s breathing on his own’ and I freaked out – I thought why wouldn’t he be?

“If the dog had attacked him an inch or two below and got Camdon’s throat, my son would be dead.

“The dog was not even an inch from his eyes. I’m just happy his ears and eyes were okay.

“The first responders said it was the worse thing they had ever seen.

“And it was the worse day of my life. I spent a month crying for Camdon.”

Tristin had left Camdon in the care of a relative on the morning of the attack, having been called into work last minute.

It was the worst day of my life

Less than an hour later, she received a phone call form police telling her that her son had been attacked by Chaos and was being rushed to hospital.

She hurried to Michigan’s Bronson Hospital, an hour and a half drive away from her office, but was unable to see her son on arrival and spent over 30 agonising minutes in the waiting room, expecting the worse.

Tristin said: “I was panicking and crying after I got the call.I was shaking. I could barely drive.

“After waiting for half an hour, I got to see him briefly but they had wrapped his face in gauze.

“I didn’t know the extent of his injuries until he came out of surgery.

“And then I was in shock. I couldn’t believe that this dog did so much damage to my son.

“The dog had been around kids for its entire life and never shown any signs of aggression.

“He was called Chaos, but that name did not suit his temperament at all.”

Tristin stayed in hospital with Camdon for three days while he had plastic surgery to repair his face, but he will need extra surgery to rebuild his nose in the future due to tissue loss.

The five year old pit bull was ordered to be put down by police and Camdon's aunt, Becky Rose, has since set up a fundraiser to help pay for her nephew's medical bills.

Tristin said: “We will never know why Chaos attacked Camdon.

FOOT IN THEIR MOUTH 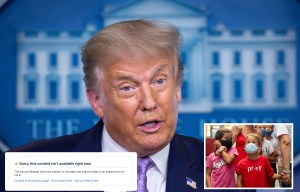 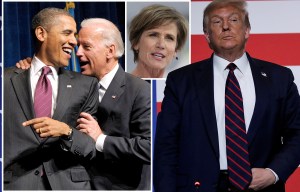 “Was it because he got up too quickly? Did he want the snack Camdon had picked up?

“The scars don’t bother Camdon but people stare in the grocery store and that upsets him, especially when they ask what happened.

“The trauma is not over. It’s going to be something that we’re going to deal with for the rest of his life.”

Akanji about 0:2 from Augsburg: Borussia showed too little in attack and defense
Hummels 0:2 in Augsburg: Borussia played well in many aspects, but did not create enough chances
Schalke have not won the Bundesliga in 18 consecutive rounds. The total score of the first two games of the season is 1:11
Real won with the help of VAR and decommissioned forwards. Jovic earned a penalty, mayoral a penalty
Robles on refereeing the match with Real Madrid and VAR: dubious episodes are always Interpreted in favor of top clubs
Conte on 4:3 with Fiorentina: impressed with Inter's attack. We didn't have enough balance, we paid for it
Zidane about 3:2 with Betis: real can get better and will. A difficult game, but we believed in winning until the end
Source https://www.thesun.co.uk/news/12328159/boy-savaged-by-pet-dog/

Hundreds of Poppy Day parades 'could be cancelled due to coronavirus'

'He returned to what he really was': Clive James's daughter on his poetic farewell

Recipe for chaos: 2020 election threatens to snap a US already pushed to the limit

Striking photographs show life in Newcastle in the 1980s

There are seven unclaimed estates in East Lancashire

From psychopaths to 'everyday sadists' - why do we harm the harmless

From psychopaths to 'everyday sadists' - why we harm the harmless

From psychopaths to 'everyday sadists' - why do humans harm the harmless?

Mum quoted £4,000 to redo her tired-looking bathroom did it herself for £45

The Great British Bake Off: 11 of the show’s most dramatic moments

Trump First now drives US foreign policy. Even if it leads to war…

With its slavery list, the National Trust makes a welcome entry to the 21st century | Catherine Bennett

Football betting tips: Both teams to score at Sheff Utd vs Leeds, plus Liverpool vs Arsenal – Premier League predictions

The Florida patrol attempting to enforce a loosened mask mandate

Sarah Paulson: ‘If I’m terrified, I feel compelled to do it’

Amy Coney Barrett: what will she mean for women's rights?

Dolls with hearing aids inspired by girl, 4, who was born deaf

Funeral director gives the gift of life - by donating her eggs

How periods and the pill affect athletic performance

How lockdown helped dieter slim down to a size 10