Brit mum of son, 13, killed alongside cousin, 15, in parasailing accident fainted and cried ‘where are the children?’

THE British mother of a boy killed alongside his cousin while parasailing in Rhodes reportedly fainted when she saw her second son's injuries and came to asking: "Where are the other children?"

The brothers, aged 13 and 15, and their female cousin, 15, fell onto a stretch of coastal rocks on the Greek island when the rope connecting them to a speedboat snapped in strong winds.

The boy has reportedly been placed in a medically-induced coma.

The teenagers are thought to have fallen from around 400 feet in the air, 100 feet over the height limit for parasailing on most Greek islands.

Eyewitnesses described how the mother of the 15-year-old boy fainted when she saw him being carried into hospital on a stretcher.

When she came round she reportedly asked: "Where are the other two children?"

Doctors at the hospitals had only just been told by port authorities that the children had died, while the parents had believed they were injured and being transferred in another ambulance, local outlet Protothema reported.

Police said the owner of the sea sport business and the speed boat captain have both been arrested following the accident.

"They have been ordered to appear before a public prosecutor," one police source told Sun Online.

The age limit for parasailing in the region is 16, while the use of three-seater parachutes for the sport was reportedly banned last year.

Questions have also been raised about whether stormy conditions contributed to the accident, and whether the group should have been allowed to parasail in such strong winds.

One source said: "It was a horrific accident.

"Three of them were all up in the sky at an extremely high altitude when the rope attached to their parachute and the speedboat snapped.

"It clearly wasn't strong enough to be pulling all three of them at the same time.

"Strong winds carried them across the sky and moments later they smashed into a cliff-face on the beach.

"All of them were parasailing at the same time but it is illegal for three to be doing it at once."

The Greek coastguard confirmed the first two children were found dead on the rocks near Cape Gina, while the third was found nearby by firefighters.

A holidaymaker who saw the glider on the rocks after the accident said: "Fire engines attended the scene but couldn’t actually get anywhere near the accident, due to the lack of roads round the mountainside." 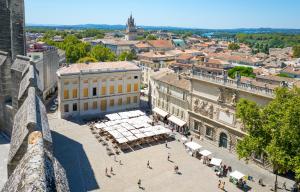 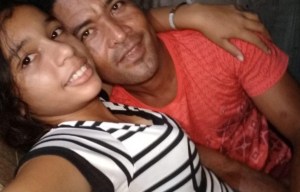 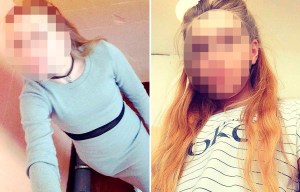 Girl, 14, gives birth in secret then puts baby in freezer to die 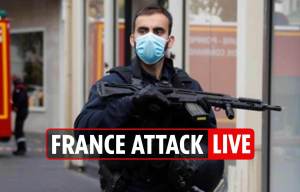 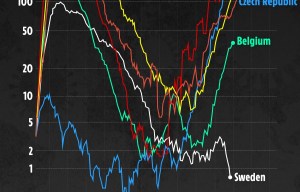 The family of the three youngsters were reportedly holidaying in the area of ​​Pefki.

A Foreign, Commonwealth and Development Office spokesperson said: "We are supporting the family of two British people following their death in Rhodes, and are in contact with the Greek authorities."

Daniele Bonera: Milan always wants to dominate, that's the club's philosophy. Lille-a difficult opponent
In Buenos Aires, a farewell to Diego Maradona takes place
We will talk to Messi, but we will not ignore the economic situation. Barca presidential candidate Ruso on Leo's future
Sunderland will be owned by the 22-year-old son of Russia's richest woman. In 2016, the family got rid of Marcel
Liverpool and London clubs will be able to let spectators into the stadiums next week, Manchester United and Manchester City-not yet
Henderson about the incident with Suarez and evra I'm Not sure that Liverpool did the right thing. We didn't think about Patrice at all
Shilton on the Hand of God: the Unpleasant aftertaste is over. Maradona - one of the best in history
Source https://www.thesun.co.uk/news/13052487/brit-mum-son-killed-cousin-parasailing-accident-fainted-children/

How Dubai became the ‘Benidorm of the Middle East’ for ex-Love Islanders, with flashy resorts, edible gold & freebies

Newport shops will be encouraged to stock 'quieter fireworks'

All the new rules for shopping in December across England

Is Rangers vs Benfica on TV tonight? Kick-off time, channel and how to watch Europa League fixture

All the new pub, cafe and restaurant rules in England from December 2

Map shows exactly what tier every part of England is in

Many school children have no idea where milk comes from

Confirmed: Greater Manchester is in Tier 3 and this is what it means

INTERVIEW: Why AFL-CIO sits at the table when its members march in the streets

'Why now?' Dismay as US considers troop pullout from Somalia

What time is the tier announcement?

Lockdown tier predictions - which areas are likely to be in Tier 1, Tier 2 and Tier 3

Is Sparta Prague vs Celtic on TV tonight? Kick off time, channel and how to watch Europa League fixture

Is Tottenham vs Ludogorets on TV tonight? Kick-off time, channel and how to watch Europa League fixture

Tottenham vs Ludogorets live stream: How to watch Europa League fixture online and on TV tonight

Tottenham vs Ludogorets prediction: How will Europa League fixture play out tonight?

New lockdown rules for Christmas and December - tiers, restrictions and everything you need to know