BORIS Johnson last night warned Brussels hardliners they will only "harm themselves" with their daft plot to shut out British films and shows from European tellies.

The PM's key ally Lord Frost slammed the barmy plans which could see viewers on the continent deprived of series like The Crown and Peaky Blinders.

And as the backlash grew even eurocrats tried to distance themselves from the potty proposals championed by Paris.

The bloc has claimed the "disproportionate" number of British shows on streaming services threatens its "cultural diversity".

It is now floating plans to strip UK-produced TV and film of prized "European works" status to squeeze it out.

Brexit Minister Lord Frost fumed: "If the EU choose to harm themselves and their viewers by excluding some categories of UK content we can’t stop them.

"But I’m sure good sense will prevail and we won’t be in that position."

He also revealed France wrecked hopes Britain and other EU states had of agreeing a TV and film pact in the Brexit trade deal.

No 10's proposals were welcomed by some capitals but Paris' opposition meant there was never "a realistic chance" of agreement.

Mr Macron is leading the drive to lock out British content with Austria, Greece, Italy and Spain all rowing in behind him.

But their plans are set to be opposed by less protectionist nations like Germany, Sweden, and the Netherlands. 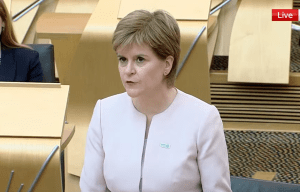 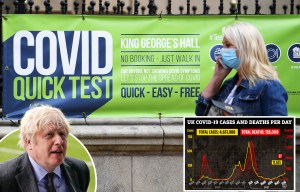 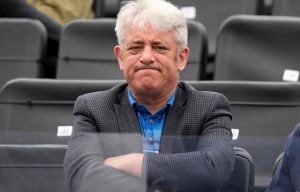 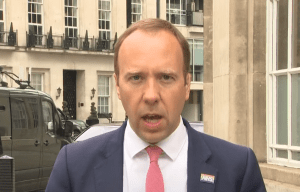 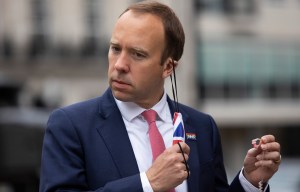 Lockdown could return in winter but Freedom Day set for July 19, says Hancock 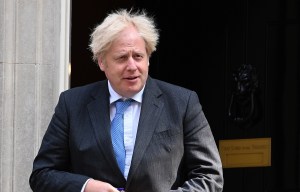 Brussels red tape says providers like Netflix and Amazon Prime must ensure 30% of their catalogue is classified as "European content".

Last year 22% of on demand films and TV came from EU countries and 8% from the UK according to the European Audiovisual Observatory.

Most of the remaining 70% is made up by hit shows and movies from the US.

Inter, in the event of Lukaku's departure, will try to buy Zapata from Atalanta, Bergamasca-Abraham from Chelsea
Aston Villa bought Southampton's top scorer Ings for 30 million pounds
Aurelien Tchuameni: Why is it possible to stop the match for 5 minutes because of a millimeter offside, but not because of racist shouts at the stadium?
Manchester United, Liverpool and Man City were Interested in Bailey, but did not want to pay 40 million pounds to Bayer
Alisson on a new contract with Liverpool: I didn't spend much time thinking about it. I'm happy here
Van Gaal on his appointment to the national team: Dutch football has always been close to me
Bayern and Kimmich are close to a contract until 2026. Only Lewandowski will receive more Jozua

What is the CDC’s eviction moratorium?

Obama behaved like any other rich, entitled American man this week. As a liberal, I was sad to see it

Judge berates Capitol rioter: ‘Your vote doesn’t count any more than anyone else’s’

'Infertile' woman found out she was pregnant moments before endometriosis surgery

Schoolboy, 14, dies after taking MDMA at sleepover with friends

Manchester City will look much different this season, but nobody knows when

Police discover more than they bargained for in routine check

Clock ticking for mental health charity in need of a lifeline

Two Monklands roads to close for five days next week

Nursing home to workers: Get vaccine or lose your job

DoorDash in talks to invest in German grocery app Gorillas

Tokyo 2020: How many calories do Olympic athletes burn?

Death toll in Taliban attack on Kabul rises to 13

Love Island first look: Abi breaks down in tears over Dale and Matthew and Kaz row after recoupling

Who is Robert Webb? Strictly 2021 contestant and Peep Show comedian

Plundering OUR land! Falklands fury as Argentina erupts at 'criminal and illegitimate' UK

What is the new ‘doomsday’ COVID variant?

Healthy mountain climber dad, 42, dies of Covid 'wishing he had listened and got jab'

Fit and heathy dad, 42, dies of covid after telling doctor 'I wish I had listened'

‘It was like a dragon’: Huge moths have been landing all over one place in Greater Manchester