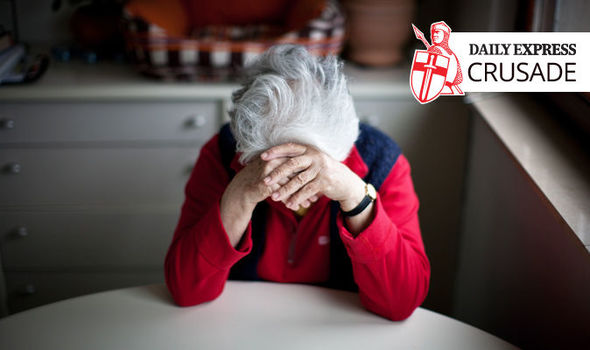 Over 160,000 of Britain’s pensioners and disabled people are 'trapped' in debt

But Freedom of Information requests to every local authority in Britain with responsibility for social care showed that nearly 1,200 people have been taken to court by town halls for social care debts.

At least 166,835 are in arrears on their social care payments, with more than 78,000 having debt management procedures started against them for nonpayment of charges, the study showed. And the true figure is likely to be higher as some authorities did not respond.

It is the latest scandal to hit Britain’s beleaguered care system, which experts say is underfunded by £2billion. Growing numbers of pensioners have been forced to pay soaring care home bills, while owners have been charging for rooms even after the residents died.

Elderly patients have been left languishing in expensive hospital beds long after they are fit to leave, because the NHS and local authorities do not put care plans in place quickly enough.

We need a clear, coherent strategy for funding social care now and in the future

A soaring number of care home closures – more than 12 a month last year – has added to the problem. Sharon Wilde of the GMB union, which submitted the information requests, said: “These stark figures show the UK’s social care ticking time bomb has now blown a gaping hole in families’ finances.

“The fact more than 1,000 people have been taken to court because they’re unable to pay for their own care or that of their loved ones shows the system just isn’t working.

“We need a clear, coherent strategy for funding social care now and in the future.”

Jan Shortt, general secretary of the National Pensioners Convention, said: “This is graphic proof the social care system is letting down some of our most vulnerable older people and their families. 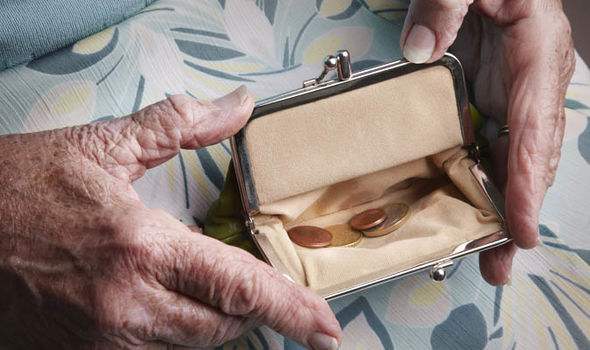 Nearly 1,200 people have been taken to court by town halls for social care debts

“The costs are simply too great to be left to individuals and the Government’s Green Paper in the summer needs to offer a real solution to sharing the risk and pooling the cost of future care across society as a whole.”

Even the 6.5 million people looking after loved ones at home are struggling.

New data by the Labour Party shows nearly two-thirds of councils have been charging for carers’ respite breaks.

Age UK’s charity director Caroline Abrahams said: “Older people are increasingly at the centre of a perfect storm of cuts to social care.”

The Daily Express crusade Respect for the Elderly has called for a Minister for Older People to oversee the introduction of policies to help the elderly generation. Jeremy Hughes, chief executive of Alzheimer’s Society, said: “As this investigation powerfully shows, the social care system is in dire straits.”

Adult social care services are facing an annual funding gap that will soar past £2billion by 2020, experts have warned.

A Local Government Association spokesman said: “These figures illustrate yet another consequence of a system straining under real financial pressure.” 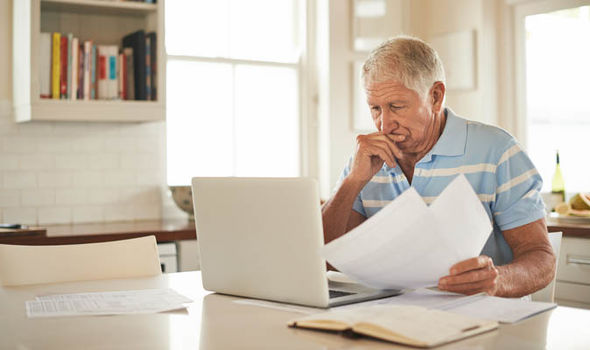 Thousands of people across the UK who have worked hard all their lives are at risk of losing the roofs over their heads because of rising social care debt.

It is no wonder that cash-strapped, hard-working families are being plunged into debt after being left to plug the financial gap for their elderly relatives.

The stress of being forced to leave a familiar environment for vulnerable adults in these circumstances is too great a risk This Government’s sticking-plaster approach to the social care crisis is leaving many of Britain’s people, the generation that has given so much to build our country, in a dire situation.

Our investigation has found that at least 166,000 people are trapped – unable to afford the rising social care costs.

In fact, more than a thousand people have been taken to court because they’re unable to pay for their own care – or that of their loved ones.

This is a damming indictment of the complete and utter failure of the Department for Health and Social Care, proving their inability to listen and act on the fears of people.

It’s shocking that hardworking people who have paid their taxes and National Insurance into the system all their lives are now living with the stress that they be may be forced out their homes.

GMB members who work in social care are suffering from severe budget cuts. As a result they have seen their pay and conditions shrink and the demand and strain on their time rise.

As the union for people working in social care, we are calling for a proper plan to fund social care for this generation and the next.

Because our highly skilled workforce deserve better and the people who built our country deserve dignity.

Hakimi spent the super season in Dortmund, belonged to Real Madrid, and ended up at Inter
Undress and have dinner with us. Karembeu about how the players of Real Madrid joked Casillas
Hakimi moved from Real Madrid to Inter
Icardi on leaving Inter: PSG-a step forward. I want to win trophies
Giress about the Best-2019 award: Mane should have been ahead of Messi
Lovestory Totti and Ilari Blasi: he dedicated goals to her in the Derby, she dissuaded him from moving to Real Madrid (and had a row with Spalletti)
Eric Djemba-Djemba: Pogba and Brunu would have sat in the reserves under Scholes and Keane
Source https://www.express.co.uk/news/uk/969448/care-home-crisis-social-care-pensioner-debt-disabled-people?utm_source=feedburner&utm_medium=feed&utm_campaign=Feed%3A+daily-express-news-showbiz+%28Express+%3A%3A+News+%2F+Showbiz+Feed%29

Man United already have the perfect replacement for Angel Gomes

More than 300 cannabis plants discovered by police in Bolton house

Body of woman found in car parked outside B&Q

The Trafford bars, restaurants and pubs reopening from Saturday

Nearly 94 per cent of Greater Manchester teachers are white

Retail therapy is now in need of some critical care

Holly and Phil's possible This Morning replacements in future

'Stay sober and pick a window seat': Doctor's advice for when pubs reopen

Over 20,000 people in close contact with virus cases went untraced

Who is Adam Boulton and is the Sky News presenter married?

Love is on the air: why we can't get enough of romantic reality shows

The average child 'has gained 6lbs since lockdown began'

Countries reporting no Covid deaths - and those that are virus-free

Donald Trump says coronavirus is ‘like life – it’s got a life, we’re putting out that life. It’s a bad life’

Barbara Castle Way CLOSED this weekend due to roadworks

'Guidelines': you can't enforce them, but you can blame people for not following them

As Brits sit on £16.5 billion of unused tech our e-waste is out of control

Nations reporting no Covid deaths - and those that are virus-free

The 10 Covid safety measures every parent should teach their kids

Experts explain how we've been changing our bed sheets wrong

Diego Maradona rages ‘imprisoned, my a**e’ in bizarre blast at claims by daughter he is being held CAPTIVE

Take the hi-tech route with the new Volkswagen Golf 8

What is Sun Savers and how can banking codes get you two FREE tickets for your family with Sun Superdays and Merlin?

Face coverings will be mandatory in Perth and Kinross shops