BRITISH AIRWAYS apologised for 'straying offside' after tweeting support for England's rugby union side ahead of their clash against Wales.

Eddie Jones' team play Wales at the Parc y Scarlets, Llanelli at 4pm this afternoon in the Autumn Nations Cup.

And the Red Rose's official airline partner BA had tweeted a good luck message in advance of kick-off.

It read: "Good luck to the England rugby team against Wales today."

But as 'English Airways' began trending on Twitter, the airline deleted the post and issued an apology.

It said: "We are proud sponsors of England Rugby but on this occasion we unintentionally strayed offside, for which we are sorry."

BA does not fly from Wales but does employ around 900 staff at three different sites in the country. 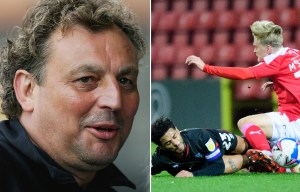 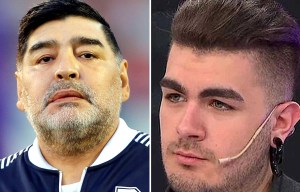 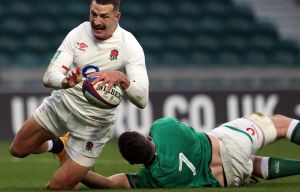 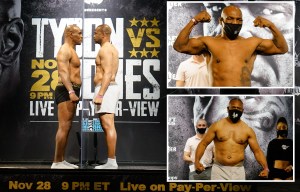 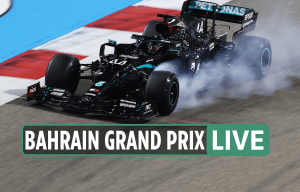 Bahrain Grand Prix LIVE: Follow all the action from the Sakhir Circuit

And journalist Julia Hartley-Brewer noted the backlash by commenting: "Spare a thought today for the @British_Airways social media team's notifications."

One fan fumed: "British Airways wishing England luck against Wales in the rugby today is better than any other advert I've seen for Welsh independence."

Another added: "Its just plain offensive and their apology doesn't alter the fact that someone at BA thought it was a great idea to hope England beat Wales. Did they tweet similarly last week when they played Ireland?"

British Airways wishing England luck against Wales in the rugby today is better than any other advert I've seen for Welsh independence.

The first player bought for cryptocurrency was ex-forward Castilla Barral
Playing on artificial turf is not football. Koeman before the game with Cornell of the 3rd division
The Premier League voted to introduce two substitutions due to concussions
Klopp on 0:0 with Manchester United: Not a disaster, not ideal. There are a lot of good things in the Liverpool game, but no one cares
Ronald Koeman: I hope Messi's suspension will be reduced. I think there is something to challenge
Arsenal have terminated their contract with Sokratis
Miranchuk will make his debut for Atalanta in the Serie A match against Udinese. He came on as a substitute 9 times
Source https://www.thesun.co.uk/sport/13323728/british-airways-apologise-england-rugby-wales/

What are Joe Biden’s executive orders?

Horse racing tips: Templegate’s Nap can do the business in Somerset Grand National plus other best bets for Thursday

Overwatch 2 release date and news – all the latest rumours revealed

Conor McGregor net worth: What is UFC star worth and how much does Notorious make from MMA bouts?

Blackburn with Darwen: CCTV in cabs plan considered by council

Coronavirus infections creep toward 50k mark, as another 12 die in East Lancashire

Tiger Woods could still win another Major despite back surgery says McIlroy, as Thomas adds he’s ‘certainly not worried’

Who is Dustin Poirier’s wife Jolie, how many children does UFC 257 star have and what’s his MMA record?

Joe Biden inauguration 2021: What time is the ceremony in the UK and how can I watch live?

UK coronavirus death roll rises by 1,820 in highest ever increase

Fines given to people breaking lockdown measures on trains

Driver loses control after aquaplaning on M57 in Storm Christoph

Joe Biden shares sweet message to Jill ahead of Inauguration: ‘I love you, Jilly’

Is Lady Gaga a Republican or Democrat?

Euan Blair – How Tony Blair’s eldest son went from gawky teen to multimillionaire, worth more than the former PM

Car trapped under flooded bridge as region battered by storm

Lil Wayne, Kodak Black get clemency; Joe Exotic does not

Welcome to my home town: Why Barnard Castle is so much more than a Twitter punchline

Mar-a-Lago Florida: Everything we know about Trump’s new home

Grow up, Guy! Twitter turns on Verhofstadt over Trump jibe: ‘How old are you, six?

Smiling in shades and Chanel, Melania says goodbye to White House after getting aide to write thank you notes ‘in her voice’