UFC fans have revelled in Conor McGregor's defeat to Dustin Poirier by flooding social media with memes of the two-weight world champion.

The 32-year-old was brutally knocked out in the second round of the main event at UFC 257 in their eagerly-awaited rematch in Abu Dhabi.

McGregor has now lost three out of his last six fights inside the octagon, with each of the defeats coming inside the distance.

But the Irishman has vowed to continue as he shut down any talk of him hanging up his gloves for a fourth time.

After a promising a KO victory of his against Poirier, fans couldn't help but mock the Notorious after he was stopped by the American.

They instantly used a picture of McGregor laying on the floor of the canvas in a variety of different ways.

THE BEST MCGREGOR VS POIRIER REACTION

Some combined a meme of American politician Bernie Sanders from Joe Biden's presidential inauguration with McGregor.

Sanders was seen hugging McGregor from behind in one image, while another showed him sitting next to the UFC star at the hospital.

Another saw McGregor laying next to Nate Robinson - who was knocked out by Jake Paul in November.

Other memes showed the ex-featherweight and lightweight champ sleeping at a school desk, as well as having a kip on a bed. 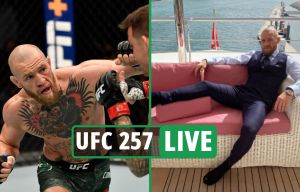 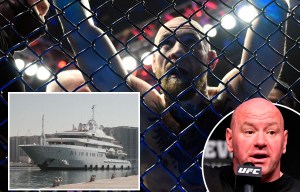 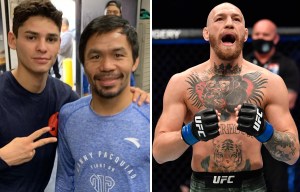 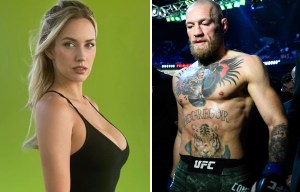 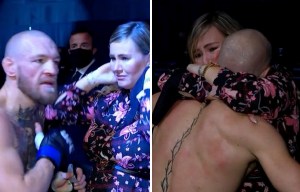 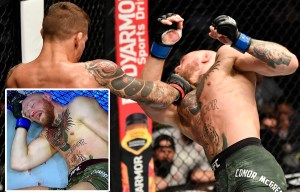 And it wasn't just Twitter users that poked fun at McGregor, as his rivals also took to social media to taunt him.

Jake Paul - who has repeatedly called out the Dublin native - quickly withdrew his $50million offer to fight him.

Conor McGregor vs Dustin Poirier 2 - Round by round

Benfica offers Diego Costa a 2-year contract with a salary of 3 million euros per year
Thierry Henry: Pep is obsessed with tactics. He sees and wants to change so many things that it can be a problem
Cavani is close to an agreement with Boca Juniors. He wants to leave Manchester United in the summer
There are only 6 coaches in the world with a positive balance against Pep. The leader of the rating-Sulscher
Ancelotti on 0:2 with Chelsea: Everton are not at their level. They were better and deserved to win
Lazio women's coach about Italy: Our society is homophobic and racist
Lingard has scored 4 goals in 6 Premier League appearances for West Ham. In Manchester United, he scored 4 goals in the previous 38 matches

What has Samantha Markle said about her sister Meghan?

How have the royal family responded to Meghan and Harry’s Oprah interview? Everything we know so far

Schools reopening: Joy as millions of pupils head back to classroom and first lockdown restrictions are eased

Will Boris Johnson be forced to intervene in the royal crisis?

Slug can decapitate itself and regrow its entire body including organs, say ‘surprised’ scientists

US offers residency to Venezuelans and will review sanctions

Joy as sons, daughters, wives, husbands and grandkids allowed to hold hands with loved ones at care homes

Inside asylum seeker barracks that were 'run-down, decrepit and filthy'

The major projects Bridgend Council will spend money on this year

Who is Phoenix on the Masked Singer?

Demand for LGBT+ supported accommodation continues to rise in Wales

How much did Harry and Meghan get paid for the Oprah interview?

RHONY’s Sonja Morgan, 57, shows off major side boob as she poses in tiny swimsuit

Stimulus checks could be sent out as soon as this weekend as House set to vote on $1.9trillion Covid bill on Wednesday

Is Harry still a prince after leaving Royal duties?

'Living building' to be built in the centre of Swansea

Meghan Markle ‘slammed the door in Kate Middleton’s face’ when she tried to apologise, insider claims

Boy, 13, among 10 children reported missing in London in the past month

The hidden meaning behind Meghan Markle’s dress for Oprah interview

'Upsetting' domestic abuse slammed for including image of Klopp

When is Prince Harry and Meghan Markle’s baby due?

US journalist arrested while covering race protest goes on trial

Major Hull road shut after crash with area cordoned off

The Masked Singer Season 5: When is it and how can I watch?