Cops hunt man, 24, who was accidentally released from custody while waiting trial for sex assault

POLICE are appealing for the public's help to locate a prisoner who was mistakenly released from HMP Wormwood Scrubs.

William Fernandez, 24, was accidentally released from custody in the London prison on March 24 while awaiting trial for sexual assault.

After the Met police were informed by the HMP staff, officers carried out searches in the local area.

It is believed that Fernandez travelled by London Underground from East Acton station.

At 9pm he was spotted on CCTV walking along Wealdstone High Street, heading north.

There have been no confirmed sightings of him since, however, officers are conducting extensive enquiries to locate the 24-year-old including door-to-door enquiries and CCTV analysis.

Fernandez has been described as white, of medium build, with thinning hair and a dark beard.

He has a distinctive cross tattoo on the left-hand side of his neck and was last seen wearing a black tracksuit and a black hat.

He is also known to use the name Agustin Fernando Jimenez Eiberte. 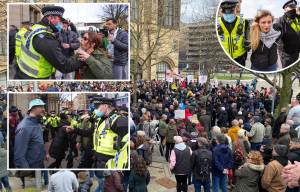 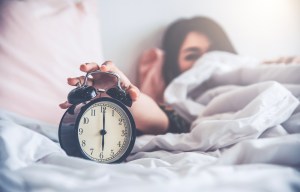 ALL IN GOOD TIME

When clocks go forward in 2021 and whether phones update automatically 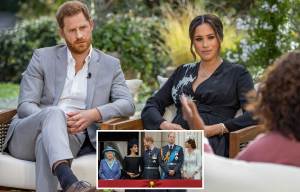 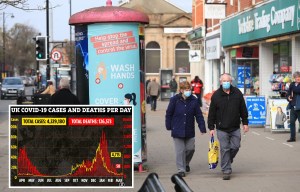 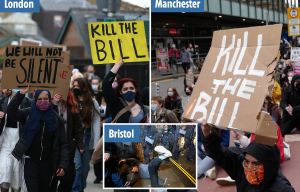 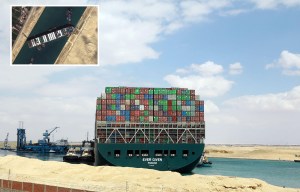 Detective Inspector Rory Wilkinson, who is leading the search, said: “Officers are exploring every possible line of enquiry to track Fernandez down and return him to prison.

“We would ask the public to assist us by being our eyes and ears and calling us if they see him or have any information about his whereabouts.”

If you see Fernandez or know where he is, please do not approach him. Call 999 immediately providing the reference 7873/24MAR.

Chelsea transfer round up including Marina Granovskaia's Haaland strategy

Prince Philip statue: No10 backs plan to commemorate Duke of Edinburgh after death

A reading list to prepare for a post-pandemic age

‘People are on pins and needles’: the Chauvin trial and race in America

Farmers warned to look out for cyclists as lockdown eases

Mother lost two of her sons to suicide in two months

Rules and hours for Primark, Next, Ikea, Debenhams as they reopen

Rossendale festival confirmed to be going ahead in September

Blackpool footpaths found to be unpassable in new inspection

Register to vote deadline for the 2021 Lancashire local elections

Banned from Liverpool - these are the names and faces

Polling station jobs you can apply for right now

Man United could vary their line-up vs Tottenham

Nicholas Rowan Walker is accused of dangerous driving on A590

Mardale Green and Snittlegarth - what happened to Cumbria's lost villages?

David? You're nicked – the names most often charged in Cumbria

Herdy themed parties are becoming all the rage

Revealed: The most expensive dog breeds of 2021

Wedding alarm bells... it's another week in soapland

Andrew Thomas on street marshals for the Lakes

Step back in time: an amazing Echo front page from 90 years ago today

River Hunters put their noses to the grindstone

Crowd cheered as Blackburn pals came to blows on pitch

Step two out of lockdown: what you can and cannot do from TOMORROW

Mother's anguish at having to film toddler son with strokes

Brits without ‘vaccine passports’ could pay more in travel insurance

Pubs reopen: Two-thirds of pubs can’t welcome drinkers on Monday due to no outdoor space