**SPOILER WARNING: THIS STORY CONTAINS SPOILERS FROM EPISODES AVAILABLE ON ITVHUB THAT HAVE NOT YET AIRED ON TELEVISION**

Drug dealer Harvey is currently behind bars awaiting trial in which Leanne and Simon’s evidence is crucial.

He has been doing everything he can to force them to change their evidence so he is freed.

And this week he takes it up a notch - by demanding one of his henchmen shoot Leanne’s boyfriend Nick as a warning.

But in a twist - a desperate Sharon Bentley tries to convince Harvey to stop his twisted warning.

But when he refuses - she phones Leanne to warn her but doesn’t far as Leanne slams the phone down.

With Leanne back in Weatherfield - having agreed to Harvey’s demand, she goes to visit son Oliver’s grave with ex Steve McDonald.

But as she returns she’s horrified to hear gunshots and rushes to her flat.

There she sees a car speed off and Nick and Sam lay flat on the floor.

All the latest EastEnders, Emmerdale, Coronation Street, and Hollyoaks spoilers

Fearing the worst she runs over but luckily they are both unhurt and just shaken.

Looking up, Leanne sees Sharon looking shaken across the road and realises she came to warn her.

But before they can talk, Sharon rushes off, and Leanne ends up more determined than ever to take Harvey down.

She tells Nick she will testify against Harvey and put an end to his reign of terror once and for all. 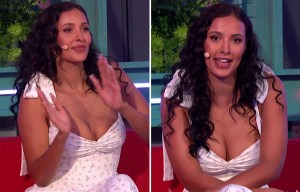 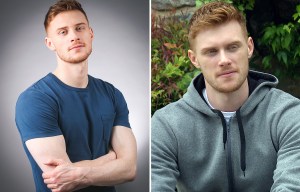 However in the episode available to watch on ITV Hub now and airing on Sunday night - Leanne may have an ally.

Realising Sharon was trying to warn Leanne, Harvey orders his henchman to dispense with his aunt and she’s cornered at the flat, caught as she planned to flee.

Will Sharon survive? Or will her murder put Harvey away for good?

Roma and Genoa agreed on the lease of Shomurodov with a mandatory purchase for 17.5+2.5 million euros. The contract will be signed on Monday
Van Dijk played for Liverpool for the first time in 9 months
Ronald Araujo: I feel more experienced. I work hard to be ready for the season
Venice is giving away style again: they decorated the black home uniform with gold-it symbolizes the wealth of the city
Aberdeen will install a bronze statue in honor of Alex Ferguson
Pochettino on Mbappe's departure: Kylian didn't tell me anything like that. It is only clear that he has a year on his contract
Manchester United canceled a friendly match with Preston due to questionable tests for coronavirus in the team

Lennon calls for Celtic to 'give Postecoglou time'

Liverpool player ratings as Salah and Keita good vs Hertha

Mum paralysed from neck down after falling out of bed

What’s next for the US economy?

B.1.621: New Covid variant detected in Florida - here’s what you need to know

Washington, DC, is back to requiring masks be worn indoors

Does Olympic football have extra time or go straight to penalties when it’s a draw?

Rapper gets teeth knocked out in fight with McDonald’s bouncers

‘The jet man is back’: Sighting of jetpack reported near LAX airport

Teddy and Faye are being ‘tested’ by Love Island producers so they make it to the final, predict fans

What restaurants does Danny Meyer own?

How a YouTuber won a $10,000 bet over a wind car that some said breaks the laws of physics

How many ‘suicides’ have there been at the Hudson Yards Vessel?

Woman thanks police who saved her from being 'trapped in Goole'

The surfaces you should never touch on an airplane, according to a flight attendant

Families of 9 troops killed in amphibious vehicle to sue

The UK is one of the best places to survive a cataclysmic event, study finds

Stephen Bear asks 'what shirt shall I wear?' as he gears up for court hearing

No, Donald Trump’s influence has not weakened

Hugo will get PIED by Amy as soon as he takes her to main villa as she ‘clearly doesn’t fancy him’, say Love Island fans

Corrie stars 'love each other really' despite on screen drama

Judge allows Nevada tribes to join fight over lithium mine

OAP, 87, forced to wash with bucket in mould-ridden council flat with no fridge or cooker

Man knocked out in pub brawl after funeral for best mate