A TANGLED web of drugs, debts and deception, the crossbow murder of Gerald Corrigan reads like the plot of a warped detective novel.

How had this gentle former photography lecturer - a carer for his partner Marie, who had multiple sclerosis - become a target for such a ruthless and well-planned execution?

Gerald's killer had lured him into the front garden of his remote Anglesey farmhouse one early morning last April by interfering with his satellite dish, before callously shooting him in the upper body with a crossbow bolt.

His injuries were so severe that he died in hospital three weeks later from multiple organ failure.

The 74-year-old’s murder baffled police, who initially wondered if it was a tragic accident.

An early theory was that Gerald had been mistakenly hit by a lamper – a night-time hunter who uses bright lights to target animals.

But piecing together the jigsaw puzzle of people and events leading up to his death eventually led them to martial arts enthusiast Terence Whall, 39, who was this week found guilty of Gerald's murder.

He and Gavin Jones, 36, were also convicted of conspiring to pervert the course of justice.

The convictions bring to a close a complex police investigation that has rumbled on for nearly a year - yet many mysteries remain around the circumstances of Gerald's gruesome death.

What was the motive?

The heartbroken family of Gerald, a dad of two, have always maintained that they could not imagine anyone wanting to kill him.

They released a statement in the aftermath of the shooting expressing their shock over the "horrific incident".

Meanwhile, the prosecution at Whall’s trial never offered a motive for the shocking manner of his death, admitting: "Why he was shot, we may never know."

Nonetheless, intriguing questions were raised about Gerald's finances and his friendships – both of which it’s suggested may have played a part in his brutal murder.

Gerald and his partner, Marie Bailey, had given more than £250,000 to fellow Anglesey resident and horse dealer Richard Wyn Lewis.

The money had been handed for work on Gerald's mother’s house and for a horse.

Bailey suggested to police the couple had been the victims of fraud – an allegation Wyn Lewis denies.

Lewis was not a witness during the murder trial. He says that news of the shooting was a complete shock and denies having any part in the murder.

In a further twist, Gerald's killer also appeared to have an association with Lewis.

Whall, who was £36,000 in debt, travelled several times to Lewis’s home in the week leading up to the end of May last year - sometimes "in the dead of night".

Along with a man called Gavin Jones, 36, he had been arrested at Lewis’s home on May 31 after an incident that "revolved around money".

Detectives have yet to find any firm links between Whall and Gerald – though have suggested Gerald clearly became a “source or potential source of grief" to local criminals.

Why did Whall use a crossbow to shoot his victim?

Gerald was left in such terrible pain as he bent over to look at the satellite dish that he initially thought he had been electrocuted.

In fact, his injuries had been caused by the bolt from a high-powered crossbow.

Its trajectory showed it had been fired by someone hiding just ten metres away behind a wall in an adjacent field.

The bolt had passed through Gerald's body, lacerating his spleen and penetrating his large intestine and stomach, liver, colon and diaphragm before bruising his heart.

It then passed through his forearm before hitting the wall of the house.

The brutal – and highly unusual – choice of weaponry pointed police in the direction of Whall.

While it’s estimated there are between 200,000 to 250,000 bows in the hands of the public, Whall was one of only two people in the UK who had bought the exact combination of bolts and arrowheads that killed Gerald  in the year leading up to his death.

The other suspect had been preparing for a hunting trip to South Africa and all the items he bought were recovered by cops.

Whall has never explained why he chose such a strange weapon – although it seems he had also researched other methods of killing.

The court was told that a garotte was found in his car, while his internet history showed he had recently bought piano wire and Googled “central nervous system neck injury”.

What happened in trips before Land Rover was burned out?

On June 3 a Land Rover Discovery owned by Whall's partner Emma was found burned out in a disused quarry in Bangor.

Whall insisted the vehicle had been stolen - but investigations into the car's movements, recorded on its undamaged ‘black box’ telematics system, found it had been driven close to Gerald's house the day before he was shot, spending 23 minutes parked outside.

It was, Rouch told the court, a trip to "scope out" and carry out a "recce" of the house and the surroundings prior to Gerald's murder.

The vehicle was then driven to a nearby sandy beach called Porth Dafarch, where it remained for about an hour and a half before heading back to Whall’s home.

The recovered data also showed that the Land Rover was back at Porth Dafarch on the night of the killing – a fact confirmed by CCTV cameras and mobile phone masts, which also connected Whall's iPhone to the beach area.

The data also shows the boot was opened at about 11.10pm - the police believe this was when the crossbow was being taken out - before Whall made his way to Gerald's home on foot.

The telematics system recorded the boot being re-opened around 15 minutes later – which police believe was when the crossbow was placed back inside.

Then, in late May - about two weeks after Gerald died in hospital - GPS data shows that Whall made repeated trips to Lewis’s house, sometimes in the middle of the night.

On one of these visits Whall and Jones were arrested by police.

Jones’s brother Darren, 41, and his friend, Martin Roberts, 34, pleaded guilty to the arson of the car.

Why did Whall choose such an unusual alibi?

Another unusual hallmark of the case was that Whall concocted a story about gay sex as an alibi.

Whall lived with girlfriend Emma Roberts, the owner of the Land Rover he used to drive to the murder scene and with whom he has two children.

Yet when presented with the GPS data pinning him to the murder scene, he claimed that he had met a man called Barry Williams - known as Baz - for a sexual encounter on the beach near the house.

Williams has denied being in a sexual relationship with Whall, who worked as a sports therapist.

He told the court he had met Whall about five years ago, when he was referred for a chest issue, and began receiving weekly massage therapy for a few months.

Both keen martial arts fans, they met to train once a week and went walking and biking as well as meeting for drinks and meals - but their contact had dwindled when Williams began seeing his partner.

He said categorically that he had not seen Whall on the night of the murder.


What happened to cannabis farm?

Marie Bailey, Gerald's wife, said that two years ago he had allowed Lewis to grow a small amount of cannabis in an outbuilding on their 30-acre plot.

Gerald had apparently hoped that Marie could use it to ease the symptoms of her multiple sclerosis - but angrily called it to a stop when he discovered a large-scale cannabis farm, equipped with fans and heaters, had been installed. "It was taking advantage" she said.

Her husband ordered Lewis to take the plants away, and their friendship soured.

Gerald told her "they would have nothing further to do with Lewis, because he was a liar".

Nonetheless, speculation remained that Lewis was continuing to use their farm.

Following his arrest, Whall told police that he had heard Lewis was doing "big grows" there – something he denies.


Does a ‘mystery drugs lord’ hold the key?

This week, in an interview with The Times , Lewis claimed that Gerald was killed because of his association with him and a dispute with an unnamed “drugs lord” – maintaining that he was set to be Whall’s next victim.

"Whall came here [to my house] and said 'my job is to kill people and I am going to kill you if you don’t correspond with us'.

"He wanted to take me away but I said I am not going anywhere, not a chance," he claimed.

The injuries caused by a crossbow are not designed just to kill, they are designed to mutilate.

Lewis said that he called the police, who arrested Whall, and that only after that did he realise that Gerald had been murdered.

"That’s when I realised what had happened to Gerald," he said.

"Before that I thought it had been a terrible accident with kids from one of the nearby caravan parks.

"I now know that we were both to be killed. They stalked this place for the same amount of time as they did Gerald." 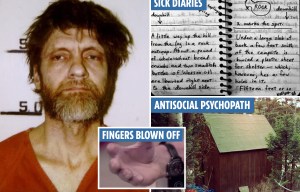 If Harry & Meghan want peace, they can start with their own childish tantrums 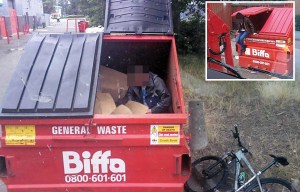 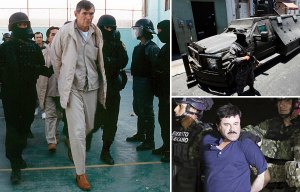 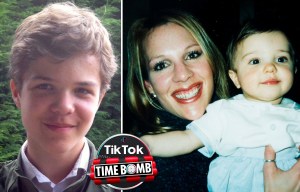 It’s another claim in this complex and troubling case - although for now, Gerald's grieving family are glad to see justice has been done.

"The injuries caused by a crossbow are not designed just to kill, they are designed to mutilate," his daughter Fiona said this week.

"This particular weapon is designed to bring down big game… and that is what my dad became. Prey.

"We may never know why."

Man, 74, fighting for life after being shot with a CROSSBOW as he fixed satellite dish outside home in Welsh village
Source https://www.thesun.co.uk/news/11039843/crossbow-murder-gerald-corrigan-unanswered-questions-anglesey/

Boris Johnson may have contacted fiancee Carrie Symonds from ICU

From blocked-off beaches to bench bans: Easter lockdowns around the world

Aldi issues apology as special buys are removed from stores

Northern Irish bishops express alarm at British proposals on the past

NHS staff working on coronavirus frontline can get free wills

What happens to coronavirus patients when they are admitted to intensive care?

Eight U.K. Doctors Died From Coronavirus. All Were Immigrants.

Peta Todd on living in lockdown and a new TikTok habit

Trump shifts focus to mining the moon as US coronavirus cases rise over 400,000

US Democrats and Republicans disagree over £201 billion coronavirus aid

'In a war, we draw': Vietnam's artists join fight against Covid-19

Child sexual abuse victims should not be put off by George Pell decision, experts say

First farmers in Britain were horsemen from the Steppes

Horror- How Britain Failed at the Battle of Gallipoli Interest

Dad who suffered stroke in Lanzarote is flown home at cost of nearly £30,000

Australian family's cruise ship ordeal: 'He was panicking because he couldn’t breathe'

Coronavirus breakthrough: Expert reveals when UK lockdown could be lifted

Pakistan doctors beaten by police as they despair of 'untreatable' pandemic

Coronavirus LIVE updates: UK Lockdown could be EXTENDED as Cobra meeting is called while Boris Johnson remains in ICU