DEONTAY WILDER has insisted the cut in his ear did NOT affect him during his defeat by Tyson Fury.

The Bronze Bomber handed his WBC heavyweight title over to the Gypsy King after his team threw in the towel in the seventh round.

Wilder raised serious concerns as he was bleeding profusely from his left ear after fourth round of the Las Vegas contest.

Reports immediately after the fight claimed the 34-year-old had been rushed to hospital as he had suffered a burst eardrum.

But it was later confirmed that he received seven stitches in the dressing room as it was just a cut.

Wilder has revealed the injury did not impact his performance against his British rival.

He said: "It didn't affect me at all.

"When you're in there and you're fighting, and you're a warrior, man, I can only speak from myself.

"I don't worry about certain things. My adrenaline is very high in there.

"I knew it was bleeding, but I don't think it was affecting me.

"Getting hit on the back of the head and the neck, that affected me more than anything."

Wilder's head trainer Jay Deas desperately tried to stop the bleeding between rounds, but it appeared to get worse as the fight went on.

After the loss, Deas confirmed: "He had a small cut inside the ear, it may have affected his equilibrium.

"So he's going to get a couple of stitches there, that's really the extent of it."

Wilder said: "I have no idea how that occurred. And it was in a weird position in my ear as well.

"That's why they couldn't really get to it. But I don't know how that happened."

The hard-hitting heavyweight added: "My eardrum didn't get busted.

"Usually, when your eardrum gets busted, you know, it affects certain things.

"It was just some type of scratch or opening inside of my ear. That was about it."

Instead, Wilder has blamed the defeat on the weight of his walk-on outfit. 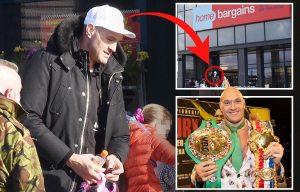 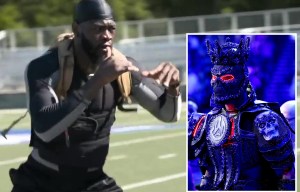 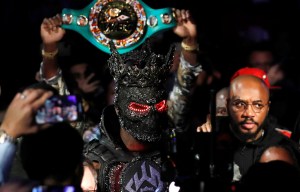 What is the latest update on Deontay Wilder's injury? 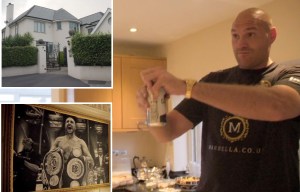 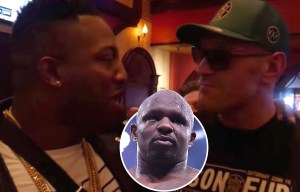 GYPSY KING OF THE WORLD

All the reaction as Fury beats Wilder in sensational rematch 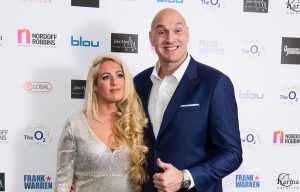 Who is Tyson Fury's wife Paris, and how many kids do the couple have together? 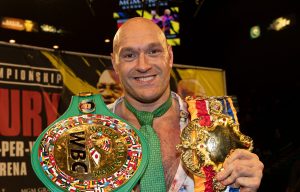 What is Tyson Fury's net worth following Wilder win? 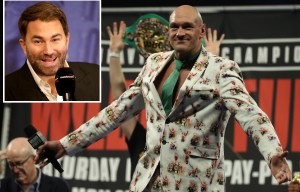 The heavyweight strolled into the ring wearing an extravagant 45-pound costume that covered him from head to toe in honour of Black History Month.

He said: "He didn't hurt me at all, but the simple fact is... that my uniform was way too heavy for me."

Wilder is set to exercise his rematch clause for a summer trilogy fight against Fury.

Cops searching for missing girl, 12, in ‘grave danger as she needs medical help’

India has panicked. Now the millions who power the country are suffering | Vivek Menezes

Coronavirus symptoms: 5 early warning signs of Covid-19 and how to tell if it’s NOT cold or flu

Can I wash my car during coronavirus lockdown?

Boris Johnson responding to treatment and is stable

Is Contagion on Netflix? How to watch the film online

Coronavirus drug facts: From hydroxychloroquine to favipiravir and ibuprofen – what do we know

I have finally mastered the dark art of sourdough baking. Here's how to do it | Adrian Chiles

Best nail files you can buy right now – Our picks, including for acrylic, gel and weak nails

The 4 mild coronavirus symptoms that you should not ignore

Can you still visit the graves of loved ones in Durham during the outbreak?

'I have the cure': slew of US scammers seek to capitalize on coronavirus fears

Mum, 34, held hand of dying son, 15, after pouring liquid morphine into his beer to get him ‘hammered’

Prolific thief who owes £9,500 to courts jailed for stealing toys from B&M