The two-day showpiece, which sees an entire round of fixtures played at the same venue, has been moved to September 4 and 5.

And fans, after Prime Minister Boris Johnson’s announcement yesterday, may get to see their side in action.

If he is picked, Salford’s very own Geordie Sam Luckley will get to live his dream against Castleford in Magic Weekend’s first game.

Sunday, September 5 will be finished by Leigh’s return to Magic Weekend against Hull KR. Huddersfield first play Wakefield before Wigan take on Warrington.

All clubs will play on the same day they were meant to at 2020’s cancelled event in recognition of supporters who have held on to their tickets.

Kick off times to be announced in due course. 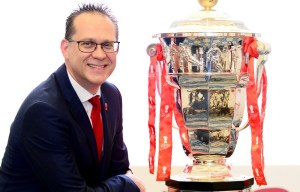 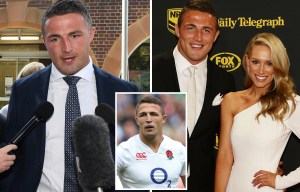 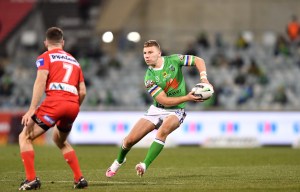 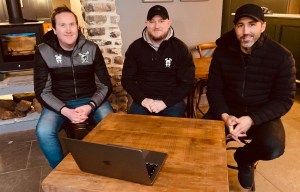 Motorcyclist in court accused of crashing into girl, nine, in North Shields

How to make calls on WhatsApp on desktop and web

Why do Labour and the Tories want to fight the next election on the same question?

Girl, 2, given hour to live at birth now diagnosed with inoperable brain tumour

Man City vs Manchester United odds boost: Get City at 7/1 or get United at 40/1 to win

Covid hospital inpatients finally drops below 10,000 to levels seen in May, data shows

The pandemic has laid bare the social care crisis as never before – so why didn’t Sunak tackle it in the Budget?

People accused of jumping vaccine queue by pretending to be carers

England batsmen told their skills in India are 'not good enough'

Tesco is giving out free daffodils to Clubcard customers

How to celebrate milestone birthdays in lockdown

Pippa Middleton is pregnant with second child, mum Carole confirms as she opens up on being ‘hands on’ grandmother

Manchester United's problems have changed because of Bailly and Henderson

Who are Elisabeth Fritzl’s children?

New York to ease restrictions on some indoor and outdoor gatherings

What Labour's new candidates for Mayor of Liverpool have to say

Asda adds new service to supermarkets for shoppers across the UK

You can get Nutty Dozen doughnuts to your doorstep

Phillip Schofield tipped to replace Bradley Walsh on The Chase

"Evil" man guilty of randomly killing hill walker, 70, "just for the sake of it"

ADVERTORIAL: Homes in North Tyneside to get a Full Fibre boost

Millions in the US still don't feel seen by either political party. My dad is one of them | Jessa Crispin