It was a strange feeling to lie abed on foggy nights in my childhood and hear ships’ horns echoing through the empty streets, the mournful sound carrying through the cold, still air. Living in an east London suburb, I was used to falling asleep to the sound of traffic and trains, but boats? Their voices in the mist were a ghostly reminder of a time when our town was home to the biggest fishing fleet in England.

I recently cast my mind back to those formative years while writing an Ode to Essex for a series of essays to be broadcast on Radio 3, exploring the nature of this much-maligned county.

Barking in the 1960s was a bustling place, centred on a newly built railway station whose futuristic design was a fitting landmark for a borough about to leave Essex and become part of a greater London. Although Ilford and Romford offered big department stores, there was enough money in Barking to sustain a vibrant shopping centre, thanks to the decent wages to be had in the car factory or the docks.

Back then, Barking’s fortunes were tied to the river. The Thames still brought cargo ships into the centre of London, dropping off the raw materials for Henry Ford’s latest cars to be built at his plant in the neighbouring borough of Dagenham. The horns I heard on foggy nights were from vessels feeling their way around the bend in the river at Gallions Reach. 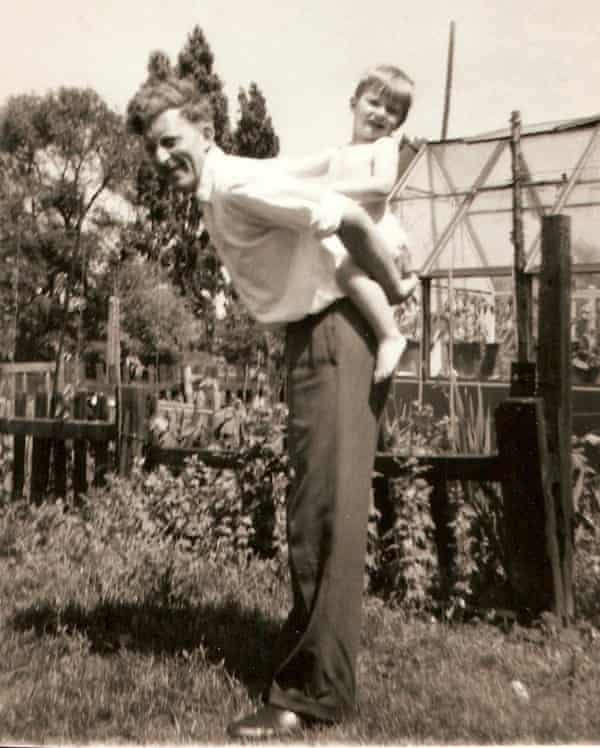 Garden of delight … Bragg and his dad in 1960. Photograph: courtesy Billy Bragg

The massive fishing fleet that once supplied the freshest fish in Billingsgate market was long gone, but walking down through the town, reminders of those days were still to be found. At the bottom of East Street, a cluster of pubs retained a flavour of the old fishing town: The Barge Aground, The Fishing Smack and The Captain Cook, named for the famed navigator who was married in the 13th-century parish church across the road.

Beyond the churchyard lay the old town quay, once the thriving centre of local commerce, now quiet and deserted, its once-busy wharves dark and hollow against the sky. It was the coming of the railways that did for the Short Blue Fleet. Once it became quicker to land fish on the Norfolk coast and send them to London by train, Barking’s days as a fishing port were over.

The quay is fed by the River Roding, the western boundary of the borough and a psychological barrier to my childhood wanderings. Growing up next to a park, I never wanted for places to play and, with friends in the new flats on the other side of the railway, I ranged far and wide across town. But walk across the Roding and you were in an altogether different place. 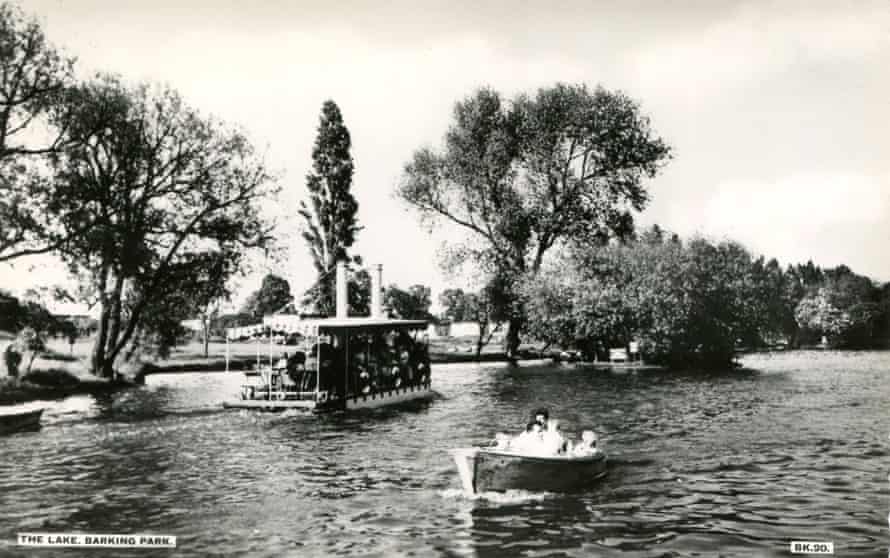 Maps from the period show a blank space beyond the rushing waters of the Six Gates weir, an area of scrappy marshland and industrial decline. Here be monsters. My parents referred to it as Bonny Downs, but it was not a pretty place. If we ran into other kids, they tended to be hostile. Names would be called, stones thrown, maybe a chase would ensue. It was a lawless land, where things went on out of sight of the grownup world.

In times gone by, this desolate edgeland had been notorious as a venue for bareknuckle fighting. The 19th century had seen industrialisation on a massive scale, with the construction of the biggest gasworks in the world at Beckton. By the 1960s, it was a forgotten corner of metropolitan Essex that no one seemed to care about any more.

Were those two shabby caravans in the distance a hideout for the Kray mob?

That much was plain from the detritus of urban living that cluttered the one road through the marshes. Jenkins Lane went nowhere, meandering south under the A13 towards the Thames until it reached the 20ft high berm of the Northern Outfall Sewer. Out of sight and out of mind, it became the dumping ground for the kinds of things that the dustmen wouldn’t take, but kids love to investigate: stained and spring-split mattresses; busted fridges; radiograms with their guts torn out; mangle-top washing tubs and, if you were lucky, an old TV whose screen you could have the joy of shattering with the toss of a weighty rock. Cars were regularly dumped there, often burnt out, but that didn’t deter us from clambering inside to take the wheel.

The fact that we would sometimes find girlie magazines added to the transgressive sense that we were outside the boundaries of civilisation. For you never knew what you might find on the marshes. Was there a modern-day Magwitch hiding out from the law, his feet shackled and eyes wild, demanding food and a file? Were those two shabby caravans in the distance home to some travelling people or a hideout for the Kray mob?

In this liminal place, outside of the realm of parents, park keepers or policemen, the rules no longer applied. A boy’s imagination could take flight and for a few dizzy moments he could feel the edgy thrill of going beyond the limits.

Hazard and Ramos can play against Elche. Real Madrid trust the Belgian, despite injuries
Edegor on moving to Real Madrid at 16: Madness. I didn't understand it then, because I was still a child
Wijnaldum on the contract: No news. The most important thing right now is the Liverpool game, not my situation
Javier Tebas: Ronaldo's departure from Real Madrid is the club's decision. This affected La Liga, but the financial impact was minimal
Man City want to sign Holand, not Mbappe. The reason is the Frenchman's salary requirements
Tuchel-Werner: Timo, you play on the right. You've been playing left for a quarter of an hour. Don't you understand?
Liverpool are 7 points behind the Champions League zone, 8 points behind the lost ones

Gordon Parks holds his hands up over his Rangers title prediction

Liverpool are scared but Neco and Rhys Williams deserve better

Paul Walker’s daughter Meadow, 22, opens for Givenchy during Paris Fashion Week and gets shout out from dad’s famous pal

Film explores lives of Bradford families and dementia in 2020

Areas of the North-East where house prices have increased

Meghan and Harry: ‘It’s not about you’ says former Trump adviser

18 roads in Oswaldtwistle to benefit in £6m investment on roads, bridges, traffic signals and footpaths

On International Women's Day, laments of retreat on rights

Domestic abusers to be monitored with GPS tags in new pilot

Nearly 11,000 'living with undiagnosed breast cancer' because of pandemic

Letter: What help have the workers got during Covid?

Which Blackburn with Darwen Council buildings are to go 'green'

Fears grow for historic sports club as it fights to survive

White van man speaks out over claims he is dog-napper

Nearly 11,000 'living with undiagnosed breast cancer' due to pandemic

Domestic abusers in London to be monitored with GPS tags

Building on years of consulting expertise