But as the new term kicks off, what else does the typical student get up to during their time at uni?

Here James Moore has swotted up on some more startling statistics…

1…in two students admit having a one-night stand, according to figures from StudentBeans.

5…percentage of students who have sold their bodies for sex to help pay for their studies, says a report. 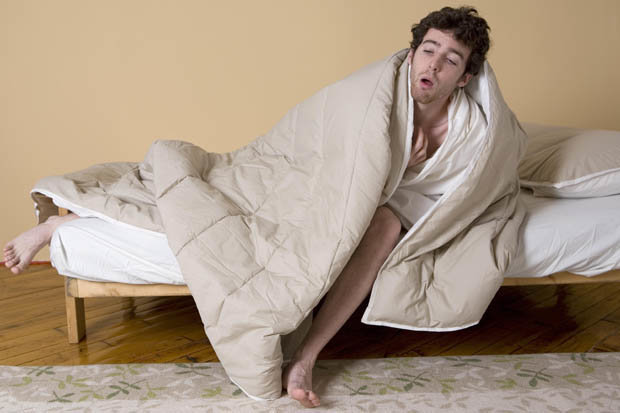 8…the average number of sexual partners students will have. The friskiest are at the University of Brighton with 10.

11…pounds. How much weight the average student gains in their first term at university because of booze and unhealthy eating, a study by VoucherCodes Pro.co.uk showed.

14…the number of times students studying English have sex per month – the steamiest subject, says a survey of Southampton students.

15…hours. How much time the average student spends a month doing a part-time job, with 77% doing some kind of work.

19…hours partying a week. The average student goes out three times a week, with the average night out lasting six hours and 20 minutes, according to findings for Prezzy box.com.

37…percentage of boys and 29% of girls who admitted having sex during Freshers’ Week, according to a poll by sex toy brand Lovehoney.

59…percentage of students who spend spare time watching TV, according to the app UNiDAYS.

73…percentage of students who admit missing a lecture due to a hangover.

76…pounds. What the average student will spend on food and groceries a month, plus £36 on eating out.

90…hours. How much studying per month the average student does for their degree, according to a NatWest survey.

135…pounds. How much the average student spends on housing per week.

200…pounds. What freshers will typically spend on alcohol and getting into bars and clubs in their first week at college. The average student spends £41 a month on booze.

2,000…pounds. Value of the wardrobes owned by a quarter of new students on campus.

9,250…pounds per year. The maximum university students in England pay in tuition fees.

11,354…the maximum maintenance loan available for students in London.

50,000…pounds. Debt the average graduate will run up before they finish university.

1.2million…fancy dress outfits will be worn by students in Freshers’ Week.

5million…pizzas will be consumed by students during Freshers’ Week along with 839,254 kebabs, according to Just-Eat.

6million…pints, the estimated number swigged down during the same period. Students with sore heads will also get through 262,267 packs of paracetamol tablets.

Setien Pro Champions League: the Game with Napoli is key. It is fair that Barcelona play at home
Nani: As children, we were starving, and there were rats and lizards running around the house. I realized that God wants me to help my family by becoming a football player
Real Madrid will consider proposals for Jovic. The option of selling is not excluded
Mikel Arteta: Mourinho was invited to make Tottenham the winning team
Failure of the VAR in the last English tour: on Thursday, all three decisions on penalties were recognized as mistakes
Zlatan Ibrahimovic: This is not my Milan. The club's ambitions are not what they used to be
Liverpool will only try to buy Tiago if one of the key players leaves
Source https://www.dailystar.co.uk/news/latest-news/730127/freshers-week-frisky-university-sex?utm_source=feedburner&utm_medium=feed&utm_campaign=Feed%3A+daily-star-latest-news+%28Daily+Star+%3A%3A+News+Feed%29

Concern for Yasmeen in prison on Corrie after Geoff's new scheme

BBC axing free TV licence for over-75s is a ‘slap in the face’ for millions of pensioners, says Dame Esther Rantzen

'Now we'll be forgotten about': Hospital workers on plans to axe free parking

Mystery of mum who vanished from hair salon, never to be seen alive again

Give pharmacies a bigger NHS role after coronavirus crisis, public says in poll

10 places in England where coronavirus infection rates are rising fastest

Emmerdale's Jamie slammed as 'coward' for hit and run

Who did Emily Maynard pick on the Bachelorette after ending things with ex-fiance Brad Womack?

Nail bars and salons in Bradford ready to re-open

Rail services disrupted after person struck by train near Glasgow

He has lost his libido and when we have sex, it’s a letdown

Girl, 6, hit by car during police chase in Leeds

Riddick Bowe reveals all about life after boxing: From multi-millionaire with flash cars… to skint trucker

Ciaran Clark could miss rest of the season after injury setback

Hargreaves selects the 'more special' player from Greenwood and Foden