FURIOUS Dancing On Ice fans want Caprice Bourret axed from the lineup after her fallout with pro dancer Hamish Gaman.

The shock split was announced at the start of the show on Sunday, after they refused to continue working together.

Caprice, 48, was spotted returning to rehearsals in London yesterday with professional skater Oscar Peter, who is being lined up as her replacement partner.

But fans of the show don't think she should be given a second chance.

"Get rid of Caprice.... she shouldn’t be allowed back!!" one fan tweeted.

"Doesn't seem fair. She should have been booted off," another added.

So Caprice couldn’t hack the training with Hamish and now she gets a new partner? Doesn’t seem fair. She should have been booted off 🙄 #DancingOnIce

Caprice should not be allowed to stay on dancing on ice.... Tasking a diva strop with hamish.... Get her off😠 #DancingOnIce

Meanwhile, Caprice has been branded a “diva and lazy” by show insiders, who say she and her professional dance partner Hamish grew to “hate each other”.

The Sun Online can reveal that the couple endured weeks of rising tensions behind the scenes which led to them being unable to work together any longer.

Viewers were left baffled last night when it was announced that the 48-year-old would not be skating after “parting ways” with Hamish – and no further explanation was offered.

Now sources close to the skating duo have shed some light on the situation, revealing there was a huge break down in their relationship starting from the moment they met.

Caprice, who is an American model and businesswoman, had initially expressed an interest in skating with Hamish but unfortunately things turned sour very quickly.

An insider revealed exclusively to The Sun Online: “Caprice was mean to Hamish during rehearsals - it was often in front of other cast and crew - and he was left very upset by it because he's such a professional and a gentle giant.

“Hamish was walking on egg shells a lot of the time - he felt Caprice seemed to struggle with the demands of the show and described her as a bit of a diva because she would tell him off a lot and just generally thought she was above it all."

“She was also reluctant to put in the hours or effort which led to tensions between them.

“Hamish found it difficult dealing with her, but he wasn't the only one - Caprice isn't well-liked backstage.

"It's a shame as Hamish is very popular and all of his other celebrity partners have always loved him because he's so kind and patient." 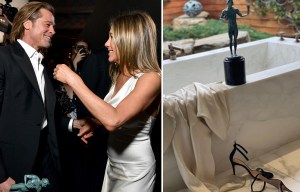 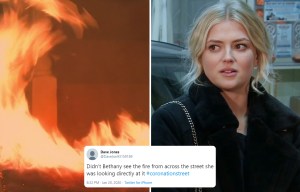 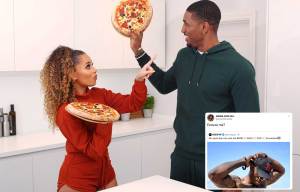 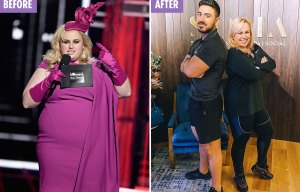 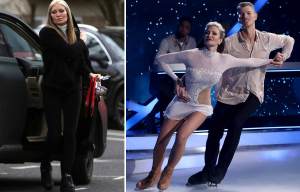 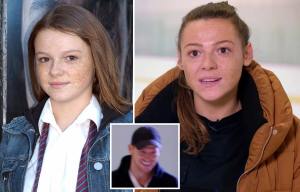 They continued: “Things got so bad between the pair that everyone could see they were really starting to hate each other.

“There was one final row and they both exploded - Caprice refused to get on the ice again with him again.”

Yesterday’s shock announcement came just hours after the Caprice admitted that her fiery temperament meant that she could clash with other stars backstage in a new interview.

She emerged today looking downcast with her husband Ty Comfort, who had initially been unhappy about his wife doing the show – fearing she would run off with her pro partner.

An ITV  spokeswoman said: “We’re pleased to say that Caprice is back on the ice today in training and very much working towards returning to the show on Sunday night.”

Caprice and Hamish made their debut on the show last week, landing second place on the leader-board with 25.5 points out of 40 after dancing a routine to Lewis Capaldi's Some You Loved.

Josh Bowden reflects on hitting the 150 milestone, his debut and discusses returning to form

Charles Michel: How Michel government was dubbed ‘kamikaze’ and accused of ‘apostasy’

Premier League and Carabao Cup: 10 things to look out for this weekend

INQUEST VERDICT: Failure to stop for police and manner of driving were factors in fatal M606 accident

Balloon shapes, puff sleeves and oversized are the new trends – find out tips on how to make bigger really look better

As we prepare for a post-Brexit take-off, why no Heathrow third runway is a disaster for ALL of Britain

The establishment or the far right? Slovaks have no good direction to turn

What time is the Europa League draw? Manchester United, Wolves and Rangers to learn opponents

Best prom dresses and eveningwear under £100

Arsenal vs Olympiacos result: Five things we learned as the Gunners are knocked out of the Europa League

Daughter, 11, writes her mum a VERY detailed list to help her declutter their ‘untidy’ house