The incident happened on Sunday in the Diamond Head area of Honolulu, according to Hawaii News Now. The suspect, 69-year-old Jerry Hanel, is believed to have died in the ensuing blaze after he set fire to his residence on Hibiscus Drive. Mr Hanel had a history of violent behaviour and making false 911 emergency calls.

The suspect, identified by police as 69-year-old Jerry Hanel, is believed to have died in the ensuing blaze after he set fire to his residence on Hibiscus Drive.

Mr Hanel had a history of violent behaviour and making false 911 emergency calls.

The tragic events unfolded after he stabbed his landlady when she tried to evict him and then allegedly started shooting at the police officers.

One witness told Hawaii News Now he heard about 20 shots followed by several more after some time. 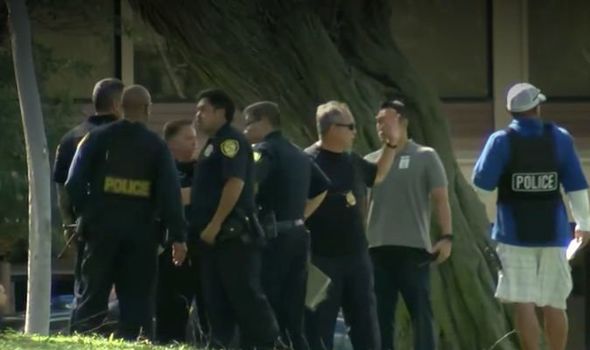 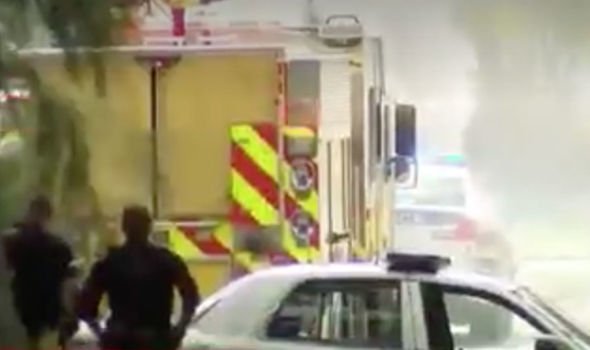 Inna Simonson, a neighbour, said she recalled seeing regular police at the home where the suspect lived.

Witnesses at the scene said they saw the injured officers being dragged from the the home, and rescuers could be seen performing CPR on one of the police men.

All three police officers were initially taken to the Queen’s Medical Centre for treatment.

The fire started by Mr Hanel spread rapidly to neighbouring houses, while firefighters were waiting to be given the all clear by the police. 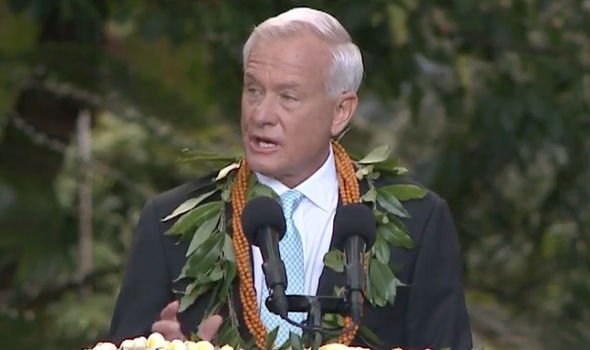 The flames and smoke from the blaze could be seen for miles.

According to the latest reports, at least four homes have been destroyed and several more have sustained significant damage.

In addition, several vehicles belonging to the Honolulu Police Department were also damaged in the fire.

DON'T MISS
WW3 warning: Violent flash-points predicted in 75 nations [Analysis]
Jewellery shop raid: Don’t mess with us, say heroes after foiling raid [Latest]
We must show the thugs in our prison who is in charge – NOT them [Update] 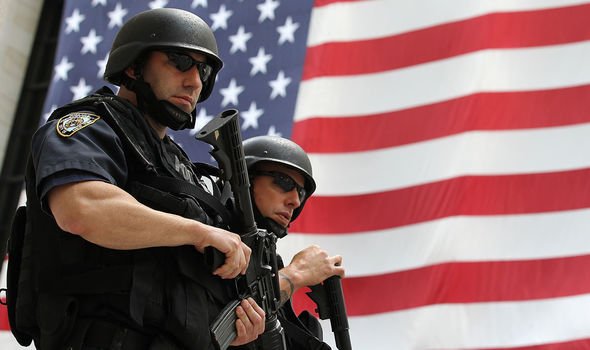 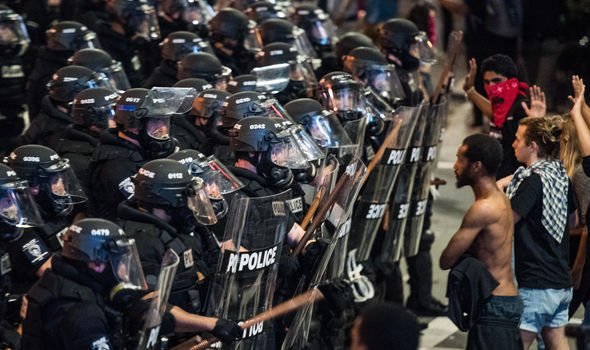 He called the shooting an “unprecedented tragedy” for the city and state.

Mr Caldwell wrote: “I would like to express my deepest condolences to the family and friends of the two officers as well as the entire Honolulu Police Department.

“Our hearts go out to the first responders who are on the scene as this event unfolds.”

Paul Togneri: Plan to free pubs will tie hands of those who want to open one

Duffy reveals she was drugged, raped and held captive

Enjoy a taste of Rossendale's culinary past with food heritage trail

The 11 infuriating M6, M61 and M65 drivers ruining Lancashire roads for everyone