WHEN Holly Madison went to live rent-free at the Playboy Mansion, she naively didn't realise there was going to be another price to pay: sex with Hugh Hefner.

Now 41, the aspiring model's early-20s dream of glamour quickly turned into an ugly nightmare – where she claims she was cut off from the outside world and strictly controlled.

Madison, who was with Hefner between 2001 and 2008, published an explosive memoir about her time with him and Playboy called Down the Rabbit Hole in 2015.

Now a TV adaptation of the book is in the works with Home and Away star Samara Weaving signed on to play Madison.

"They knew it was kind of a quote-unquote requirement for living there, and expected," Madison told Buzzfeed News.

Here's what Madison went through as the number one girlfriend in Hefner's harem.

What started as a party soon became like prison for Madison.

She was just 20 and still at university when she met a friend of Hefner's while working as a waitress at Hooters.

The friend invited her to a party at the Playboy Mansion – she thought it would be a one-time thing, but soon found herself going to its Sunday pool parties every week.

After a year, she decided to try and become one of Hefner's girlfriends in order to continue living in Los Angeles.

But she quickly lost any illusions during her first "Club Night" out with Hefner and the other girlfriends when he offered her a Quaalude, telling her: "in the '70s they used to call these pills 'thigh openers.'"

She refused the drugs – but couldn't refuse later at the mansion when she was told it was time to go to Hefner's bedroom.

There, the women were expected to perform for him, and one of the other girlfriends pushed Madison towards Hefner.

"There was zero intimacy involved. No kissing, nothing," Madison wrote.

"It was so brief that I can't even recall what it felt like beyond having a heavy body on top of mine."

Pushed to the brink

It wasn't just sex that was regulated – Madison soon found she was being controlled in other ways too.

She had to abide by a strict 9pm curfew and she was made to give up her waitressing job, cutting her off from the outside world.

Madison says the situation became so desperate she considered ending her life.

"Drowning myself seemed like a logical way to escape the ridiculous life I was leading," she wrote.

The situation began to improve in 2005 when, along with Hefner's other girlfriends Bridget Marquardt and Kendra Wilkinson, Madison starred in a reality series called The Girls Next Door.

She says they didn't receive a penny for the first series, but eventually it allowed her to make her own money and ultimately offered her a way to leave Hefner, which she did for good in 2009.

After Madison left him, Hefner married a model 60 years his junior, Crystal Harris, in 2012.

When Madison published her book, co-star Kendra Wilkinson poured scorn on its account of life at the mansion.

Wilkinson, who defended Hefner as an "amazing human being", claimed Madison wasn't being truthful about her experience – or her motivation for publishing a tell-all memoir.

“Holly, you can tell, had this ulterior motive every minute being at the Mansion, and that motive was – it was clear as day – she wanted Hef’s kids, she wanted a piece of Playboy and she wanted to marry Hef for, obviously, his will,” Wilkinson told People.

“That didn’t happen. So what do you think’s going to happen? Revenge. So we’re witnessing some revenge here.”

Madison, for her own part, dismissed Wilkinson's objections – and Madison's bleak picture of the Playboy Mansion is just one of many similar stories to come out in recent years.

Wilkinson herself wrote about the chore-like sexual obligations of being one of Hefner's girlfriends, saying she first had intercourse with him when she was 18 and he was 78.

It was like a job. Clock in, clock out. It’s not like I enjoyed having sex with him.

"I had to be very drunk or smoke lots of weed to survive those nights – there was no way around it," Wilkinson wrote in her book.

“At about the minute mark, I pulled away and it was done. It was like a job. Clock in, clock out. It’s not like I enjoyed having sex with him.”

She described a regularly degrading process of asking Hefner for money.

"We had to go to Hef's room, wait while he picked up all the dog poo off the carpet – and then ask for our allowance," St. James wrote.

"We all hated this process. Hef would always use the occasion to bring up anything he wasn't happy about in the relationship.

"Most of the complaints were about the lack of harmony among the girlfriends – or your lack of sexual participation in the 'parties' he held in his bedroom."

After leaving the mansion, Madison found fame in her own right.

In 2009 she competed in the US version of Strictly, Dancing With The Stars, finishing in 11th place.

And she starred in her own reality show, Holly's World, about her new life and career in Las Vegas.

In 2013, she started married music business boss Pasquale Rotella in a lavish ceremony in Disneyland.

Her former Girls Next Door castmate Bridget Marquardt was a bridesmaid.

But after having two kids together, Madison and Rotella ended their five-year marriage in 2019. 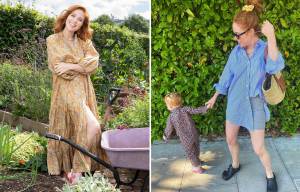 I tell petty trolls to grow and do one, says BBC gardener Angela Scanlon 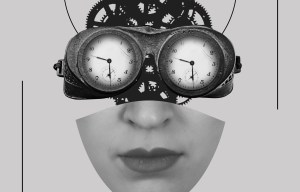 From endless Zoom calls to Netflix daze - has Covid left you time-blind? 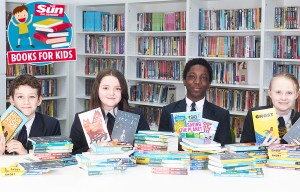 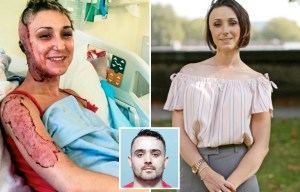 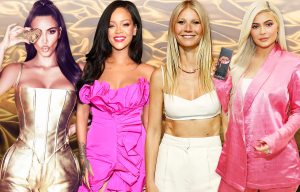 From Kylie Jenner to Rihanna... the stars making millions from make-up

Madison is now looking forward to seeing her story played by Ready Or Not star Samara Weaving.

"I couldn't be more thrilled with this casting," Madison told her million Instagram followers yesterday.

Holly Madison talks about her personal relationship with Hugh Hefner

Ronaldo hit the wall twice with a free kick in the game against Verona. He has 66 shots and 1 goal in Juve
Andrea Pirlo: The young Juve players didn't understand the importance of the details. I asked Ronaldo and Alex to talk to them, but it was not enough
Verona coach: We only gave Juve one chance to score, and it's not easy when they have Chiesa and Ronaldo
Ronaldo has 47 goals in the last 47 games in Serie A
Thomas Tuchel: Chelsea are in good shape and want to be the first to beat Manchester United on their own field in the Premier League
Conte on the Inter: When you don't win for 10 years, you get used to it, you look for excuses. I increased the pressure and became a pain in the ass
Ronaldo has 4 goals in the last 4 matches in Serie A. He is ahead of Lukaku by 2 goals in the list of scorers
Source https://www.thesun.co.uk/fabulous/14114862/holly-madison-tv-show-playboy-mansion-sex-hugh-hefner/

Prince William warns of ‘rumours and misinformation’ about Covid vaccines

My new baby is a gift from Jodie — I’m so happy, says murdered teen’s dad

Schoolgirl, 17, sent home after her outfit ‘made teacher feel awkward’

My mum mates tried to make me ‘cure’ my son’s autism with ‘bleach therapy’, it makes me sick I thought we were friends

Family pay emotional tribute to teaching assistant, 28, after she dies of Covid

Manchester United give update on plans for summer transfer window

Billions in grants offered to firms hardest hit by Covid

Budget at a glance - £18k for pubs, help to buy homes and no rise on booze

Budget 2021: Billions of pounds in business grants to be offered to firms hardest hit by Covid

About 30 vehicles involved in pileup on icy Montana bridge

I’ve created a post-lockdown bucket list – but are my ambitions too limited?

From burrowing bunnies to randy dogs – your pet queries answered

Firms linked to £1.5bn Dukes use up to £455K taxpayer furlough cash in a month

Biden could FINALLY sign $1,400 checks in two weeks despite his promise they’d be sent “immediately” once he took office