THE hospital's blaring PA system urgently ordered all staff to shut down every computer on the site, as terrified new patients were turned away at the door.

Doctors at Brno University Hospital, Czech Republic, had no choice but to cancel surgeries and send patients elsewhere — the facility was being targeted by a devastating cyber attack.


That despicable assault in March was just one of many cyber attacks targeting crucial medical services that have been launched during the coronavirus pandemic.

The ongoing global crisis presents a golden opportunity for cyber criminals to make millions selling stolen information ⁠— and for spy agencies looking to cause chaos in enemy states.

Last month, Interpol warned of a massive spike in digital attacks on hospitals and other key organisations.

A spokesperson said cybercriminals were using computer viruses "to hold hospitals and medical services digitally hostage, preventing them from accessing vital files and systems until a ransom is paid".

Worryingly, the surging cyber threat is also affecting the UK.

"There are various objectives and motivations that lie behind these attacks — from fraud on the one hand to espionage," the Foreign Secretary said.

“But they tend to be designed to steal bulk personal data, intellectual property and wider information that supports those aims."

Spies, criminal gangs, and fraudsters are all lining up to exploit the coronavirus crisis for their own criminal ends.

Here's how they could bring about a digital doomsday — from swiping our savings to crashing the banking system.

APTs can be highly technical state-sponsored crews capable of the most serious types of digital spying.

"The difference between APT and a normal cyber attack is that it’s advanced, targeted, and persistent," says Stephen Burke, a cyber security expert and CEO of Cyber Risk Aware.

"They are targeting specific organisations, specific individuals, or specific departments in specific sectors."

Nation states and criminal gangs seeking riches are already targeting researchers and organisations working on a vaccine for the coronavirus.

In the US, the FBI and Department of Homeland Security has formally accused China of launching cyber attacks on labs researching a potential Covid-19 vaccine.

"The potential theft of this information jeopardises the delivery of secure, effective, and efficient treatment options,” an FBI and DHS statement read.

These guys have zero empathy.

He suspects those who previously worked on the SARS epidemic in the early 2000s will be in the hackers' cross-hairs.

But it's not just spy agencies who will be launching cyber attacks.

"It’s called corporate espionage, and let’s not sugarcoat it — that has been going on forever and an age.

"Is that suddenly going to stop now because everyone feels like we should all work together?"

Labs hit by cyber attacks will have to spend critical time and cash retrieving stolen intellectual property and vaccine research.

And that, ultimately, could lead to a delay in the successful development of a vaccine, causing untold lives to be lost.

It's not just the development of a vaccine that could be imperilled by cyber attacks.

Extremely sophisticated ransomware attacks could bring vast organisations, including those providing critical infrastructure, to their knees.

These attacks encrypt the data on a network so that the user can't access it until a Bitcoin ransom is paid to the hackers to decrypt the files again.

Fraudsters will use any opportunity they can to take money from innocent people.

In 2017, one of the biggest ransomware attacks of all time, WannaCry, infected over 200,000 computers — including those used by the NHS.

The attack, which is thought to have been launched by North Korea, ended up costing the NHS an eye-watering £92million to fix and led to the cancellation of 19,000 appointments.

And it was also a ransomware attack that took down the Czech hospital.

"Even during the start of this Covid pandemic, you had hospitals in the Czech Republic hit with ransomware."

Widespread disruption in the UK like the WannaCry attack could prove catastrophic as medics and politicians battle to keep the pandemic under control.

And there are already worrying attacks underway targeting critical infrastructure companies in Britain.

Interserve, which helped build the NHS Nightingale emergency hospital in Birmingham, and BAM Construct, which built hospitals in Yorkshire and the Humber, have both reported cyber attacks last week.

If medical networks go down, countless lives could be lost.

How to protect yourself from cyber attacks

There are a few simple things you can do to protect your devices and accounts from hackers.

Even more terrifying was an attempt to shut down Britain's energy system.

Elexon, which has a central role in the National Grid's infrastructure, said it was hit by a cyber attack on 14th April.

Thankfully, the National Grid says it has "robust cybersecurity measures" to keep the lights on around the country — but it seems malicious actors are doing their best to shut them off, even in the pandemic.

But as well as lives being lost, millions of ordinary people face being ripped off by cyber scammers.

As the economy hurtles towards the worst recession for 300 years, fraudsters are making the financial misery even worse for some people by exploiting the pandemic to hoodwink them out of their savings.

From the start of lockdown to May 15th, Action Fraud said 1,713 people had been the victims of coronavirus-related scams, losing a combined total of £3,534,983.

“Fraudsters will use any opportunity they can to take money from innocent people," said Superintendent Sanjay Andersen, Head of the National Fraud Intelligence Bureau.

Some of the evil schemes invited kind-hearted people to make donations to bogus charitable organisations.

Other fraudulent emails claim to have an attachment offering important information about the pandemic which, if the user downloads it, installs malware on their computer.

"It’s like shooting fish in a barrel," says Stephen Burke.

"People are super curious, very worried, and latching on to whatever bit of news is coming out.”

But even if people do still have their savings intact, cyber attacks are capable of disrupting the entire banking system.

The most expensive data on the dark web is medical data.

On New Year's Eve 2019, foreign currency exchange giant Travelex was blindsided by a vast ransomware attack that plunged the company into chaos for two weeks.

Some Travelex branches were forced to revert to pen and paper transactions while some customers were left in limbo, unable to collect hundreds of pounds of converted currency.

"That affected the entire banking system, because all the banks were relying on them from a foreign exchange perspective," Stephen says.

If international payments were hampered by a cyber attack, the consequences during the pandemic could be disastrous.

Vital supplies like PPE and medicine require international payments to be made easily.

If payments systems went down, delays to trade could end up costing lives.

Ironically, the technology put in place to really combat the pandemic could pose problems in and of itself.

A new NHS app is being trialled on the Isle of Wight to help fight the spread of the virus by using Bluetooth to warn people when they've come into close contact with Covid-19 patients.

But if the app is ultimately going to be rolled out nationally, security concerns have been raised about the nation's private medical data.

“This is of national importance," says Burke.

"This is such sensitive information — it’s medical information, it’s going to be highly sought after by cyber criminals.

"The most expensive data on the dark web is medical data."

That's because criminals can use medical information to create fake IDs, buy prescription-only drugs, and even run targeted scams exploiting the sick. 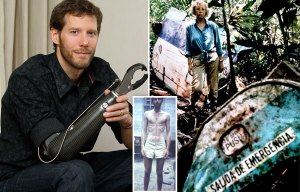 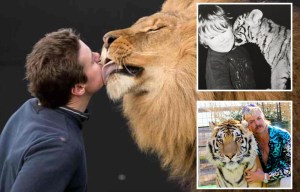 Truth about obesity and coronavirus - from 'crushed lungs' to organ failure 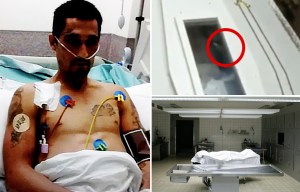 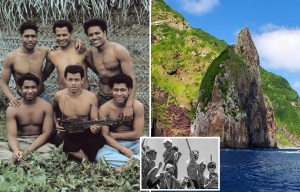 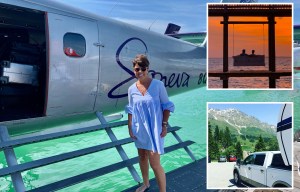 Ultimately, Stephen thinks private individuals and companies alike need to make sure they are aware of cyber scams and how to protect themselves against them.

And there's never been a time when we're more vulnerable than right now, in the midst of the coronavirus crisis.

Scammers and fraudsters are taking advantage of the Coronavirus outbreak