How much did Mike Tyson get paid for Shark Week?

It's unclear how much the boxing legend is getting paid for his role.

Tyson is reportedly worth $3million after losing the majority of his $300million fortune he accrued over his boxing career.

What is Shark Week?

Shark Week is the annual week of shark-related content on the Discovery Channel.

Great white shark expert Chris Fallows broke a Shark Week record when he snapped a shot of a great white soaring 15 feet in the air.

The stunning moment, captured at Seal Island South Africa, was released as part of Air Jaws, a series that started in 2001.

Air Shark sees three teams of researchers counting and tracking breaches. In last Sunday’s episode, which marked the 20th anniversary of the series, one expert tried to take an image at night, and another used a drone in their attempt.

What is the Shark Week schedule? 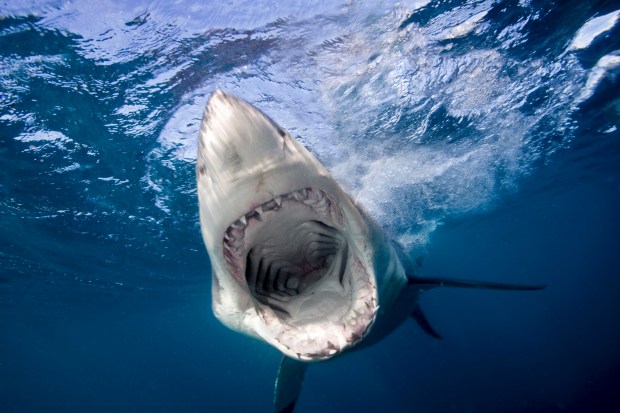 Here are a few more worthwhile programs airing on Discovery this week.

By tracking breaches on Air Jaws, researchers can compile information of hunting patterns and techniques of sharks, and in turn track shark populations. They use sophisticated technology, including drones, underwater cameras, and decoys.

Discovery will air more than 20 hours of shark programming this week.

What is Tyson vs. Jaws: Rumble on the Reef?

Tyson vs. Jaws: Rumble on the Reef premiered Sunday 9 August on the Discovery Channel.

Legendary boxer Mike Tyson went head to head with some of the ocean's most deadly predators, including a black tip reef shark.

In one shark dive, commentated by boxing announcer Michael Buffer, Tyson managed to immobilize a shark by tickling it's nose.

Before getting in the water, Tyson vomited, claiming that he was "scared to death" to join the sharks.

"I took on this challenger to overcome fears I still deal with in life," he explained, adding, "I equate this with overcoming my fear of getting back into the ring at 54 years old. I learned from this experience doing Shark Week that whatever intimidates me."

How much did Mike Tyson get paid for Shark week?

It's currently unknown how much Tyson is getting paid for his Shark Week debut.

Since he retired from boxing, Tyson has spent much of his fortune on expensive houses, flashy cars, a pet tiger, and divorce alimony.

Tyson has starred or held minor roles in a number of movies, most notably in The Hangover film franchise.

He even had his own animated TV show called Mike Tyson Mysteries.

More recently he produces a podcast called Hotboxin’ With Mike Tyson, which is one of the more popular combat sports-related podcasts out there.

Hinted in that title, Tyson has cannabis to thank for his financial recovery. He runs his own weed ranch called the Tyson Ranch, where he grows and sells his own brand of weed as well as weed-based wellness products.

What is Mike Tyson’s net worth?

Mike Tyson is estimated to have accrued over $300million throughout his boxing career, but ended up losing it all.

Forbes claim his total career earnings could even have been as high as $685million.

However, as of 2020 Tyson’s net worth is estimated to be just $3million, according to Wealthy Gorilla.

Pep Guardiola: no one cares about the players. There were 2 weeks of pre-season, and now matches every 3 days, and so 11 months
Akanji about 0:2 from Augsburg: Borussia showed too little in attack and defense
Hummels 0:2 in Augsburg: Borussia played well in many aspects, but did not create enough chances
Schalke have not won the Bundesliga in 18 consecutive rounds. The total score of the first two games of the season is 1:11
Real won with the help of VAR and decommissioned forwards. Jovic earned a penalty, mayoral a penalty
Robles on refereeing the match with Real Madrid and VAR: dubious episodes are always Interpreted in favor of top clubs
Conte on 4:3 with Fiorentina: impressed with Inter's attack. We didn't have enough balance, we paid for it
Source https://www.thesun.co.uk/tvandshowbiz/12366813/mike-tyson-shark-week-discovery-channel-jaws/

What happened to former Gogglebox stars?

Hundreds of Poppy Day parades 'could be cancelled due to coronavirus'

'He returned to what he really was': Clive James's daughter on his poetic farewell

Recipe for chaos: 2020 election threatens to snap a US already pushed to the limit

Striking photographs show life in Newcastle in the 1980s

There are seven unclaimed estates in East Lancashire

From psychopaths to 'everyday sadists' - why do we harm the harmless

From psychopaths to 'everyday sadists' - why we harm the harmless

From psychopaths to 'everyday sadists' - why do humans harm the harmless?

Mum quoted £4,000 to redo her tired-looking bathroom did it herself for £45

The Great British Bake Off: 11 of the show’s most dramatic moments

Trump First now drives US foreign policy. Even if it leads to war…

With its slavery list, the National Trust makes a welcome entry to the 21st century | Catherine Bennett

Football betting tips: Both teams to score at Sheff Utd vs Leeds, plus Liverpool vs Arsenal – Premier League predictions

The Florida patrol attempting to enforce a loosened mask mandate

Sarah Paulson: ‘If I’m terrified, I feel compelled to do it’

Amy Coney Barrett: what will she mean for women's rights?

Dolls with hearing aids inspired by girl, 4, who was born deaf

Funeral director gives the gift of life - by donating her eggs