I'M A Celebrity's famous Celebrity Cyclone course was put through its paces outside Gwrych Castle today.

The Sun revealed the challenge - the traditional pinnacle of the series - would be returning despite the series moving to Wales.

Members of the crew on the ITV hit, which returns tonight at 9pm, were seen setting it up and putting the course through its paces.

Celebrity Cyclone is usually undertaken in the scorching Australian sun - and the UK version looks a good deal chillier.

In fact, temperatures in the North Wales market town of Abergele, where the show is filmed, are currently hovering around seven degrees C.

That could mean the celebs donning wetsuits rather than the usual attire of skimpy superhero-themed T-shirts and capes.

A giant green and yellow slide was spotted in the grounds of the castle where stars including Vernon Kay and Giovanna Fletcher are filming.

Flashing lights and a huge pile of inflatable balls were also piled up ready for the task ahead of Friday's final episode.

The task sees the stars attempting to grab stars from a slippery hill as they’re blasted with wind, water ­cannons, foam and balls. 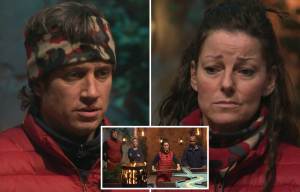 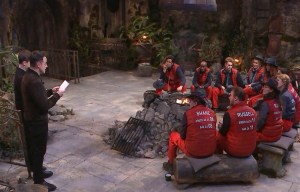 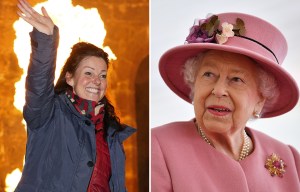 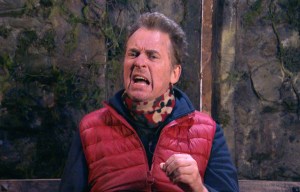 A TV insider told The Sun last week: “This often took place in the heat of the Australian jungle which meant it could easily be staged outside where it needs huge amounts of space.

“That left fans wondering if building something similar in Gwrych Castle in Wales might be impossible, because of the freezing temperatures and the limited room inside the building and its grounds.

“But it seems producers, who are determined to ensure the British equivalent is just as fun as the one Down under, have found a way to make it happen.”

Arsenal is a big club in England. Ødegård fit into the role of the tens of Arteta. Holand on Martin
Klopp on Lampard's resignation: Abramovich is not the most patient man in the world. It is cruel to make this decision so early
Berbatov on Suarez: Barcelona showed disrespect and pays for it. Luis must be dying of laughter
In the environment of Messi deny that the player and his family members learn French
Oscar: I want to finish my career at Chelsea. I play very well, so there should be a place for me
Victor Font: Garcia is ready to play for Barca for free until the end of the season. Please buy it now
Arsenal rented the Youngster from real
Source https://www.thesun.co.uk/tv/13351998/im-a-celebrity-cyclone-course-cold/

The double refugees: The family who fled Syria’s civil war and ended up in war-torn Nagorno-Karabakh

Contactless payment limit could be raised to £100

US B-52 bomber again flies over Mideast amid Iran tensions

Tomahawk and £15,000 of smuggled cigarettes seized by police

We will be dealing with Covid in UK into 2030s, says expert

From The Office to Drag Race, TV recap podcasts are the perfect accompaniment to your lockdown rewatch

How to apply for vouchers during lockdown 3

Coronavirus infection rates for all parts of Wales on Weds, Jan 27

Locked in a barracks with Covid running rampant. Is this any way to treat asylum seekers? | Jack Shenker

Farmer shot in knee and foot in vicious armed robbery

The River Tyne at Wallsend and Hebburn in the 1960s - how does it look today?

Hundreds putting off important heart scans until they get vaccinated

Woman’s Hour criticised for interviewing Matt Haig on subject of teenage girls’ mental health: ‘Is this a joke?’

Neglected dogs leave RSPCA 'in tears' but they're unrecognisable after makeover

Ayrshire mum and daughter, 2, living in mould and dampness 'hell'

Delight as Scotland's only two-starred Michelin restaurant retains its status

Warning over Covid-19 vaccine scam based on your medical history

10 best family board games for keeping entertained while stuck inside

Can I move house during lockdown? The rules for buyers, sellers and estate agents explained

What the January Full ‘Wolf Moon’ means for your star sign

Overweight vans 'bouncing along' the A50