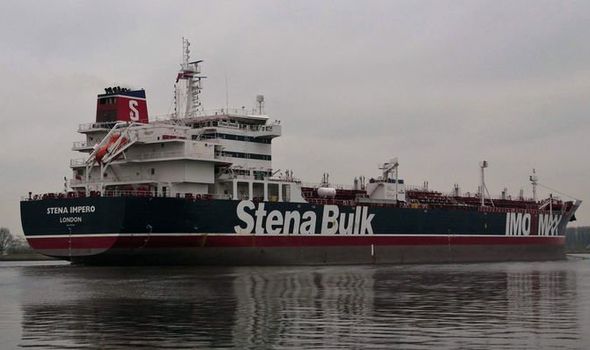 The UK-flagged Stena Impero has been seized by Iran's Revolutionary Guard (Image: GETTY)

The Government has admitted “deep concern” at the incident, in which the Stena Impero, which is registered in the UK, was seized by the Iranian Revolutionary Guard in the key strategic waterway and taken to Bander Abbas on Iran's southern coast. The semi-official Fars news agency claimed it had been seized for "violating international maritime rules” - but Stena Bulk, which owns the vessel, said the ship was in "full compliance with all navigation and international regulations". The Government's emergency committee Cobra met on Friday night to discuss the situation, with Foreign Secretary Jeremy Hunt describing Iran’s actions as “unacceptable”, and said they were a sign Iran had opted to engage in illegal and destabilising behaviour.

"We remain deeply concerned about Iran's unacceptable actions which represent a clear challenge to international freedom of navigation," a Government spokesman said.

UK vessels have been advised to "stay out of the area" of the Strait of Hormuz for an "interim period", the spokesman said.

He added: "As the Foreign Secretary has said, our response will be considered and robust and there will be serious consequences if the situation is not resolved."

A second oil tanker, the Liberian-flagged Mesdar, which is managed by Norbulk Shipping UK, veered off course towards the Iranian coast after it was boarded by armed guards at around 5.30pm on Friday. 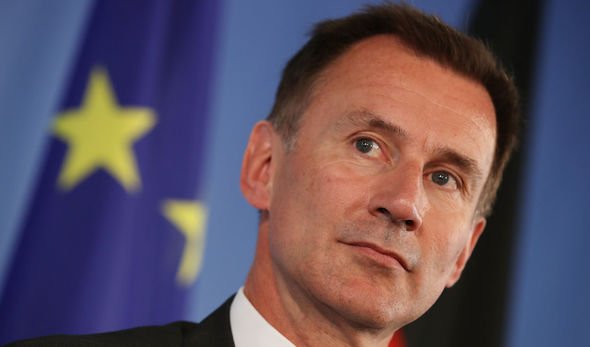 Jeremy Hunt has said the situation was "unacceptable" (Image: GETTY)

The Mesdar's Glasgow-based operator said communication had since been re-established with the ship and the crew were unharmed.

Iran's state-run IRNA news agency today reported that the seizure was due to a collision with an Iranian fishing boat.

The report said the British tanker caused damage to the fishing boat, then did not respond to calls from the smaller craft. 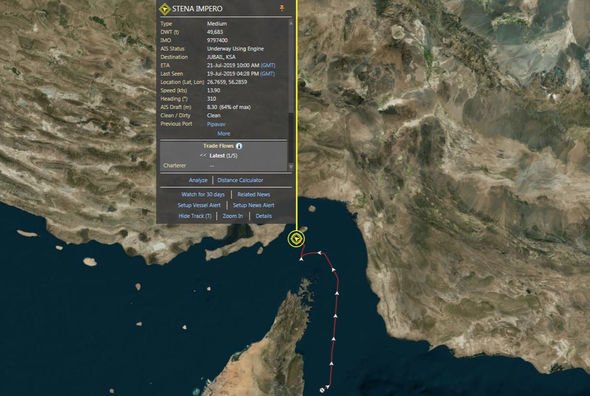 "All its 23 crew members will remain on the ship until the probe is over.”

The 23 crew comprised 18 Indian nationals and five others of other nationalities, he said.

Mr Hunt said he had spoken to US secretary of state Mike Pompeo about the situation and had tried to speak to Iranian foreign minister Mohammad Javad Zarif, but he was on a plane.

A leading authority on British shipping said oil and gas prices will be affected if regional tensions continue.

There "is no alternative route in and out of the Gulf" for approximately a fifth of global oil and a third of the world's gas supply, according to Bob Sanguinetti from the UK Chamber of Shipping.

He told the BBC: "If this is to endure then clearly it's going to impact on trade routes, trade patterns and ultimately the price of those goods going through the Strait because they are going to have to be sourced from elsewhere."

A statement from Stena Bulk said ship manager Northern Marine Management had lost contact with the crew of 23 after "unidentified small crafts and a helicopter" approached the vessel at about 4pm on Friday.

The company said the tanker was in international waters at the time but appeared to be heading north towards Iran.

US president Donald Trump said America would be "working with the UK".

He told reporters: "We will talk to the UK and we have no written agreement but we have an agreement. They've been a very great ally of ours.”

Manchester United is ready to pay 120 million euros for Sancho if they get into the Champions League
Saul: if Real Madrid win La Liga, it will only be because they deserve it. VAR puts a penalty in their favor, as they put pressure on the opponent
Tiago put his house in Munich up for sale. Liverpool was Interested in him
Glushakov before the game with Spartak: I have no problems with the fans
Olivier Giroud: I'm Glad that my goal helped Chelsea win
Hulk: the Contract with Shanghai ends in December. I don't want to play in China anymore
Inter will extend their contracts with Handanovic and D'ambrosio until 2022
Source https://www.express.co.uk/news/world/1155716/iran-news-crisis-uk-ships-warning-strait-of-hormuz-stena-impero?utm_source=feedburner&utm_medium=feed&utm_campaign=Feed%3A+daily-express-news-showbiz+%28Express+%3A%3A+News+%2F+Showbiz+Feed%29

Warning region is 'not ready for coronavirus winter challenge'

Mum struck down by salmonella feared she would die in hospital

Parents double tragedy as toddler dies after stillbirth of son

Couple jetting to Lanzarote 'not worried at all' by Covid-19

KFC is selling boneless banquet buckets for less than £5

Grand 'palazzo' style Bradford building to be turned into flats

Labrador Max is a life-saver, thanks to Dog A.I.D training

'It's not enough just to clap for NHS and healthcare workers'

Bouquet of the Week for Bishop Auckland stroke unit staff

Locomotion, in Shildon, to reopen later this month

The best and worst GP surgeries in Northallerton, Thirsk and North Yorkshire

Kirkleatham Owl Centre is gearing up to reopen