LITTLE People Big World's Caryn Chandler reunited with son Connor as she hosted a gender reveal for him and his pregnant girlfriend - after he was charged with harassing the star.

Connor, 22, told The Sun exclusively that family and friends gathered for a small celebration at Caryn's new $450K Oregon home on Sunday, where it was announced he's expecting a boy with girlfriend Ashlee.

He said: "We are so happy, we wanted a boy so badly. Our families are really excited, and cried at the reveal.

"I think I'll relate really well with a boy and be a very successful father.

"My mom hosted the reveal at her new house, the whole place was decorated and we had it in the backyard, it was brilliant, and the baby news has really brought us closer together.

"She knew before everyone we were having a boy as she set everything up for us, she was so pleased."

Exclusive video footage obtained by The Sun shows pink and blue decorations, flowers, balloons and food, along with teddy beers and streamers for the big reveal.

Connor and Ashlee stood on a large stone platform in the backyard as they popped a cannon after a ten second countdown which released blue confetti, and the couple jumped for joy and screamed.

Family congratulated the pair and Connor and his mom Caryn can be seen hugging in a sweet moment between mother and son after a difficult year.

Connor, who was arrested last year after a fallout with his mother, is now building bridges with Caryn, who has been dating TLC favorite Matt Roloff for more than four years.

As The Sun exclusively reported, he was charged with two counts of harassment and pleaded not guilty, according to court records.

He will go to trial with a court date set for June 23, and is confident the case will be settled.

Connor exclusively revealed to The Sun he is expecting a baby with his girlfriend Ashlee, 21, and says his famous mom is "very excited for her first grandchild."

He revealed Ashlee is 19 weeks pregnant and "moving along well, she's happy and healthy."

He previously said: "I was speechless when we found out and started crying, it was a very emotional day.

"I'm so excited, I've always wanted to be a dad. We've been living together eight months now in Portland and we're just so pleased to be settled and starting a family.

"Ashlee is a studying health sciences, but she's on pause with that at the minute while she has our baby."

He went on: "I've been through so much but it's only up from here and hopefully everything with the court case will sort itself out.

"My mom and I are on good terms now, she is very excited for the baby, which is due in September.

"She said every time she leaves the house she grabs something for her future grandchild."

Ashlee also told The Sun she had a "feeling" she was pregnant before taking a test, but the first one came back negative.

She said: "I waited another week and a half, and sure enough - it was positive.

"The best part is feeling the little baby I have growing inside me, and knowing we will soon be able to hold him/her in our arms."

Exclusive photographs obtained by The Sun showed Ashlee's ultrasound, her pregnancy tests, along with loved-up snaps of the couple in their new home.

Connor spent years of his youth hooked on the prescription drug Xanax, which saw him go through countless rehab stints and group homes.

He was even hospitalized a number of times after overdosing but says he's now clean and looking forward to a new chapter. 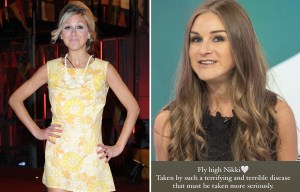 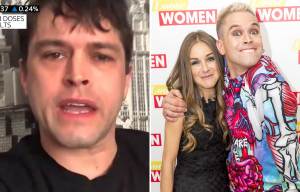 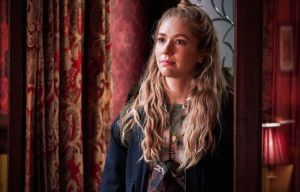 EastEnders will air TWO episodes tonight after Friday's was cancelled 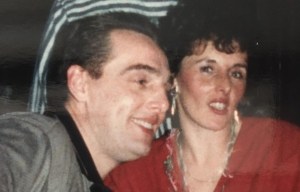 Gogglebox stars unrecognisable in snap from their 20s - can you tell who they are?

Connor was booked on August 28 on a failure to appear in court warrant stemming from his harassment case involving his mom, 53, but she has since written a letter of support.

Court papers seen by The Sun claim Connor "did unlawfully and intentionally harass or annoy" Caryn by subjecting her to “offensive physical contact."

A bench warrant was issued for his arrest when he failed to appear for an August 20 settlement conference.