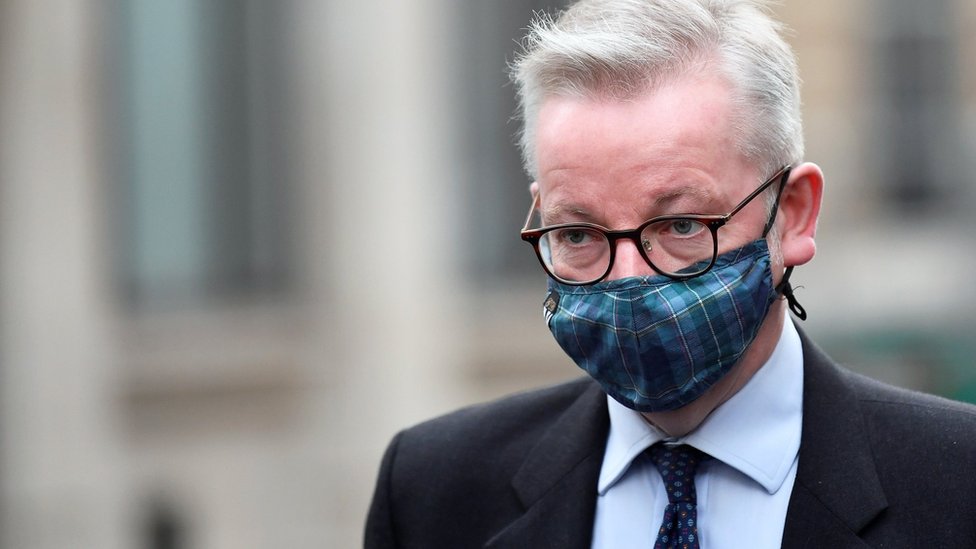 The government has been setting out its case for tougher coronavirus measures. Cabinet Office Minister Michael Gove has said England's second national lockdown was brought in to stop the health service being "physically overwhelmed".

Mr Gove was asked on BBC Radio 4's Today programme for the evidence behind the government's decisions.

He made a number of claims:

He's pretty much right. We make average bed occupancy in England over that weekend 87%, but on average - between 1 November and 22 November - it was about 88%.

Bed occupancy can be used to measure pressure on the health service, and hospitals are meant to try to keep occupancy rates below 85% to have some wriggle-room in case of a surge in patients.

But in previous winters it has often exceeded this. For example, on average over the past four years, the first week in December (we don't have comparable November data) has an occupancy rate of 95%.

This appears to show that hospitals are under less pressure than usual.

However, this is a very different year, says Helen Buckingham, director of strategy at the Nuffield Trust.

"The hospitals have significant constraints in how they can use their beds compared to previous years in relation to infection control and Covid. The measures they have to put in place mean they cannot use all the capacity they've got."

For example, NHS Providers points out that hospitals are arranged differently this year, effectively split into three zones: beds for those with coronavirus, those awaiting test results and those who are negative.

And issues such as increased infection control - including cleaning and putting on personal protective equipment (PPE) - will take up more staffing time, reducing the number of beds that may be used. 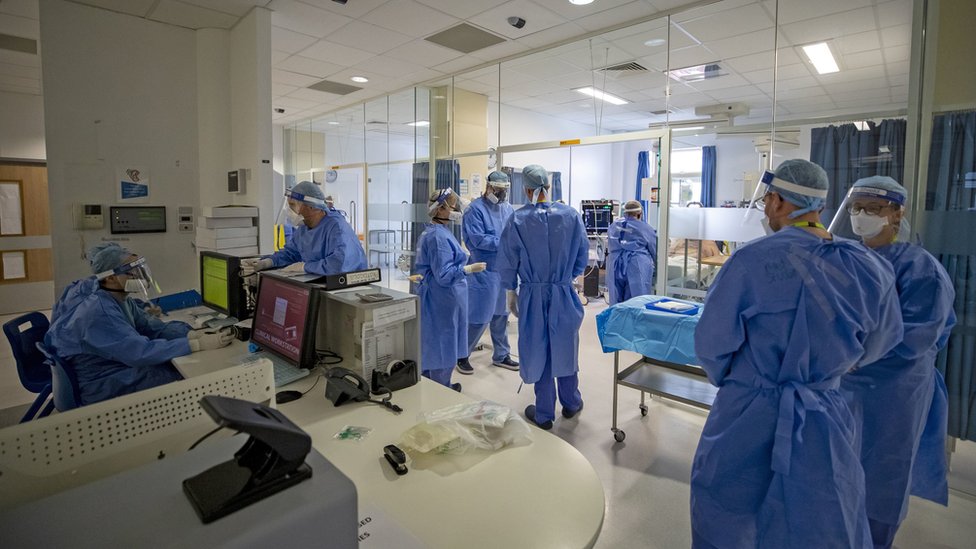 "Another thing that's different this year is the availability of staff. We tend to think of beds as a piece a furniture, but a bed is no use to people unless you can staff it," says Ms Buckingham.

Staff absences due to illness or self-isolation will have an impact. During the last peak in April, absence rates hit 6.2% compared with 4% in the previous year.

So lower bed occupancy does not necessarily mean that demand or pressures are lower. NHS Providers says these pressures are currently more similar to a normal year than the figures suggest.

Finally, some of this lower bed occupancy is by design.

Surges in cases can happen very quickly. It took just a month for the number of people in hospitals with coronavirus to triple between October and November.

'At that stage, we had a situation where the R rate, the infection rate, in every part of the country was above one'

Mr Gove pointed to the R number when England entered its second lockdown on 5 November as evidence of the need for tighter restrictions.

The R number refers to the rate of reproduction of the virus. An R rate of one means that each infected person is passing it onto one other person.

Mr Gove was correct. Analysis from the government's Scientific Advisory Group for Emergencies (Sage), which was but relied upon data up to 3 November, estimated the R rate was between 1.1 and 1.3 in England.

In the North West, the range of R was between 1.0 and 1.2. This was probably because Liverpool and Manchester had entered tier three by that point and had been under enhanced restrictions for months.

Mr Gove also claimed in the interview with the Today programme that "as a result of the steps that we took, we were able to bring the R rate down and it's now below 1 across the country".

According to data up to 24 November gathered by Sage, the R number in England has now fallen to between 0.9 and 1.0.

However, in five out of the seven regions in England, the upper limit of the range remains above 1.

'The ONS figures showed that the infection was doubling, on average, every 15 days in the six weeks up to the announcement of the November measures'

This doesn't normally include growth rates but the ONS published a special dataset on 31 October that did include these.

The special dataset shows the infection doubling time for the six-week period 12 Sept to 23 October, so not quite the "six weeks before the announcement" claimed (the lockdown was announced on 31 October).

The average over the six-week period was indeed that infections doubled in 15 days. 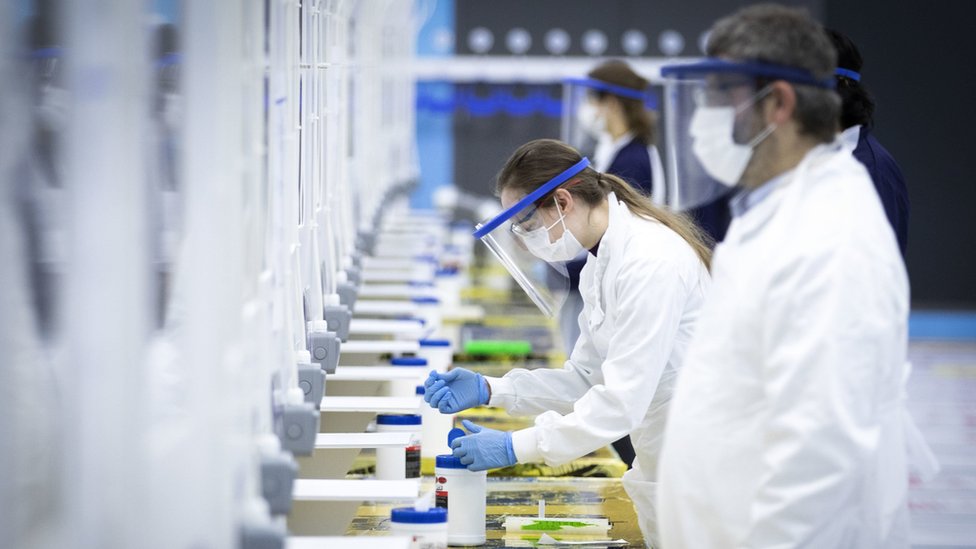 The regional figures show that the West Midlands and East Midlands, not the East of England as Mr Gove claimed, had a doubling rate of 12 days over this period.

However, neither the West Midlands nor the East Midlands are low-prevalence areas in terms of their infection rates.

Wegorst-the first in the history of Wolfsburg to score 12 goals in the 1st round of the Bundesliga. He is in the top 3 of the goalscoring race
Bounou is the second goalkeeper of Sevilla after Palop, who blocked 2 + penalties in the La Liga season
Frank Lampard: Back in December, Chelsea were in great shape. I am concerned that we lost it so quickly
Rodgers on Leicester's fight for the championship: It's too early to say, but in the first half of the season we played consistently and at a high level
Only in one season in the Abramovich era did Chelsea score fewer points after 19 rounds than they do now. Then Mourinho was sacked after 16 games
Werner has not scored in 11 games in the Premier League. He has 1 goal in his last 15 games for Chelsea
Manchester United are ready to offer 12 million euros for defender Lance Medina. In September, he was called up to the Argentina national team for the first time
Source https://www.bbc.co.uk/news/55144941