ROB Butler started the year by being sent to Coventry – he could end it in an England shirt.

And dropping rugby union for rugby league after growing up in Kent could prove to be the best decision he has ever made.

The London Broncos forward was this week called up to the England Knights squad after a string of impressive performances in Super League.

However, on the first day of the season he was playing in front of just 360 spectators for League One Coventry Bears against Newcastle Thunder.

Butler, though, is not bitter about dropping down to the third tier – he is adamant it was needed in just his second season as a full-time player.

He said: “It’s been a rollercoaster of a year, that’s for sure – from Coventry one week to Super League the next.

“But I was just grateful for the opportunity to play. Coventry gave me game time at the start of the year and that’s definitely what I needed.

“That game against Newcastle was certainly not as quick as ones in Super League, it’s a totally different game at League One level.

“But it was perfect for me and I’ve been trying to get better every week from that.

“Everything’s just been hectic, so I haven’t had a chance to sit back and think how far I’ve come from Medway.

“This is only my second year of full-time rugby, so I’ve jot had a long period of time where I can look back.”

Butler’s path to rugby league’s top flight is not your usual one.

After being a ‘bigger kid’ at school in Rochester, he started playing football as a centre-half, because he could head the ball and take goal kicks!

He then took up union at Medway RFC before ditching it for league as a 17-year-old at Medway Dragons, where he eventually played his way into the Broncos’ set-up.

That saw him earn promotion from the Championship by beating Toronto. Now he has done so well in Super League, he is in line for a spot in the Knights’ game against Jamaica on October 20.

But even his call up came with drama as he added: “I was only told just before the squad was announced.

“I think they struggled to get my number, so I only got the call from coach Paul Anderson just before training on Monday!

“It’s not something I expected but it’s something I’ll hopefully grab with both hands. However, I just concentrate on what’s happening that week, I don’t look too far down the line.”

The next stage in Butler’s top flight journey sees him and London face runaway leaders St Helens at Ealing tomorrow.

But the bottom side has stunned them once before this season, so there is no reason why Danny Ward’s men cannot do it again then maybe prove many wrong by staying up.

Butler, 21, said: “We were written off before the season started – we were predicted to finish 10th in the Championship last year!

“We were never going to be in a comfortable position but we know what we’ve got to do as a club and a team to stay up.

“And if everyone is switched on, we can perform and even though Saints have been to London before, we still have the home advantage and it’s not an easy journey for any side.

“We know it’s going to be tough, no game for us is easy.” 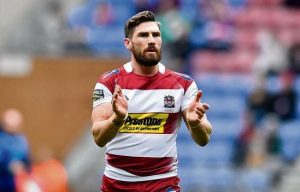 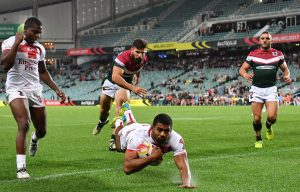 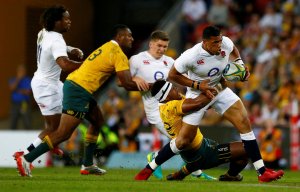 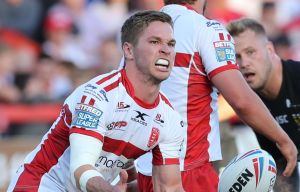 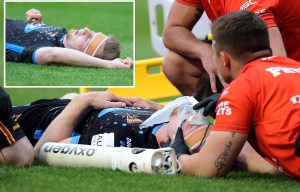 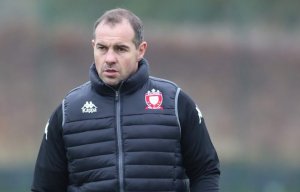 Manchester City have agreed a contract with Ferran Torres. He is seen as a replacement for Sane
Mourinho on Tottenham: We will fight until the end to reach the Europa League
Dzeko scored 15 goals in Serie A with his head. Over the past 5 years, only Pavoletti and Zapata have more
Sarri on 3:3 with Sassuolo: there Were moments of passivity that are difficult to explain
Arteta about 2:1 with Liverpool: the Gap between the teams is huge for today
Jurgen Klopp: Arsenal didn't have any real chances. We played brilliantly, but two episodes killed the game
Van Dijk Pro 1:2 with Arsenal: Liverpool got what they deserved. We gave them goals
Source https://www.thesun.co.uk/sport/9544215/london-broncos-ace-rob-butler-goes-from-coventry-to-england-knights-squad/

Why Marcos Rojo has not returned to Manchester United

WW3: China vows to take revenge on US over Trump sanctions in chilling warning shot

Coronavirus: Fishermen test positive despite spending 35 days at sea and testing negative before they left

Twitter is a tale told by an idiot, full of sound and fury, signifying nothing

Heidi Klum, 47, shows off abs as she flashes thong in bra top and leggings amid her return to AGT after ‘sick’ hiatus

Talking car Polestar 2 is a Swedish Tesla – only better

How to start the summer safely

Rugby players of both codes have increased risk of osteoarthritis

British nuclear submarine narrowly misses ferry with hundreds on board