The vote for the London mayoral election 2021 and the London Assembly took place yesterday, May 6.

Polling stations were open between the hours of 7am and 10pm, with millions of people casting their votes in both London and across the UK in a number of local elections.

Current Mayor Sadiq Khan is running for re-election, with Londoners having to choose between a record 20 candidates in yesterday’s vote.

As the votes get counted, here is everything you need to know about the voting system.

The votes will start to be counted today, May 7, the day after polls closed last night.

The votes are collected and counted in three centres across London: Alexandra Palace, ExCel and Olympia.

Due to the sheer amount of votes in London elections, the results are counted electronically.

How are the London Mayoral results determined?

The Mayor of London is elected by a supplementary vote system.

This is when each voter has a chance to select a first and second choice on their ballot paper.

If a candidate receives more than half of all the first choice votes they are elected.

The second choice votes of everyone whose first choice has been eliminated are then counted, with votes for the remaining two candidates added to their first-round totals.

The candidate with the highest combined total of first and second choice votes wins.

How are the constituency London Assembly member results determined?

The 14 constituency London Assembly members are elected using the first past the post system.

This simply means that the candidate in each constituency with the most votes is elected as the London Assembly member.

How are the London-wide Assembly member results determined?

The 11 London-wide Assembly Members are elected using a form of proportional representation.

The London-wide Assembly seats cannot be allocated until after the constituency results have been announced, to ensure the overall London-wide assembly better reflects how London voted.

The 11 seats are allocated using a mathematical formula – known as either the Modified d’Hondt formula, or the Jefferson method.

The formula uses the votes cast in the London-wide Assembly member contest and takes account of the number of constituency London Assembly member seats that each political party has won.

11 rounds of calculations then take place to fill the 11 vacant seats.

The candidate with the highest result at the end of each round is allocated the seat.

Seats won by parties are allocated to party candidates in the order they appeared on the relevant party’s list of candidates.

When are the results of the 2021 London Mayoral election announced?

While the count started this morning Friday May 7, it is unlikely that results for the London Mayoral election will be known until the evening of Saturday May 8 at the earliest.

A spokeswoman for London Elects, the organisation running the polls for Mayor and the London Assembly, said: ‘Details are still being finalised — but in the interests of staff safety, the count will take place over two days. This means the mayoral result will not be announced before Saturday evening, at the earliest.’

While usually the votes would be counted overnight and declared throughout the day after voting, Covid restrictions mean that the counting process will be much slower this year.

When are the results of the London Assembly members announced? 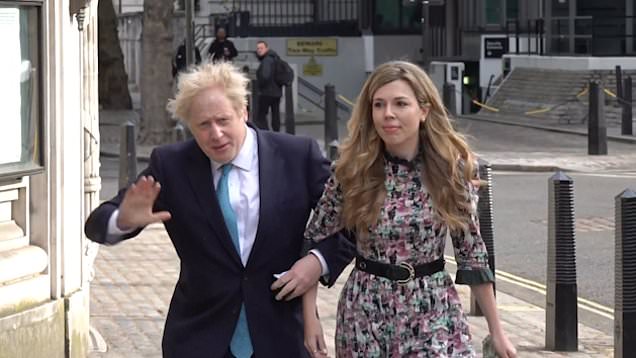 Similar to the London Mayoral vote counting, the process will be slower for announcing the constituency London Assembly members.

As a result, that will mean the London-wide Assembly members results will also be delayed, as these results cannot be determined until the constituency members have been announced.

The remaining seven seats will likely be declared on Saturday afternoon and evening.

MORE: Has an independent party candidate ever become the Mayor of London?

MORE: What is tactical voting?

The unwritten rules in the men's toilets

Sophie Ecclestone happy to return to the rhythm of bowling again

Christian Eriksen discharged from hospital and 'doing well' after operation

Bingo cashiers who stole £183,000 caught while on holiday

How is the record-breaking US heatwave linked to the climate crisis?

A night out at a Newcastle social club in the '70s

Burglar with 'Irish accent' on the run from HMP Sudbury

Wembley capacity for Euro 2020: How many fans are there today for England vs Scotland?

UK's longest Covid inpatient, 49, dies as he 'couldn't live like this anymore'

A lifetime of waiting for my father to be proud

Taxi driver stabbed in the arm after row over a fare

SNP's plot to scrap God Save the Queen: 'It would get all of Scotland singing'

Every Delta variant symptom and how they differ from other signs

US Catholic bishops OK steps toward possible rebuke of Biden

Grandad, 81, spared jail after driving to Liverpool for Class A's

Bring the noise! Tartan Army descends on London ahead of Scotland v England

Portugal mayor: Protesters' details were given to embassies

Christian Eriksen message to supporters after being discharged from hospital

Christian Eriksen makes statement after being discharged from hospital

Aquarium to auction off chance to name 3 beluga whales

Heartbreak as teenager dies after falling from city building

Brit dads' perfect time to kick back and enjoy a gin and tonic is 5.59pm

How Arsenal could line-up with Ramsdale, White and two midfield transfers