ONE person was killed after a storm ripped through a rural area of Louisiana on Sunday night.

The victim was in their mobile home when the reported tornado lifted the trailer onto a nearby highway in Acadia Parish near Church Point, authorities said.

At last six others were wounded as the killer storm howled through the southern state.

Terrifying footage has emerged showing another twister forming near the town of Mamou, around 40 minutes drive north west of Church Point.

Thankfully, that cyclone did not leave any locals injured although some homes were damaged and trees wrenched from the ground.

The National Weather Service (NWS) office in Lake Charles has issued a tornado warning for Acadia Parish for a radar-indicated tornado in the area.

On Facebook, he wrote: "Just out of town our neighbors to the North of us on La Highway 751 were not so lucky.

"I ask everyone to please pray for our neighbors in the Acadia and St Landry Parish area on Highway 751. Our Hearts and Prayers go out to you at this tragic time."

Local resident Tracy Freeman Thibodeaux said the twister smashed into her daughter's trailer while she and her four kids were inside.

Luckily, none of the family were killed.

Posting a pictured of the crumpled home on Facebook, she said: “This is her trailer. Across the street from where it was supposed to be. They were inside.” 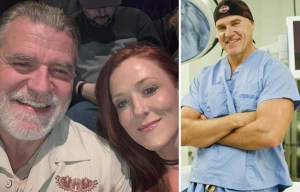 ‘ROCKS IN HER PANTS’ 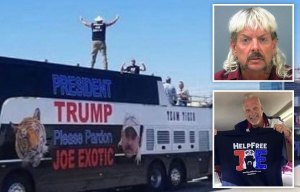 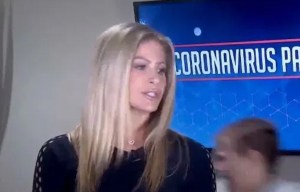 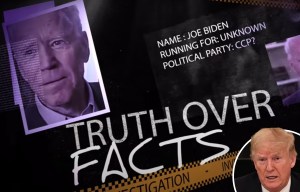 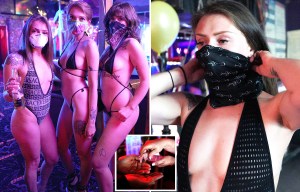 Strip club reopens with ‘masks on, clothes off’ party… but admits virus 'risk'

Church Point local Wyatt Thibodeaux said he could see the storm raging towards his home right before it struck.

He told KLFY-TV: “[I] took off running towards the shop. going the opposite way, sounded like a freight train when it hit.”

Storm season usually peaks in May with more than 250 twisters howling through the US.


GOT a story? EMAIL exclusive@the-sun.com

Christophe Dugarry: Messi really could have given Griezmann more passes. Antoine lost confidence
Sane passed a medical for Bayern and went to meet with the club's management
Neuer - in goal, Hakimi and Davies burn out the flanks, in front-Sancho, Muller and Lewandowski. Collected Dreamtime Bundesliga-19/20
Casillas is almost not on the video in honor of Spain's victory at Euro 2012. Perhaps this is due to his promotion to the post of President of the FFI
Setien's future in Barca is under threat. The players don't support it
Trent on motivation: Ronaldo and Messi never relax. The more you win, the more you want to continue
Conte on criticism: attack me, Not the club or my players. There are people who want to see the glass half empty
Source https://www.thesun.co.uk/news/11658073/louisiana-tornado-one-dead/

The road to recovery

Girl, 12, has hand amputated after freak accident on trampoline

Are schools reopening in September?

Town centres back open for business

GCSEs could be delayed in England next year

Praising Steve Bruce does not imply an acceptance of Mike Ashley

Pub bosses and police issue joint appeal ahead of reopening

The priorities for the coronavirus economy | Joseph Stiglitz

Epsom 3.40 racecard: Runners and riders for the Oaks at Epsom live on ITV this Saturday

Pupils who refuse to follow social distancing could be excluded

How to enjoy Bristol Balloon Fiesta this year

Wigan fall into administration - but what does it mean for the the club?

British Airways WILL resume long-haul flights from Gatwick within weeks