HEARTFELT Mark Selby would dedicate a fourth world snooker crown to late pal Willie Thorne, saying: I owe him so much.

The Leicester Jester began his love affair with the baize at Thorne’s snooker club in their hometown and was talent-spotted by brother Malcolm Thorne.

Thorne, who died in June aged 66, was present for Selby’s first professional match against Wayne Brown at the 1999 British Open.

And the likeable but flawed snooker icon was at the Crucible, bawling his eyes out when Selby won his first of three world titles six years ago.

These are the first Betfred World Snooker Championship to take place since Thorne’s sad passing.

Thorne, who had well-documented drink and gambling issues, announced in March he had leukaemia and was receiving treatment in Spain before he died in lockdown.

“He lit up a room whenever he walked in. He was always happy no matter what was going on in his life.

“We all know he had flaws. But we all have flaws in us. It doesn’t make him any worse a person.

“He had a massive influence on my career. I played at his club since I was 13 or 14 years old. His brother Malcolm sponsored me.

“If it wasn’t for Willie they wouldn’t have probably had the club. I owe him a lot really. It was a sad day when I heard the news.

“He was in hospital and then one of my close friends said that it could be hours not days. I got the news the next day. I was really cut up at the time. He was a massive part of my life.

“If it wasn’t for Willie and his family, I probably wouldn’t be where I am today.

“During the 2014 World Championship, when I won it for the first time, he came in my dressing room every time before a session to see how I was feeling, if I was feeling relaxed.

“He gave me a few tips. He told me to go out there and enjoy it, play like you’re on the practice table.

“I still remember even when I picked up the trophy he was at the bottom of the table as he was commentating. He had tears in his eyes, he was crying, hugging my wife Vikki. Memories like that you always remember.”

In snooker there are trophies named after the late Paul Hunter and legends Steve Davis, Stephen Hendry, Ray Reardon and Alex Higgins.

Thorne only won one ranking event – the 1985 Classic in Warrington – so Selby reckons there should be a Memorial Day in his honour. Perhaps even a golf day with all the top names.

Selby was unable to get to the funeral in Spain and reckons the last time they spoke was at the Welsh Open in February. 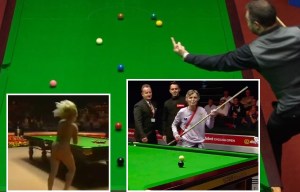 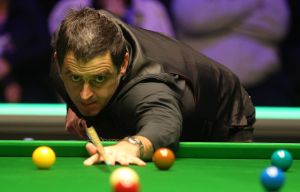 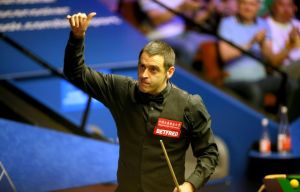 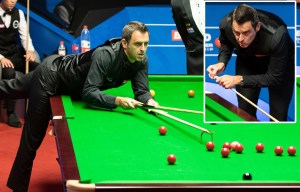 Selby said: “It has been a sad few weeks. We had Willie and now Brandon Parker, bless him.

“It has been devastating for the snooker family. It’d be nice if I could win here as I could dedicate it to Willie.

“Willie sometimes talked to me about shot selection.

“If I was practising with him and playing shots or going into the pack, sometimes he’d say to me: ‘Oh why have you played that?’

“He was one of the best break-builders in the game. I was always learning off him and he gave me tips on the Tour.

“I still remember he was sat in the crowd watching my first match versus Wayne Brown as a pro at Plymouth. He was sat at the top. I won 54 and had a 99 in the decider.”

Zlatan Ibrahimovic: The coronavirus had the courage to challenge me. Bad idea
Leeds United confirmed the transfer Llorente. The Sociedad defender was paid 18 million pounds
Bartomeu - Suarez: I want to organize a farewell match. Barcelona will always be your home
Arsenal are Interested in Jorginho
PSG refuse to rent Allie because of the excessive demands of Tottenham
Lopetegui about Bavaria: Such a team has not been in Europe for many years
Angel Di Maria: Ronaldo is a beast. It is incredible that he is fighting with Messi, being less gifted by nature
Source https://www.thesun.co.uk/sport/12328273/mark-selby-would-dedicate-a-fourth-world-title-to-late-pal-willie-thorne/

Move towards ‘sustainable lending’ by banks

Iconic Dunnings Bridge Road Bridge set to be pulled down

How many coronavirus patients are in hospital in the UK?

Dog dies after being hit by mobility scooter in altercation

Wagamama on the hunt for Deliveroo customer over strange order

Tottenham signing Alex Morgan has more Instagram followers than Dele Alli and Son Heung-Min, but Gareth Bale has most

What time is The Grand Party Hotel on BBC One tonight and what’s it about?

Where is The Shankly Hotel from The Grand Party Hotel on BBC One?

Jurors could be quizzed over beliefs at inquest into deaths of Barking serial killer’s victims, court hears

Beloved Swansea nightclub is stopped from being turned into flats

Section of A465 near Hirwaun shut after crash

Boohoo chief executive found his son, 20, dead in bed from morphine overdose after he did not get up for work

Man who followed female police officer around jailed for stalking

Everything you need to know about Chelsea's new goalkeeper Edouard Mendy

Power Book 2: Ghost – cast, how to watch and will it be released on Netflix?

Black ex-LAPD cop on MSNBC slams Kentucky AG and says ‘he’s skinfolk, but he is not kinfolk’ after Breonna Taylor news

When does Hugh Grant and Nicole Kidman’s The Undoing start on Sky Atlantic?

ADVERTORIAL: There’s never been a better time to buy a new home in South Wales

Having both flu and Covid doubles your risk of death, study finds

Malin Andersson: Sick troll told me to take out my dying girl’s tubes but I’m stronger than ever after suicide attempt

Prisoner threatened to 'open up' jail staff with homemade shank

Mums reveal husbands' habits that drive them mad from making tea to breathing.