ACTOR Martin Freeman has admitted smacking his kids and calling them “little f***ers” when they were very young.

The star of TV’s Sherlock and The Hobbit films, 48, has two children, Joe, 14, and Grace 11, with his former partner Amanda Abbington.

He said: “One of the rules is, don’t smack your kids or call them little f***ers.

“I know I’m not supposed to do it, but there are so many images about how (parenting) all just has to be brilliant that it makes people feel bad.

"But that doesn’t mean it’s not really hard.

“This idea you only ever rationalise with a toddler? Genuinely, good luck.

"If you can do that, God go with you. Amazing.”

'SO MANY LOVE HER' 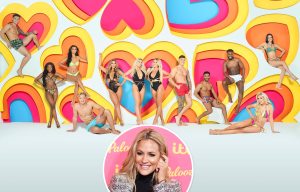 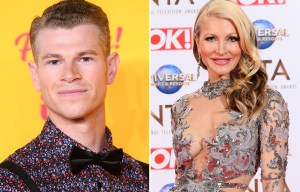 Martin claimed the smacking only took place when he struggled to rationalise with his kids when they were little, or when he was at the “end of my rope”.

In The Sunday Times interview about new parenting sitcom Breeders, he added: “I’m not proud I did that, but I have. I don’t think it’s a policy. And I’ll do it again!”

Dame Esther Rantzen, 79, who founded the ChildLine charity, said: “I’d say to Martin, ‘I’m sorry to hear that, because I know you care about children, but I don’t think this is your finest hour’.”

What time is the Virtual Grand National 2020?

UK coronavirus lockdown should be lifted by end of May or earlier as epidemic to plateau in 10 days, PM’s adviser says

Martin Lewis' 18 important tips for your money during coronavirus

Everton news and transfers LIVE - Bernard 'wanted' in Serie A

Coronavirus lockdown: Change is in the air as Premier League finally gets a grip

Greater Manchester's lost schools - and the stars who went to them

F1 odds and betting prediction: Who will win the virtual eSports Australian GP – Norris, Leclerc and Albon all in action

Coronavirus: How you can help from home

F1 odds and betting: Get up to £30 in free bets on virtual eSports Australian Grand Prix

Dolly the Sheep scientists say cell therapy could be cure

WWE WrestleMania 36 live stream FREE: How to watch The Showcase Of The Immortals without paying

To grab this moment, the next Labour leader will need humility

Five easy DIY jobs to do at home this weekend

The best family films to watch during lockdown

24 things you definitely shouldn't say to someone from Liverpool

Liverpool's nearest nuclear bunker built to help save the country

24 pictures that will make you miss the Grand National

Inspector barred from policing after string of misconduct allegations proven

The most expensive houses sold in the North East last month

Michael Owen on the key to his success in football

How to make sure supermarket deliveries are safe during coronavirus lockdown