Ten people were killed and 16 others were seriously injured after the group brutally opened fire on "everyone" inside on Tuesday morning.

It is estimated that 110 members of staff were stationed at the camp at the time of the attack, with most of them believed to be sleeping in their beds.

James Cowan, 57, who now runs the charity, said that members of an unknown armed group broke into the compound as workers slept and “went bed-to-bed murdering people”.

“It was a pretty horrific close-quarter killing of people asleep in their bed," he said.

"As the shots began to ring out, you can imagine the confusion and horror in the dark," adding that people were “screaming and shouting” as they tried to flee.

Cowan said that the group of men had forced their way into building as they tried to find members of the Hazara minority community.

The Hazaras are an Afghan ethnic group that have faced persecution at the hands of both the Taliban and the Islamic State group for many years.

Cowan said some of those people they killed were from the Hazara community but “they quickly ran out of Hazaras and began to kill indiscriminately”.

"The Taliban entered a compound of a mine-clearing agency... and started shooting everyone," spokesman Tareq Arian told reporters.

However, the notorious group has denied it was involved in the atrocity.

"We condemn attacks on the defenseless & view it as brutality," Taliban spokesman Zabihullah Mujahid said on Twitter.

"We have normal relations with NGOs, our Mujahidin will never carry out such brutal acts."

The Halo Trust was supported by Diana, Princess of Wales, and has had a close affiliation with the Duke of Sussex.

Harry made an emotional visit to Africa in 2019 to retrace the steps of his mother, who famously walked through a partially cleared Angolan minefield in 1997 to highlight the threat of the military munitions.

During his trip to Dirico, in southern Angola, Harry saw Halo's work first-hand while donning body armour and a face mask to inspect an area of bush being cleared of ordnance by the charity.

According to the its website, the Halo Trust employs almost 9,000 people and works in more than 20 countries and territories around the world.

Baghlan province has seen fierce fighting in recent months, with near-daily battles between the Taliban and government forces in several districts.

Violence has surged across the country since May 1 when the US military began its final troop withdrawal amid a deadlock in peace talks between the Afghan government and the Taliban.

The removal of approximately 3,000 U.S. service members coincides with the 20th anniversary of the Sept. 11 terrorist attacks, which spurred America’s entry into lengthy wars in the Middle East and Central Asia.

In several districts where fighting has been intense in recent months, the insurgents have planted roadside bombs and mines to target government forces, but the explosives often kill and wound civilians. 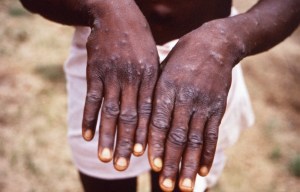 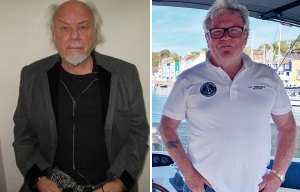 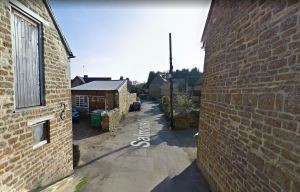 Body of man found after shed fire as woman, 64, arrested on suspicion of murder 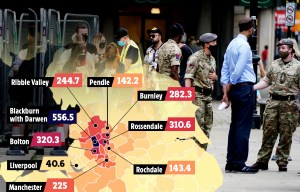 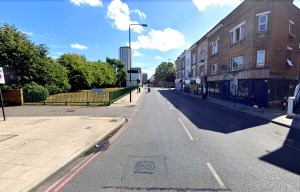 Woman, 25, killed after being hit by a police car on job as probe launched

Afghanistan was already one of the most heavily mined countries in the world, a legacy of decades of conflict.

On Wednesday, the Taliban claimed it had shot down an Afghan military helicopter in the province of Wardak near Kabul, but the defence ministry said the aircraft had crashed due to "technical reasons".

Three crew members were killed in the incident, the ministry said.

Chiesa Ob 1-0 with Wales: We proved that every Italian player can perform successfully
Denmark has an unusual coach-philosopher: he turned children's football around, looked for the principles of the national team with the former prime Minister
Football has become uninteresting. 60% of the time, players roll the ball in their own half. Honorary President of the Russian Federation Vyacheslav Koloskov shared his opinion about the entertainment of Euro 2020
Coach of Finland before Belgium: We can even take the first place in the group. Just fantastic
Atalanta can offer 20 million euros to Bologna for the defender of the Japanese national team Tomiyasu
De Bruyne, Eden Hazard and Witzel will start against Finland, Thorgan Hazard will not play due to injury
Chalhanoglu on Euro exit: Turkey has a young team, it will progress

Biden and Congress face a summer grind to create legislation

Son's plea to save dad's legacy from becoming 'victim of progress'

Summer solstice: what happens after the longest day of the year, will mornings get darker?

Man United could solve two summer issues with one signing

'Bro we be multimillionaires in three months haha' boasted dealer

ITV soaps and The Chase air times after Euro disruption

New WhatsApp update will affect all iPhone and Android users

Kindle paperwhite Prime Day deal: Get 33% off the ereader in the sale

Emma mattress Prime Day deal: Rest easy with 51% off in the sale

Blackpool's battle to make landlords accountable for actions of tenants

Fighting the Germans on the beaches: Redcar's amazing wartime defence

Widow's plea after vandalism of bench in memory of Darlington doctor

Redcar Steelworks site will completely demolished within a YEAR

'Salah effect' could be the key to ending Old Firm hate

Ethiopia votes in greatest electoral test yet for Abiy

‘Power of positive thinking’: Jon Rahm rebounds from Covid to win US Open

Lister Park play area to re-open this week after £650,000 refurbishment