Nashville explosion: What we know so far about the Christmas day bombing

AUTHORITIES believe human remains were found in Nashville, Tennessee, near to the site of a massive explosion that ripped through the city on Friday.

The “intentional” explosion of an RV left several casualties and officials are reportedly looking for a "person of interest" in connection with the blast.

What happened in the Nashville explosion?

An explosion in the Nashville downtown area on Christmas Day damaged at least 41 businesses in the area and caused one building to partially collapse.

The massive blast was presumed to have come from a bomb inside a white RV parked on 2nd Avenue near the AT&T building at 6.40am.

The explosion injured three people and caused widespread damage to the surrounding area.

As of Saturday morning, Nashville police are looking for the person who reportedly owned an RV of a similar make and model as the one involved in the blast.

The person of interest has been named as as 63-year-old Anthony Quinn Warner by CBS.

On Saturday afternoon, the FBI raided a home in Antioch, about 10 miles southeast of the bombing site, according to USA Today.

“Information developed here in the course of the investigation led us to this address,” FBI spokesman Darrell DeBusk said near the house.

“At this time we are not releasing additional information,” he said, adding that details “will be released at the proper time.”

Members of the Bureau of Alcohol, Tobacco, Firearms and Explosives (ATF) and the Metro National Police Department were also at the scene conducting the investigation, DeBusk said.

On Friday afternoon, law enforcement officials say they discovered what appeared to be human remains near the explosion site.

It has not been revealed "whether the remains are from someone connected to the explosion or from an innocent victim," a tweet read.

Nashville police said: "This appears to have been an intentional act. Law enforcement is closing downtown streets as investigation continues."

Tennessee’s Governor Bill Lee pleaded President Trump for government assistance because the "severity and magnitude of the current situation" was beyond what Tennessee could handle.

"The President is grateful for the incredible first responders and praying for those who were injured,” the statement concluded.

It is unclear if the president will visit the state or administer immediate relief.

What was the video played from the RV before the explosion went off?

Before the RV detonated, an eerie countdown started playing a recording that warned the explosion was coming “in 15 minutes.”

Officers began evacuating surrounding buildings before the vehicle exploded which knocked one officer to the ground and gave him temporary hearing loss.

Roughly 30 people were evacuated from upper lofts on Second and Broadway near Commerce Street in Tennessee. 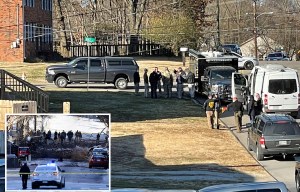 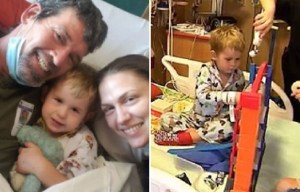 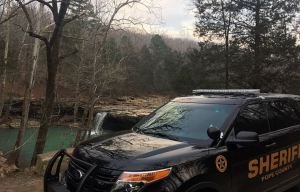 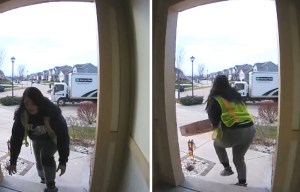 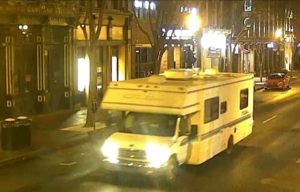 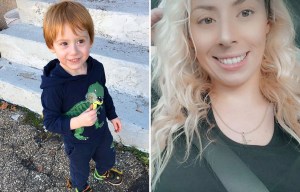 FBI Special Agent in Charge Matt Foster addressed the city on a Friday afternoon news conference claiming that authorities are working tirelessly to find the perpetrator(s).

"We will find out who did this," "This is our city, too. We're putting everything we have into finding who was responsible for what happened here today."

Nashville’s Mayor John Cooper issued a state of civil emergency at the explosion site and the surrounding area, and a curfew that started 4.30pm Friday and will go until 4.30pm Sunday.

Ainsworth, Barton, McAvoy, Rosler - Every manager to comment so far on links with PNE job

Bailey Wright on Sunderland's defeat at Wigan, and why he is not giving up on automatic promotion

Rangers loanee Thomson is one of the best that I've seen, says Clyde boss Lennon

Celtic target is brilliant and loved his spell on trial, says Airdrie's McCann

Boosting exports outside the EU

Advances mean all new US vehicles can be electric by 2035, study finds

Crunch talks loom in battle for control of Champions League

Three Hull FC players who have improved under Brett Hodgson

Hull's gridlock - how did councillors not see this coming say critics

Evatt hails 'shining example' in Bolton squad for what is expected

Aldi apologises as it issues important update over delayed stock

Hyndburn back open as pubs and independent traders welcome back customers

Chorley greenbelt protected as plans for more than 500 homes rejected

Delight at plans to renovate Kendal hotel into recovery house

Road closures and licences this week - will it affect you?

Driving a Renault Dauphine on the old streets of Darlington

Today's TV: Catch up with Kate Humble on her new Welsh farm

In search of the remains of a North-East medieval village